How dares Russia try to undermine US national-security state like that? 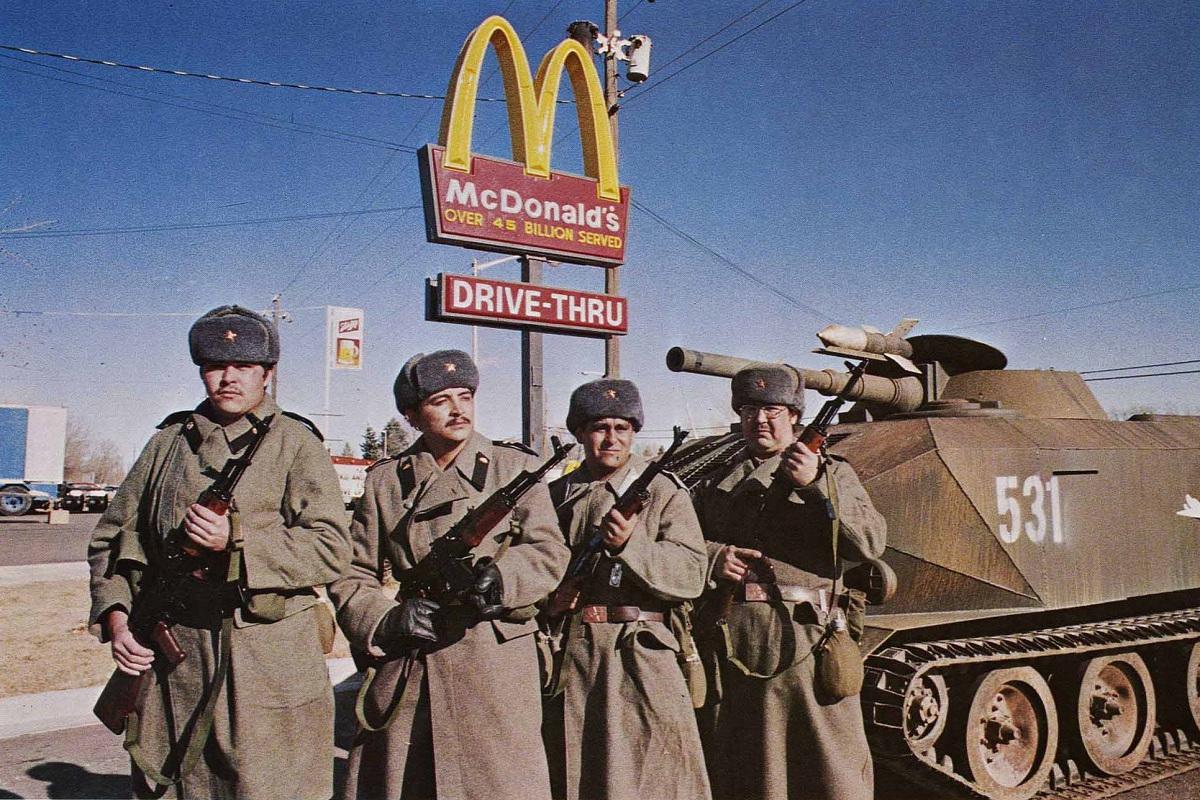 The mainstream media never ceases to remind us that Russia is an adversary of the United States … or an opponent … an enemy … a rival … an adversary … or, my favorite, a “regional hegemon.” The best proof of this phenomenon, of course, is Russia’s attempt to establish peaceful and friendly relations with the United States. What a dastardly thing to do! What better proof than that to show that Russia poses a threat to U.S. “national security”?

Here is how the New York Times described Russia’s conduct in the lead-in to a front-page article this past Sunday:

At 9:34 on the November morning after Donald J. Trump was elected president in 2016, Kirill Dmitriev, the head of Russia’s sovereign wealth fund and an informal envoy for President Vladimir V. Putin, sent a text message to a Lebanese-American friend with ties to the Trump campaign.

Mr. Dmitriev wanted to connect quickly with someone in Mr. Trump’s inner circle, preferably Donald Trump Jr. or Jared Kushner. By the end of the month, he was in touch with Rick Gerson, a friend of Mr. Kushner’s who manages a New York hedge fund.

The two discussed a potential joint investment venture. But the special counsel’s report released Thursday suggested that Mr. Dmitriev’s real interest lay elsewhere: He had been instructed by Mr. Putin, he told Mr. Gerson, to come up with a plan for “reconciliation” between the United States and Russia.

What could be more nefarious than that? Imagine: Russia trying to establish business relations with the United States. Even worse, coming up with a plan of “reconciliation” between the two countries?

Well, certainly one thing could be worse, from the standpoint of the media and the U.S. national-security establishment. That would be Russians who were trying to help Donald Trump defeat Hillary Clinton. After all, on the campaign trail Trump was also saying that he intended to establish a friendly and harmonious relation with Russia while Clinton was embracing the opposite position. In the eyes of the mainstream press and the Washington, D.C., establishment, the fact that Russia preferred the presidential candidate who favored normalizing relations shows why Russia poses such a grave threat to “national security.”

What is going on here? It’s called creating an official enemy, one that will continue justifying the post-World War II conversion of the federal government from a limited-government republic to a national-security state.

For 45 years, the Soviet Union, principally Russia, played that role. The communists were coming to get us as part of a worldwide communist conspiracy that was based in Moscow. The Reds were everywhere. Italy. Greece. North Korea. North Vietnam. Iran. Guatemala. Cuba, Chile. Congo. Hollywood, the U.S. State Department, and even the army.

If the federal government wasn’t converted to a national-security state, which was the same type of governmental structure that the Soviet Union and Red China had, everything would be lost. The commies would end up conquering the United States, taking over the federal government, and running the IRS, the Interstate Highway System, and the public (i.e., government) schools.

To ensure that Americans would go along with the conversion, President Truman was told that he had to “scare the hell out of the American people.” And that’s what U.S. officials did throughout the Cold War in order to justify the conversion and the ever-growing tax-funded largess for the Pentagon, the CIA, and the NSA.

Thus, when the Soviet Union unilaterally ended the Cold War in 1989, it was essentially an act of war against the United States. Imagine the audacity! It wasn’t supposed to do that. It was supposed to remain an official enemy into perpetuity.

That’s when the U.S. national-security establishment went into full panic mode. When people began talking about a “peace dividend,” national-security officials exclaimed that they could still be useful. They mentioned the drug war, the need for nation-building, and the exigencies of an unsafe world.”

That’s also when they went into the Middle East and began poking hornets’ nests with an invasion, occupation, bombing, killings, deadly sanctions, stationing of troops near Islamic holy lands, and continued unconditional support for the Israeli government. It all worked to produce “blowback” in the form of terrorist attacks on the World Trade Center in 1993, on the USS Cole, on the U.S. Embassies in Kenya and Tanzania, and on the WTC and Pentagon on 9/11.

Thus, after 9/11 the national-security establishment had its new official enemy — “terrorism,” which brought the never-ending “war on terrorism,” which later morphed into a never-ending religiously bigoted war on Islam. Best of all, terrorism and Islam were new official enemies that could easily last another 45 years, especially given the invasions of Iraq and Afghanistan and regime-change operations in Libya, Syria, Iran, and elsewhere.

But they never gave up trying to restore Russia to official enemy status. That’s why they didn’t dismantle NATO, the old Cold War dinosaur that was supposed to protect Western Europe from a Soviet invasion. Instead, they used NATO to begin gobbling up former Eastern European allies of the Soviet Union, knowing full well the potential such action would have in garnering a hostile and adverse reaction from Russia. They finally achieved their goal with their coup in Ukraine and their plans to absorb Ukraine into NATO, which would put U.S. troops and missiles on Russia’s borders and enable the U.S. to take over Russia’s military base in Crimea.

From the standpoint of the U.S. national-security establishment, Russia’s reaction in annexing Crimea was perfect. The old official enemy was back. By absorbing Crimea, Russia was showing, once again, how it posed a threat to U.S. “national security.” Unless the U.S. national-security establishment drew the line, the dominoes would begin falling. Ever-increasing tax-funded largess would continue to flow into the Pentagon, CIA, and NSA.

And then Trump announced that he didn’t have anything against those Russkies, just like Mohammad Ali announced that he didn’t have anything against those Viet Cong. Well, that’s a super no-no in the eyes of the establishment, not only for a world-champion boxer but especially so for a presidential candidate. Every president since John F. Kennedy, who himself came to reject all this anti-Russia claptrap, has been expected to toe the official line: Russia is an enemy … a rival … an opponent … and adversary … a “regional hegemon – a threat to U.S. “national security.” Hillary Clinton embraced the official line. Why couldn’t Donald Trump?

That’s why they targeted Trump with a regime-change operation through special counsel and impeachment. Even if their efforts proved to be unsuccessful, they would send a powerful message to all future presidential candidates: Stay on board with Russia as an official enemy. Don’t even think of normalizing relations between the two countries.

Pathetically, they have even been successful in converting Donald Trump, who has now imposed sanctions on Russia, threatened Russia for supporting Venezuela, denounced them for their actions in Syria, and is doing everything he can to distance himself from establishing better relations with Russia. The big winner in the entire anti-Russia brouhaha, needless to say, has been the U.S. national-security establishment.

Source: The Future of Freedom Foundation