"To date, Taliban haven't made a single attempt to enter Panjshir by force" 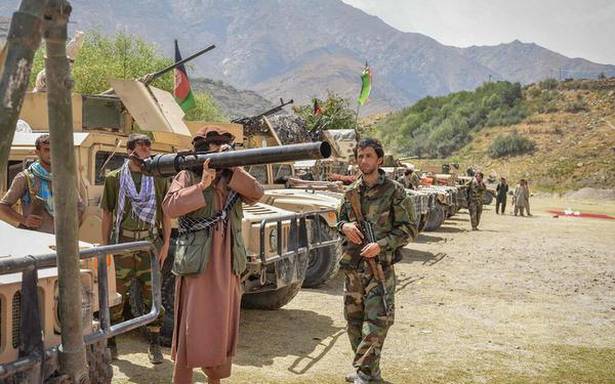 The Russian ambassador in Kabul says the Taliban have asked his embassy to convey their offer of a deal to a remaining pro-government holdout in northern Afghanistan.

Ambassador Dmitry Zhirnov said a senior member of the Taliban’s political leadership has asked Russia to tell fighters in the Panjshir Valley that the Taliban hope to reach a political agreement to settle the situation there.

The diplomat says the Taliban claim they don’t want bloodshed in the region.

#Russia/n https://t.co/Z5U8p5wlAR #Afghanistan says the #Taliban reached out to RU to help broker talks w/ resistance in Panjshir Valley.
"They wanted RU to convey to leaders of Panjshir literary the following:to date,Taliban havent made single attempt to enter Panjshir by force" pic.twitter.com/lB3ZwJJIPX

The Panjshir Valley north of Kabul, a stronghold of the Northern Alliance militias that were allied with the US during the 2001 invasion of Afghanistan, is the only area that hasn’t fallen to the Taliban.

Afghan government figures who have sought refuge there as Kabul and the rest of the country fell to the Taliban include vice president Amrullah Saleh, who asserted on Twitter that he’s now the country’s rightful president, after President Ashraf Ghani fled to the United Arab Emirates.

Moscow, which fought a 10-year war in Afghanistan that ended with the Soviet troops’ withdrawal in 1989, has made a diplomatic comeback as a mediator during the past years, reaching out to various Afghan factions, including the Taliban.

Speaking to Reuters from Kabul by Zoom, [Russian Ambassador] Zhirnov said the security situation in the capital was much better than it was before the Taliban took control of it and spoke optimistically about the future.

“The mood in Kabul can be described as one of cautious hope,” said Zhirnov.

“There was a bad regime which disappeared and people are hopeful. They say it can’t be worse so it should be better. But this is another test for the Taliban to pass. After they restore order, they should start improving the socio-economic situation,” he said.

Kabul has been largely calm, except in and around the airport where 12 people have been killed since Sunday, NATO and Taliban officials said.