Our party wants the best plan for India, a plan that can deal with the worst eventuality. We don’t want plans that are based on day dreams. Therefore, over the past month I have repeatedly recommended a staggered herd immunity approach, based on scientific and economic analysis.

The first worst-case eventuality we need to address is this: that a vaccine is not discovered or discovered after many years. (If it is found earlier, we can rapidly change plans).

Why should we be so pessimistic about the prospect of a vaccine? Some basic facts can help.

Four coronaviruses commonly infect humans: OC43 and 229E (discovered in the 1990s) and HKU1 and NL63 (discovered a decade ago). These are part of a group of 200 odd (and distinct) viruses that cause the “common cold” for which, as we all know, there is no vaccine.

In addition, two other coronaviruses can infect us: SARS and MERS. For these, as well, there is no vaccine despite scientists working on it for years. Instead, we know that “Early efforts to develop a SARS vaccine in animal trials were plagued by a phenomenon known as vaccine-induced enhancement, in which recipients exhibit worse symptoms after being injected”. Basically, a bad vaccine can kill far more of us than the virus itself.

Jane Halton, who chairs the Bill Gates-backed Coalition for Epidemic Preparedness Innovation “has warned that there is no guarantee of success”. Australian National University academic Peter Collignon has confirmed to me that: “I don’t think we can assume with any certainty we will get a safe and effective vaccine for all. We haven’t for a number of other infections eg HIV, Hep C, Dengue, RSV despite trying very hard”.

Thus, virtually everyone who knows about coronaviruses knows that a vaccine is a moonshot. Anders Tegnell, who is leading the Swedish fight against this virus is clear that “the vaccine is so far off”.

The second worst-case eventuality we should prepare for is that people will only develop imperfect immunity after recovering from the infection. A number of reports are now showing that people might get re-infected, although that is not too common. But humans do manage to develop a reasonable level of immunity against the four other (common) coronaviruses. If one is infected by one of them, one’s prospects of getting it again are greatly reduced. This suggests that it is reasonable to assume that while a vaccine for SARS-CoV-2 is close to impossible, herd immunity through infection – although challenging – is still largely viable.

And we must stop dreaming about heat making the virus disappear. It will almost certainly stay alive and kicking in some parts of the planet and spread each year with pretty much the same intensity among unprotected populations as it is currently doing.

This virus is certain to become endemic in the human population like the other four common coronaviruses, and we will need to remain on our guard against it throughout our life (even if we have got it once). Any nation that doesn’t develop strong herd immunity will be brought to its knees every year.

That is why SBP [Swatantra Bharat Paksh] supports Sweden’s well-considered approach, which is a replica of what we have been long recommending.

Sweden isolates its elderly and those with serious pre-conditions. It keeps primary schools open since this virus has virtually no effect on little children, and children are therefore the first to help society acquire herd immunity. Sweden also insists on reasonable social distancing but people are not required to wear masks, which allows the slow and sustained spread of the virus to less vulnerable groups.

Does this mean the Swedish model is perfect? No. Despite its best efforts, there will inevitably be a large number of deaths in the early stages of this approach. And it is almost certain that in the coming days Sweden will need to tighten its restrictions to prevent the overflow of ICUs.

But that’s manageable. Sweden is blessed to have one of the brightest officials in the world at its helm, Anders Tegnell. He has explained to the people of Sweden that there is no easy answer to this problem. They have understood that they have to take responsibility for themselves and their own families. The elderly have to be protected by each family. There is only so much that any government can do.

But once the elderly are safely cocooned, the remaining people are able to operate at a level of normalcy. This normalcy is, of course, quite different from regular normalcy. It includes working from home where possible, and so on. This is exactly what our party recommended on 6 March 2020.

There are strong early signs that Sweden is succeeding in a big way. On 8 April 2020 Tegnell reported that Stockholm may have reached “more of a plateau situation than before”. In particular, “Stockholm is reaching a point where the basic reproduction number of the virus is 1.0, or in other words when one person infects on average only one other person”. That is a supreme achievement, given this virus generally infects over 2.5 persons in the initial stages.

This brilliant approach is going to help Sweden rapidly get over the peak of the pandemic with a growing wall of immune Swedes blocking the virus.

In just a few weeks from now, Sweden will have defeated the virus; it would have passed like a bad flu season.

Sweden’s economy will get a small one-off hit and then rapidly recover – while the rest of the world goes into deep Depression and most developing country economies (particularly India’s, with its worst-possible policies) collapse.

Most nations are behaving like ostriches with their head buried in sand – with febrile dreams about vaccines and treatments. They want to keep their society in suspended animation while reducing the loss of life from the virus. They are oblivious to the incomprehensible cost their society will pay for indefinite lockdowns. Steve Kates, an economist I admire, has estimated that the cost to society of saving a life in extreme, extended lockdowns could be in the range of $300 million. Good luck to Western nations with that.

Of course, India can’t even dream of such big numbers. India doesn’t have much of a choice, really. It has to follow the Swedish/SBP approach immediately. No other approach is even remotely viable for its vast population – and an economy that is already on the verge of collapse.

Source: The Times of India

I don’t know about the rest of the planet but in the USA this explains the increase of the alleged virus in hospitals…Once again,,, it’s a power grab. Americans would shoot their mothers for a buck.

“Right now Medicare has determined that if you have a COVID-19 admission to the hospital you’ll get paid $13,000. If that COVID-19 patient goes on a ventilator, you get $39,000; three times as much. Nobody can tell me, after 35 years in the world of medicine, that sometimes those kinds of things [don’t] [have] impact on what we do…”

Exact points made by Dr. Knut Wittkowski. One of his comments in his interview is that the most destructive decision made was to close the schools.

the writer hasnt kept up with the news. sweden’s cases have jumped through the roof in just coupla days.

But the population will be immune – which means that they are unlikely to get a second wave in the Autumn – unlike other countries where lock down means that schools have closed and therefore fewer of the young and healthy have amassed immunity.

But how many deaths? And should they destroy their economy for what happens every year? 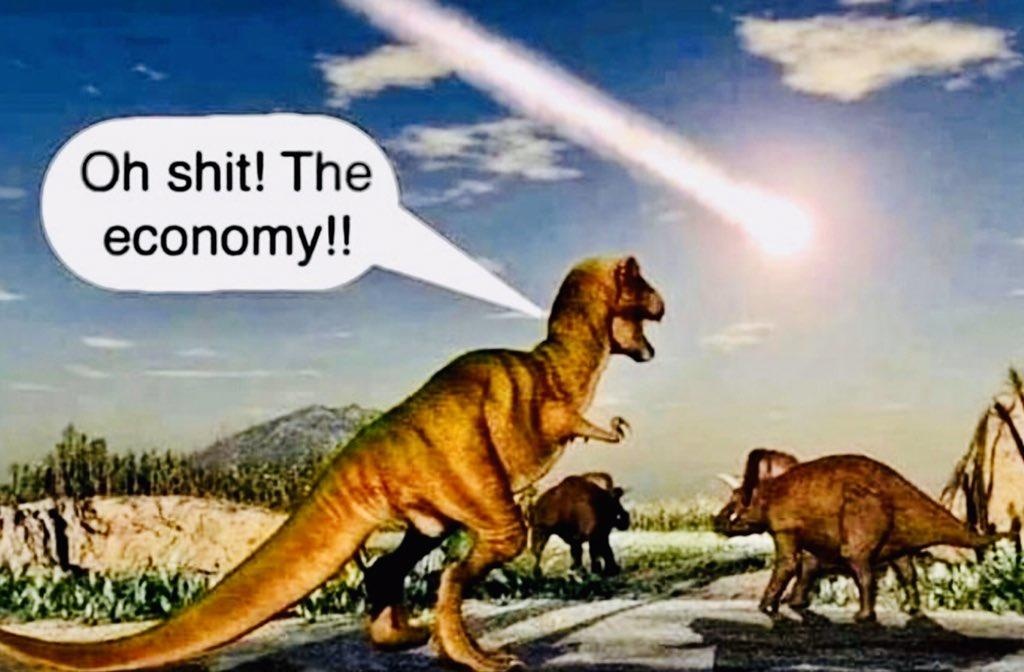 capitalism doesnt have ‘economy”. it only makes profit via plundering and exploiting.

Good article, but probably slightly exaggerates the danger Covid-19 poses. So far, even with massive manipulation and deliberate exaggeration of casualties, still only 105,000 have died (allegedly) as a result of the illness. This is just one-sixth of the number – 640,000 – who died of the flu in 2018.

To most compartimentalized researchers, medics, journalists, politicians, authorities, philosophers etc., anthropology is something that relates to “wild tribes out there”, culture to La Scala in Milano, and sociology to homeless people and their ilk. If this wasn’t the case, they would realise how useless it is to put pineapples and crab apples in the same mental basket, or, in this case, to apply to Sweden what befits India (or vice-versa: lest anyone should take me wrong, I wouldn’t want to live in either country.)

It would not take much, one should think, to notice that realities — population numbers and density, climate and geography, intergenerational relations, food habits, cultural norms, to name just a few — are vastly different in both places. Still, b/w one-size-fits-all approaches seem to always turn out to be the rule (Iranian journalist Ramin Mazaheri being one of the very few exceptions that confirms it.)

Take the current UK NHS: why they collect money from ...
8

Ukraine Is Becoming ‘Anti-Russia’, Putin…
16 May 21 by jm74
Putin is only stating what has been obvious ever since ...

Ukraine Is Becoming ‘Anti-Russia’, Putin…
16 May 21 by Ronnie
Putin whispers ….“Let the buildings fall,” as the man at ...
Who or What Is Empire?