Sweden recognizes isolation is as much of a threat to health than any virus, and that goes for the elderly as well 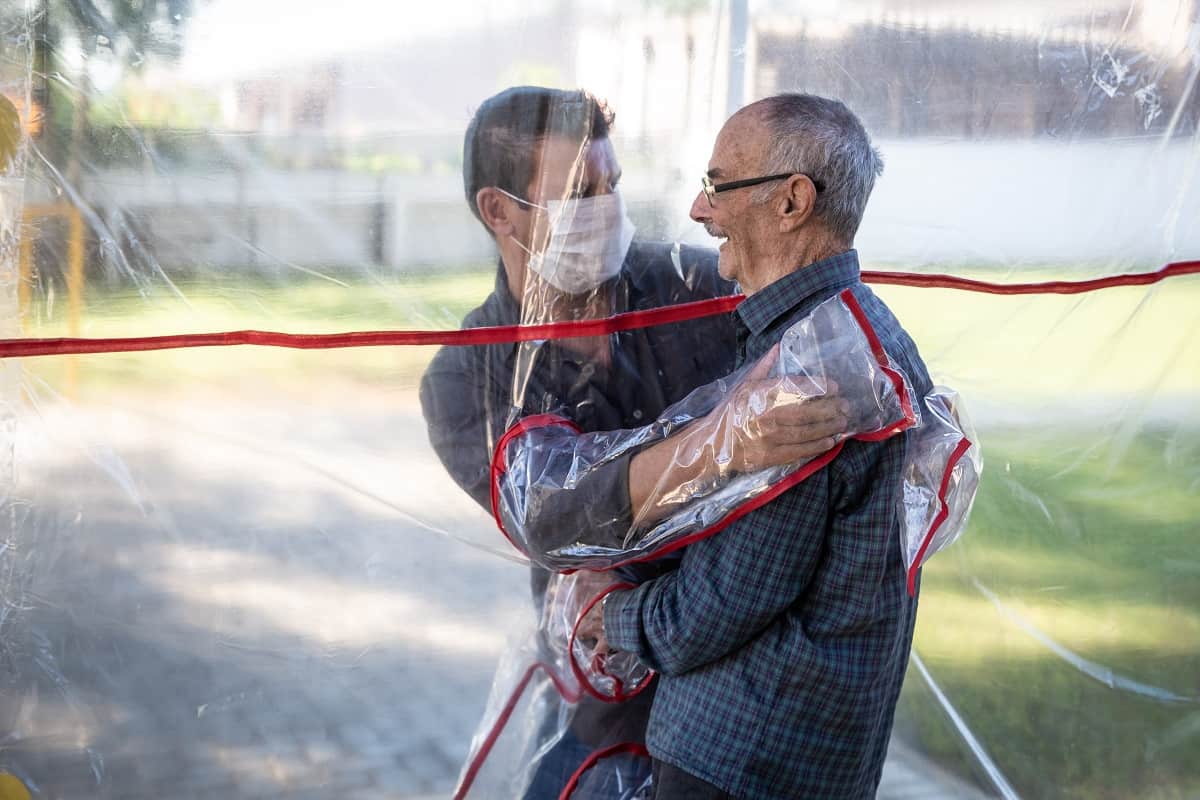 Sweden has rejected lockdown and face masks, but infections there are on the rise again. Yesterday, its public health agency published a report noting this – and pointing out that the elderly are at the gravest risk. In any other country, you could guess what would come next: a crackdown or curfew, a ban on socialising, a “rule of six”, no more seeing grandchildren. But what the officials had to say next was – to British ears – astonishing.

The elderly, they said, have suffered enough. They have spent months being advised to avoid public transport, shopping malls and other parts of everyday life. And the result? Loneliness. Misery. This is more than unpleasant: it quickly translates into depression, mental health issues and mortality. “We cannot only think about infection control,” said Lena Hallengren, Sweden’s health minister, “we also need to think about public health.” An important distinction: focus on Covid to the exclusion of other conditions and you risk lives.

Sweden is perhaps the first country in the world to make this case so clearly: isolation kills too. We now know much more about the virus, said Ms Hallengren, but we also know more about the side effects of lockdown – and even in Sweden’s case (where restrictions were voluntary) these effects are severe. Her 21-page report found a “decline in mental health” that was “likely to worsen the longer the recommendations remain in place”. So restrictions for the over-70s have been abolished forthwith, even with Covid rising (albeit slowly). And all this in the name of public health, not the economy.

If Sweden has found this problem, we can expect it here too. Our official surveys show rates of depression doubling amongst the over-70s (and trebling amongst the young) since lockdown was imposed. But here, the debate is very different. When argument is made for Tier 2 and Tier 3 restrictions – outlawing home visits and indoor socialising – there’s no mention of the side effects. Given that most Covid deaths are among the over-80s, it has been assumed that this whole lockdown project is for the benefit of the elderly. But this can overlook how they can be harmed, too.

Most pensioners in Britain are, at present, banned from receiving guests – friends or family – outside their designated support bubble. The Swedes are now emphasising the effects of such isolation. Lack of stimulation and mobility means increased blood pressure and faster cognitive decline. Studies have shown that unvisited, lonely pensioners are twice as likely to develop Alzheimer’s and three times as likely to have a heart condition. This is for normal times, when society is open: loneliness may become an even bigger problem when young people are advised by ministers not to “kill granny”.

She is at higher risk yet has more common sense than the expert class attempting to control every aspect of life.

“It’s all ridiculous. We should of never been in lockdown… Who is going to pay for it? The young ones. Not me cause I’m going to be dead.” pic.twitter.com/NljfI0SVWY

Preparing for winter has been a Swedish obsession for centuries, so they have some expertise in how to survive them. It was researchers at the Karolinska Institute in Stockholm who found that pensioners with fewer social contacts are 60 per cent more likely to develop dementia. So looking after the elderly means thinking of ways to visit, to get people moving, to encourage them to move about. In Britain, there’s far less discussion about how to make the most of the last years of life. Maybe that is why a pensioner is more likely to die of the cold in Britain than in Sweden.

You can perhaps argue that the calculation won’t apply in Britain because the virus is now so widespread here that Covid is the bigger risk. But that’s not the argument being made. There’s still a see-no-evil approach to the side effects of lockdown, which are simply not being modelled in the way that Covid deaths are. This makes it far harder for Boris Johnson to balance the risks, or identify the point at which the cure becomes worse than the disease. When Manchester and Yorkshire were put into Tier 3 restrictions, there were plenty of graphs looking at the virus – but none looking at the side-effects.

The basic point is that it’s not just about the number of years you live, but the quality of those years. Someone aged 60 may be more inclined to go for a lockdown than those in their 80s, many of whom would be quite happy to run the risk, see their friends and go about their life. Those living alone (as almost half of over-70s do) may really struggle this winter: they’re allowed to form one “support bubble” with one other household, but that’s their lot.

Polls show that pensioners are keen on lockdowns, but we seldom hear from those opposed. We did this week when one octogenarian was stopped outside M&S in Barnsley and asked about the coming restrictions. Two million people have now watched Maureen Eames’ answer on social media, such was her eloquence. She declared herself not overly worried about the virus (“I’m 83, I don’t give a sod”) and unpersuaded of the merits of Tier 3 lockdowns. “I’ve not got all that many years left of me,” she said “and I’m not going to be fastened in a house when the Government have got it all wrong.” Her main concern was for the young, having to pay for the surge in unemployment. She would not pay, she said, “because I’m going to be dead.”

At times, it seems Britain is still stuck in the lives vs money fallacy – talking as if the problems of lockdown can be remedied by Rishi Sunak writing a very large cheque. He was doing so again yesterday – but money can’t buy company or stem the mounting mental health crisis. Those in care homes are, in all too many places, banned from seeing their family at all – which may make sense in terms of the virus, but is certain to make life more miserable. And probably shorter.

When Britain first locked down, there was no time to do such calculations. We knew nothing about the virus and it made sense to buy time, to learn more. We can now look around the world and see the effects – not just of the methods of suppressing the virus, but about the mental and physical toll taken by the experiment of lockdown. It may well be that the price of isolation is worth paying: then, and now. But we should, at least, be honest about that price.