Surviving on Russian Gas From Ruble-Paying Germany, Poland Says Countries Paying in Rubles Should Be Penalized 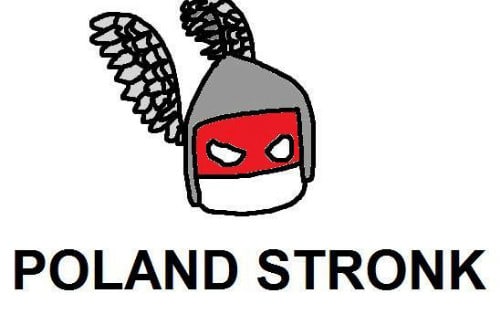 Editor’s note: If only everyone could be as “principled” as Poland.

Principled Poland declined to open ruble accounts to make the payments, then cried foul when Russia stopped delivering gas that was going unpaid.

Principled Poland then ramped up purchases of Russian gas from Germany at a premium.

Russian gas that Germany will pay for via ruble-denominated accounts.

So principled Poland is now saying that countries like Germany that will make deposits to ruble accounts must be sanctioned.

The European Union should penalise countries that use roubles to pay for Russian gas, Poland’s climate minister said, following Moscow’s decision to cut off supplies to Poland and Bulgaria over their refusal to do so.

EU member states appear split on how they can keep paying for gas without breaching European sanctions imposed over Russia’s Feb. 24 invasion of Ukraine. Many nations in Europe remain heavily reliant on Russian energy imports.

Poland, one of the EU’s staunchest proponents of punitive sanctions against Moscow, says the bloc should ban purchases of Russian gas altogether. [While they continue to indirectly buy it themselves…]

“We are counting on there being consequences for these countries (which pay in roubles) and that as a result they will cease paying in roubles.”

She did not specify what kind of consequences Poland wanted to see.

Russia’s new gas payments system, involving opening accounts at Gazprombank where payments in euros or dollars would be converted to roubles, offers wiggle room that could see some countries continue to buy Russian gas, fraying the bloc’s united front against Moscow.

German power utility Uniper told the newspaper Rheinische Post on Thursday that it would transfer payments for Russian gas to a Russian bank and no longer to a Europe-based bank.