2.25 million since 2017 after Saudis droped US bombs on water treatment infrastructure 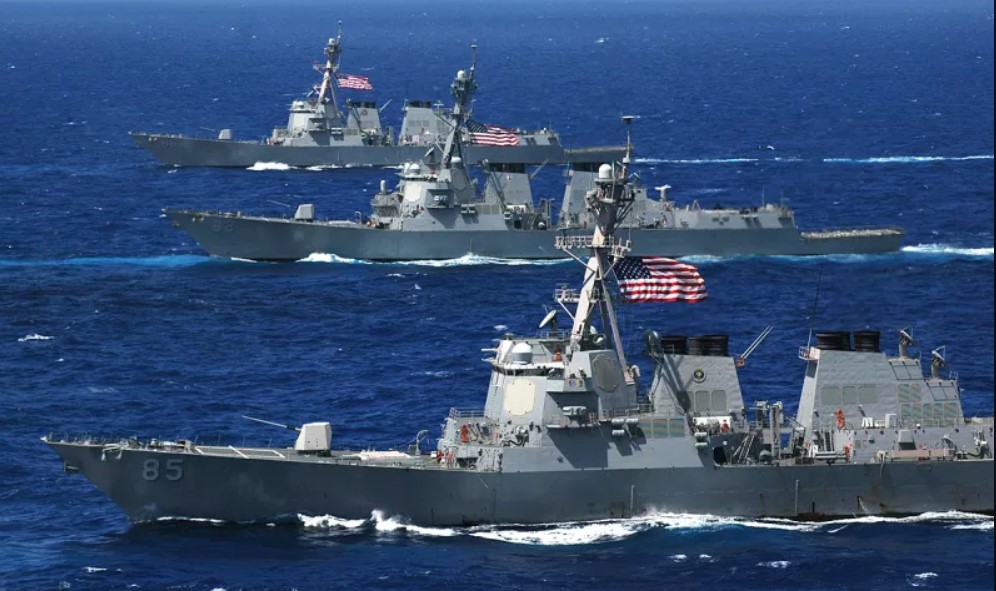 As Americans are gripped with fear over the coronavirus, the cholera epidemic quietly continues in Yemen. The disease spreading in Yemen is not some new untreatable virus, but a well-known illness that can be easily prevented with access to clean water, or with a cheap oral vaccine. The outbreak is a direct result of the barbaric US-Saudi siege on the country that started in 2015.

The cholera outbreak started in Yemen in October 2016. The outbreak exploded in 2017 when the country saw over one million cases, the worst cholera epidemic since records started in 1949. In 2019, Yemen experienced the second-worst year, with over 860,000 suspected cases.

The international humanitarian organization Oxfam has warned the rainy season in Yemen will cause a spike in cholera cases, as it has in previous years. The rainy season starts in mid-April and lasts until August.

Cholera is an infectious disease that causes severe diarrhea and vomiting, which can lead to dehydration and death if not treated properly. People catch cholera by drinking contaminated water or coming into contact with a person’s feces who has the disease. Treatment for cholera can be as simple as drinking water and taking antibiotics. Countries with compromised water and sewage infrastructure are susceptible to a cholera outbreak.

Five years ago, in March 2015, Saudi Arabia and its allies began bombing Yemen after the Houthis gained control of the capital Sanaa. At the same time, the Obama administration released a statement pledging military and logistical support to the coalition. Since the bombing campaign began, the US-Saudi coalition has targeted vital civilian infrastructure, including water infrastructure.

The Yemen Data Project has compiled all available data on coalition airstrikes on Yemen from March 2015 to January 2020. According to the data, 97 airstrikes directly hit water infrastructure, which includes water tanks, water trucks, wells, water and sewage plants, and water desalination plants. The worst year for hits on water infrastructure was the year the cholera outbreak started, 2016, when 30 bombs hit water targets.

Attacks on water infrastructure are just a small sample of the atrocities committed by the US-Saudi coalition. The coalition has also hit hospitals, schools, farms, fishing boats, houses, and market places. Direct targeting of civilian infrastructure, and the blockade on the country enforced by the US Navy, has created what the UN calls, the world’s worst humanitarian crisis. The latest report from UNICEF puts the number of Yemeni people in need of humanitarian assistance around 24 million, about 80 percent of the population.

It’s tough to know exactly how many people have died in Yemen since the war started. The Armed Conflict Location & Data Project (ACLED) announced in October 2019 that over 100,000 people had been killed in direct violence during the war, 12,000 of those deaths being civilians.

The UN released a report in April 2019 that said if the conflict ended that year, it would have accounted for 233,000 deaths. The UN breaks these numbers up into 102,000 combat deaths, which reflect the ACLED numbers, and 131,000 deaths due to lack of food, health services, and infrastructure. If the conflict continues through 2022, the UN predicts it will be responsible for 482,000 deaths. In the nightmare scenario that the war is not over until 2030, the UN predicts the war will kill 1.8 million people, the majority of those deaths being children under five.

There have been efforts in Congress to end US support for this genocidal war, but they have all been vetoed by President Trump. In April, Trump vetoed a bipartisan bill that would have ended US involvement in the war, and in June, he vetoed resolutions that would have blocked arms sales to Saudi Arabia and the UAE.

The latest effort to end the war was an amendment to the National Defense Authorization Act (NDAA) that would have terminated the flow of US logistics, intelligence, spare plane parts, and other forms of support to Saudi Arabia. In the end, this amendment was gutted from the NDAA, and US support for the war continues.

Most people arguing in favor of supporting the Saudi’s brutal campaign in Yemen cite the Iranian threat. In September 2019, an attack on Saudi oil infrastructure that severely damaged oil output was blamed on Iran, even though the Houthis immediately took credit for it.

Before the September attack, the Houthis had launched similar attacks inside Saudi Arabia, and Houthi drone technology was the subject of much reporting. But these facts were thrown down the memory hole as the hawks in Washington used the attack as justification to increase troop presence in the Middle East and continue support for the war on Yemen. In response, President Trump sent a few thousand troops to Saudi Arabia, showing the world that Saudi oil is far more valuable than Yemeni lives.

The cholera epidemic is just one example of the challenges Yemenis are facing every day. And the war in Yemen is just one example of the dire humanitarian crises created by US imperialism. In the midst of a global pandemic, Washington still maintains crippling sanctions on Iran and Venezuela. Iran has been hit particularly hard by coronavirus, and nobody should criticize the response of the Iranian government without recognizing the impact of US sanctions.

In the face of coronavirus, Americans are scared. Schools and businesses are shutting down across the country. People are rushing to the stores to stock up on toilet paper, food, and hand sanitizer. Now would be a good time to stop and think about the people of Yemen who have been dealing with an outbreak of a deadly disease for years. A man-made outbreak, not only exacerbated by but directly caused by US intervention.