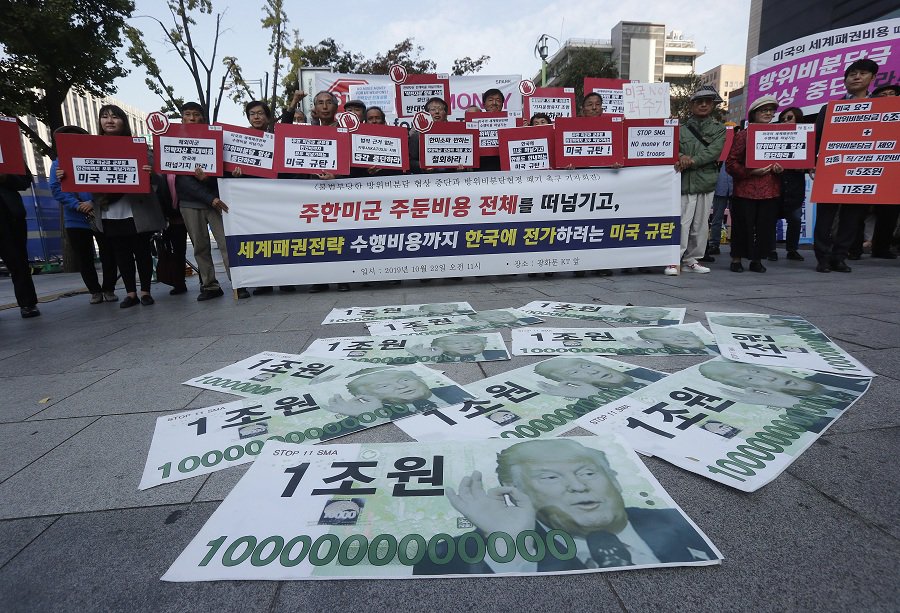 Two days of negotiations between the US and South Korea on cost-sharing of the US military presence have ended in failure, and there are no more talks scheduled before the existing deal expires on December 31.

President Trump’s last minute demands for a massive increase could be shaping up to be a huge mistake, as South Korea was already paying more than most nations do for US troops, and had agreed to a more modest increase. Getting from $800 million per year to around $1 billion per year was one thing, but Trump’s zero-hero demand for $5 billion per year angered many in South Korea.

The US didn’t do a good job of justifying this unprecedented increase, either, with administration officials arguing that South Korea is rich and therefore could afford it. With South Korea working on improved military ties with China and making peace overtures to North Korea, however, it isn’t clear that what they could afford is even necessary.

South Korea says that work will continue on a fair and reasonable agreement, while US officials have refused all comment. This once again gives the impression that the US is intractable on the matter, which is driving a lot of popular opposition in South Korea.