SORRY TO HAVE KILLED YOU: Cancer Patient Left Inoperable After Lockdown Delay

"After 52 rounds of chemotherapy the cancer became operable, which was a great sign" A bowel cancer patient whose operation was cancelled due to Covid-19 has said “people will have died” from delays.

Adrian Rogers, 46, was due to have an operation in April, but after treatment delays his cancer became inoperable.

The scaffolder from Retford, Nottinghamshire, said the government could have done more to ensure beds were available for the most vulnerable.

The government said: “It is incredibly sad to hear of cases where cancer treatment has been affected.”

“After 52 rounds of chemotherapy the cancer became operable, which was a great sign,” he said.

He was taken off chemotherapy for eight weeks to allow his immune system to recover enough to survive an operation at the Manchester Royal Infirmary.

But his treatment was cancelled because he was told it was too risky for him to share an intensive care ward with Covid patients.

Due to the delay, Mr Rogers grew 20 tumours and his condition again became inoperable.

He believes not enough was done by the government to ensure beds would be available for cancer patients most at need.

He said: “People will have now died as a result of delays to treatment.”

Mr Rogers is continuing chemotherapy and is set to begin using a drug called Avastin, which is not available on the NHS.

His wife Amanda has raised £27,000 through GoFundMe for the treatment.

Manchester University NHS Foundation Trust said it had continued to provide cancer care to patients except when “the risks of treatment outweigh any benefit”.

A Department for Health and Social Care spokesperson said: “Cancer diagnosis and treatment has remained an absolute priority.”

Cancer Research UK said 20,000 fewer treatments took place between April and July across England, a 28% drop compared with the same period in 2019.

Chief executive Michelle Mitchell said the Covid-19 pandemic has had “a devastating impact on cancer services and the lives of cancer patients”.

She said there are concerns a backlog of patients is not “being cleared quickly enough”.

The cancer probably could have been reversed with simple improvements in nutrition following Dr. Nicholas Gonzalez’s protocols. The late doctor cured 70% of stage 4 patients that came to him in time. He died of a mystery heart attack, as many alternative doctors do.

Once it reaches stage four (as in this case) simple improvements in nutrition won’t be up to the job. More radical measures,would be required, such as complete fasting, caesium chloride, restricted ketogenic diet, high-dose intravenous vitamin C, etc. It is ironic, but conventional cancer therapy kills so many patients unnecesarily that the criminal lockdown may have spared some of them from this fate (given that many tumours arise and resolve themselves without ia person’s awareness).

That is exactly what the FDA, AMA, and pharmaceutical companies want you believe. All improvements in nutrition are simple compared to iatrogenic methods. A properly nourished and functioning immune system will prevent the appearance of clinical cancer. Dr. Gonzalez’s protocol worked on many more things than cancer and his widow created a foundation to insure they didn’t pass into obscurity.
thegonzalezprotocol.com

Not at all. Why do you assume that i listen to anything the FDA, or the AMA says? It is simply a question of the stage at which a nutritional intervention is carried out. If a cancer is metastatic, then – as a rule – it takes far more than “improvements” in nutrition to reverse it. Autophagy needs to be activated, which implies fasting and a subsequent restricted ketogenic diet, together with other stage IV protocols. I do not say this as a mere observer, but as a practitioner of naturopathic cancer protocols.

I greatly admire Dr. Gonzalez’s work, but his protocols were not limited to nutrition alone. The proteolytic enzymes which he used were not obtained by the mere changing of dietary regime. these have to be extracted and concentrated.

An additional confounding factor is that many of the patients who turn to naturopathic methods have already been severely injured by chemotherapy and/or radiotherapy. Given the consequent debility of the immune system, tumour cells and their glycolytic pathways will continue to spread in an environment of high lactic acid and low oxygenation. So, more intensive interventions are often called for, such as photodynamic therapy, hyperbaric oxygen etc.

It depends on what you call improvements. Autophagy is normal in a well–nourished body. Proteolytic enzyme are available in most vitamin stores. Disease that is caused by nutritional deficiencies are best reversed by the elimination of those same deficiencies. The worst deficiency is that of the simple knowledge of proper nutrition and that has always been exacerbated by the fact that those in the healing arts are the most ignorant of the cause of disease.
Nutrition is anything the body needs that occurs naturally. Things that become therapies tend to be that which occurs naturally in an unnaturally concentrated form. Concentration is unnecessary if they weren’t deficient before.

Re: “those in the healing arts are the most ignorant of the cause of disease.”

Not sure who you’re referring to here. The ‘healing arts’ are not uniform or monolithic, even within conventional medicine. For any condition for which i was diagnosed, i would not’ consult a car mechanic.

“Proteolytic enzyme are available in most vitamin stores.”

Proteolytic *digestive* enzymes may be available in most places, but proteolytic *systemic* enzymes are harder to come by, and should be specially formulated for cancer patients. It’s important not to confuse the two. Systemic enzymes such as trypsin and chymotrysin are produced iby the pancreas in the fasting state (and these play a critical role in autophagy). Digestive enzymes (while still important) are designed to break down and transport food nutrients, NOT to work against tumours.

Re: “Concentration is unnecessary if they weren’t deficient before.”

Deficiency of systemic enzymes is something that occurs with age (and, of course, a lifetime of eating cooked food). But there is no eating regime by itself that can reliably reverse an established cancer in patients middle-aged and beyond. Once a tumour is established, its excreted lactic acid will be converted into glucose by the liver, which then goes back to feed the original tumour in a positive feedback loop. Breaking that feedback loop is difficult but essential. Certain tumours are also hormonally driven, other are stimulated by ionising (& even non-ionising) radiation, and breast cancer cells have been shown to be stimulated by the omniprsent herbicide glyphosate in the parts *per trillion*. Given all this, dietary change alone will not work in a majority of mid-life and elderly patients with advanced stage IV conditions. Autophagy, sunlight exposure, protection from excessiv non-native EMFs, glyphosate detoxification, emotional release, together with techniques for automic regulation (Gonzalez talks about this) are all required to reverse this metabolic disorder. Don’t take cancer lightly.

I don’t consider those in “conventional medicine” to be healers in any sense of the word. They were only taught application of pharmaceuticals to producing a profit for themselves and their employers and I would not trust them to treat, let alone cure, that which they were not taught anything about than to follow “standards of care.”
Proteolytic enzymes become systemic when taken on an empty stomach, which requires more timing than intravenous chemotherapeutics.
Gonzalez is the only doctor that I’ve read that makes a serious distinction regarding what a patient eats aside from its interaction potential with oral medications. His extensions of the work of doctors Kelley and Beard was the key to his successes with advanced cases. This is something that I’ve seen nothing about from any other doctor. Since I am only an autodidactic self-treater, your professional experience might be different.
Do you have any experience with Dr. William Wong’s theories?

Re: “Proteolytic enzymes become systemic when taken on an empty stomach.”
Yes, some of them do, but trypsin, chymotrypsin and pepsin are the principal proteolytic systemic enzymes, and these are not typically present in most commercial enzyme formulas (pepsin sometimes is).

re: “I don’t consider those in “conventional medicine” to be healers in any sense of the word.”
That is drawing too hard and fast a line between the disciplines. In practice, it’s not quite like this. Many of the great naturopathhic and nutritional practitioners emerged from “conventional medicine”, From the Orthomolecular medicine crowd (including Linus Pauling) to Dietrich Klinghardt to Sarah Myhill or Dr. Sircus (who practises “natural allopathic medicine”)

Re: “Do you have any experience with Dr. William Wong’s theories?”
I’m unaware of him. Is his work it cancer-related?

Good news for the SRF & Billionaires & jesters and ALL the doctors and nurses that are helping with OPERATION COVID.

The more deaths the better for them. 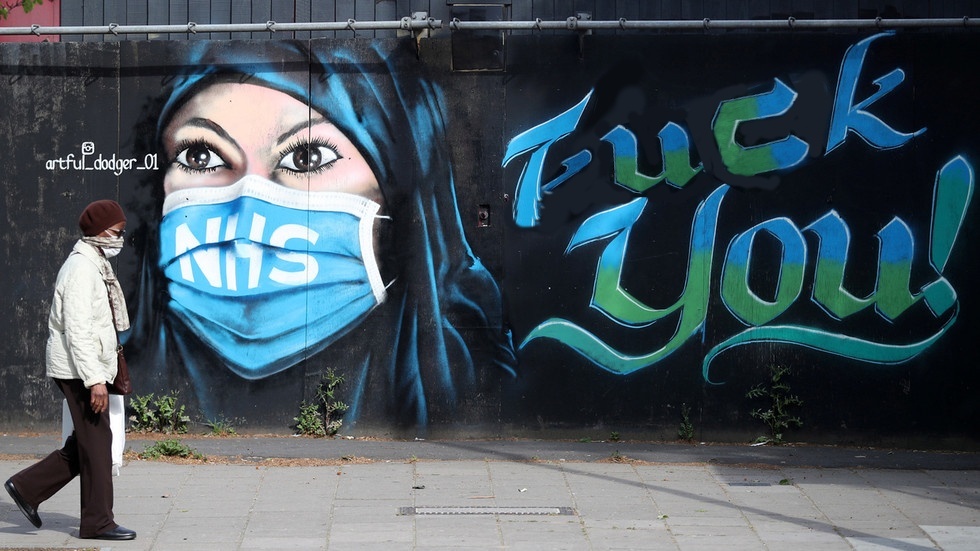 This is a tragedy that should not have happened. The media is covering up the number of people who have died due to the shutdown and not covid. I believe that number is much larger than those who have died of this virus.