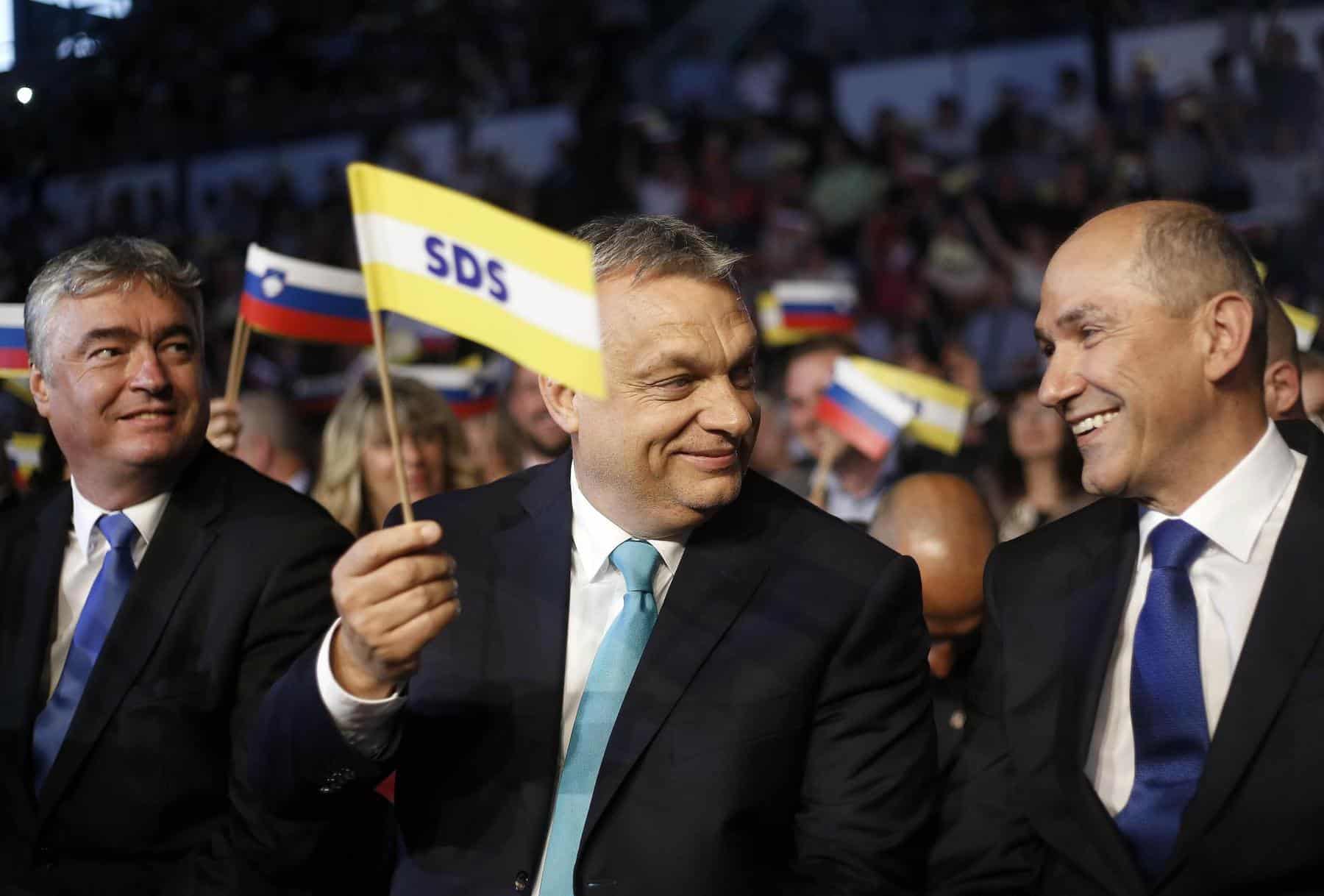 Editor’s note: To be fair since WWII Slovenia is quite left-leaning. Not necessarily woke but old-timey anti-clerical (think France) and isn’t too similar to Poland or Orban’s Hungary in that respect. The right-wing Janša being the PM is more of a coincidence, as he rules together in a coalition with lefties, against other lefties who are outside the government. That is to say, he benefited from disunity among the left and pseudo-left parties which combined actually captured two-thirds of the vote as they always do.

Western European countries are counting the days until Janez Janša’s reign as Council of EU president comes to an end. His time in the role has perfectly illustrated the massive differences that exist between the member states.

Since June, Slovenia has held the six-month presidency of the Council of the EU, which is fitting – or one could say ironic – because it coincides with the 30-year anniversary of the country’s independence.

The rotating nature of the presidency is meant to project a sense of unity and altruism; a statement that the European Union is a shared venture between willing and cooperating member states who hold the same values.

However, Slovenia’s presidency has done no such thing. Indeed, all it has achieved until now is to shine a light on the differences that exist between Eastern and Western Europe.

Slovenia’s Prime Minister Janez Janša has been a constant thorn in the side of the EU recently, and one suspects that Brussels cannot wait until his six-month term comes to an end on December 31.

The Slovenian presidency was not greeted with much enthusiasm in Brussels in the first place, as Janša was viewed as too authoritarian and populist, which is something the EU despises most of all. [This alleged “populism” did not prevent him from being one of the continent’s most fanatical lockdowners and coerced vaccinators. He was however 100% on the Trump train and was sticking up for him on Twitter long after November 3.]

Moreover, Janša’s closeness to Hungarian PM Viktor Orban, who is viewed as a bogeyman by the EU, has not endeared him to either the Brussels bureaucrats or Western European leaders. Orban, it seems, is in constant conflict with the EU on a whole range of issues, spanning from immigration policy to LGBT rights, and also press freedoms.

Not only has Janša backed Orban, but he also supports Poland, which is, at present, in a dispute with Brussels over the primacy of EU law. Janša warned the EU back in late 2020 that “the ‘rule of law’ means that disputes are decided by an independent court and not by a political majority in any other institution…we need EU institutions that will not be involved in member states’ internal political conflicts.”

The Slovenian government also sees its Central European partners as its political kith and kin, and obviously feels increasingly out of step with the aggressive liberalism of Western Europe. Recently, Janša attended the Demographic Summit in Budapest, a gathering to promote family and Christian values, whilst rejecting the need for mass immigration into the continent.

Indeed, rather than allow for mass immigration, Janša argued that “we need to make it easier for young people to start families. We need to support the family as the fundamental unit of society.” This is not the sort of language that the largely atheist Brussels wants to hear from the president of the Council of the EU.

However, these plans were kiboshed by a number of Western European capitals, who worried that the incorporation of the Balkan nations into the bloc would lead to another surge of economic migrants heading west. Indeed, what many of the Western European leaders fear most is another Brexit, and therefore the brakes have been applied on the expansion east, leaving the irate Slovenes with egg on their faces.

This week, however, relations have hit a new low. A European Parliament delegation, headed by the Dutch liberal Sophie in ‘t Veld, has travelled to Ljubljana to assess Slovenia’s situation regarding rule of law, media freedoms and corruption.

Janša obviously objected to the composition of the delegation and tweeted that the MEPs were “13 of the 226 known Soros puppets in the EU parliament” – a reference to the Jewish Hungarian-American financier George Soros.

Although the tweet has since been deleted, the damage has been done. The Dutch PM, Mark Rutte, stated that “I condemn it in the strongest possible terms,” adding that his government had “just conveyed this same sentiment to the Slovenian ambassador in The Hague.”

I am sure that the mandarins in Brussels are counting down the days until they can be rid of this Slovenian pest. They will be looking forward to January 1, when, in their view, normality can be restored, as France takes over the presidency.

Although President Macron will use the role to strut like a plastic Napoleon on the world stage, virtue signal, and bash the Brits, at least the EU will have someone it broadly trusts to say the right things and do its bidding.

The Slovenian presidency has been a disaster for Brussels, because it has laid bare the cultural and political differences that plague the bloc. It is clear that Western Europe and the Central and Eastern European states have different views about what the EU is and where it is headed. Inevitably only one side can win, and the result could well be the disintegration of the EU altogether.