Slovakia With a “Voluntary” Mass Testing Scheme, But If You Don’t “Volunteer” You Can’t Work, Enter Shops, or Go Outside

Totally voluntary except for the threatened house arrest without trial part

Slovakia has just pulled off a feat that no other country has managed: It has tested almost its entire teen and adult population to find out how many are infected with the coronavirus.

A total of 3,625,322 Slovaks over the age of nine were given antigen swab tests over the weekend, with 38,359 testing positive. The number tested represents 95 percent of the targeted population of about 3.8 million.

The idea is that a negative test result exempts people from the curfew imposed this week and allows them to enter shops, provided they show the result.

“This will be a significant step for all of Slovakia on how we can win the fight against COVID-19,” Matovič said, describing the approach as an alternative to a hard lockdown.

“It means we don’t have to kill the economy,” he said. “This is a smarter solution.”

It was the first such mass testing project carried out by a country of Slovakia’s size. Other nations will be watching to see if this strategy can be effective in slowing the spread of the virus and limiting its economic damage.

Infection rates began to rise rapidly in August and September, with thousands of new infections detected daily, reaching a high of 3,363 on October 29. As of Sunday, when Slovak labs detected 1,883 positives, the country had recorded 61,826 COVID-19 infections and 219 deaths attributed to the virus.

More than one-quarter of the total number of infections and deaths were recorded over the week of October 25 to 31.

Some 40,000 medics, soldiers, firefighters, police, local administrative employees and volunteers helped carry out the testing, which was performed at about 5,000 sites around the country. The tests were free and voluntary, but those who refused to be tested will have to self-isolate for 10 days in their homes. 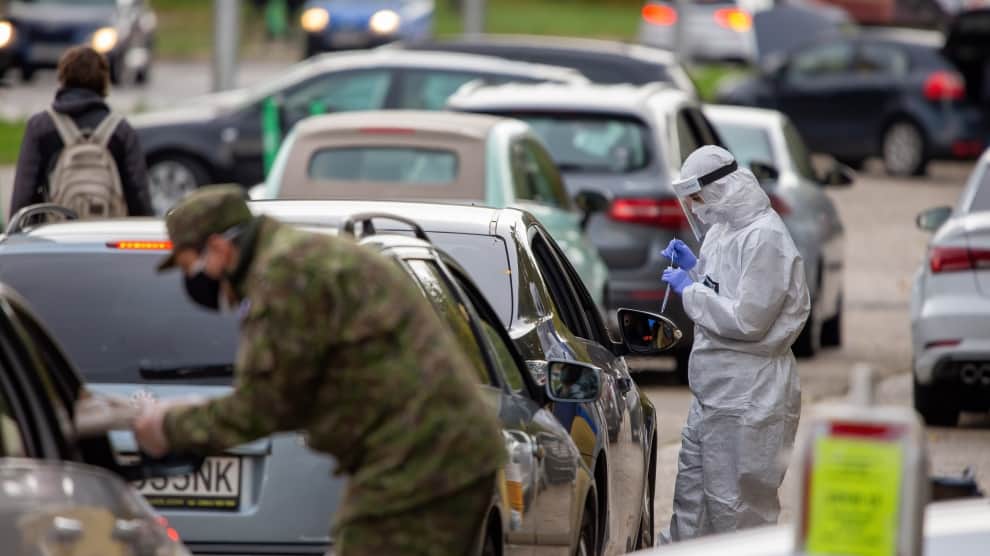 Matovič went on Facebook late Sunday to thank those who took part in the project, writing: “You did it and without you this little big miracle could not have succeeded.”

In the run-up, the project had some prominent detractors, including President Zuzana Čaputová, who asked to have the testing delayed because of a lack of medical staff. However, on Sunday she took to Facebook to call the project a success.

Others questioned the decision to use the antigen swab test, which has had its accuracy questioned by studies in The Lancet and elsewhere. Some infectious-disease experts had warned that the project was a risky public health decision and could undermine public trust in measures to control the pandemic.