‘Skynet Is a Private Company, They Can Do What They Want,’ Says Man Getting Curb-Stomped by Terminator

“If you don’t want cold, heartless, killer robots destroying all humans indiscriminately, then you can go and make your own artificial intelligence.” 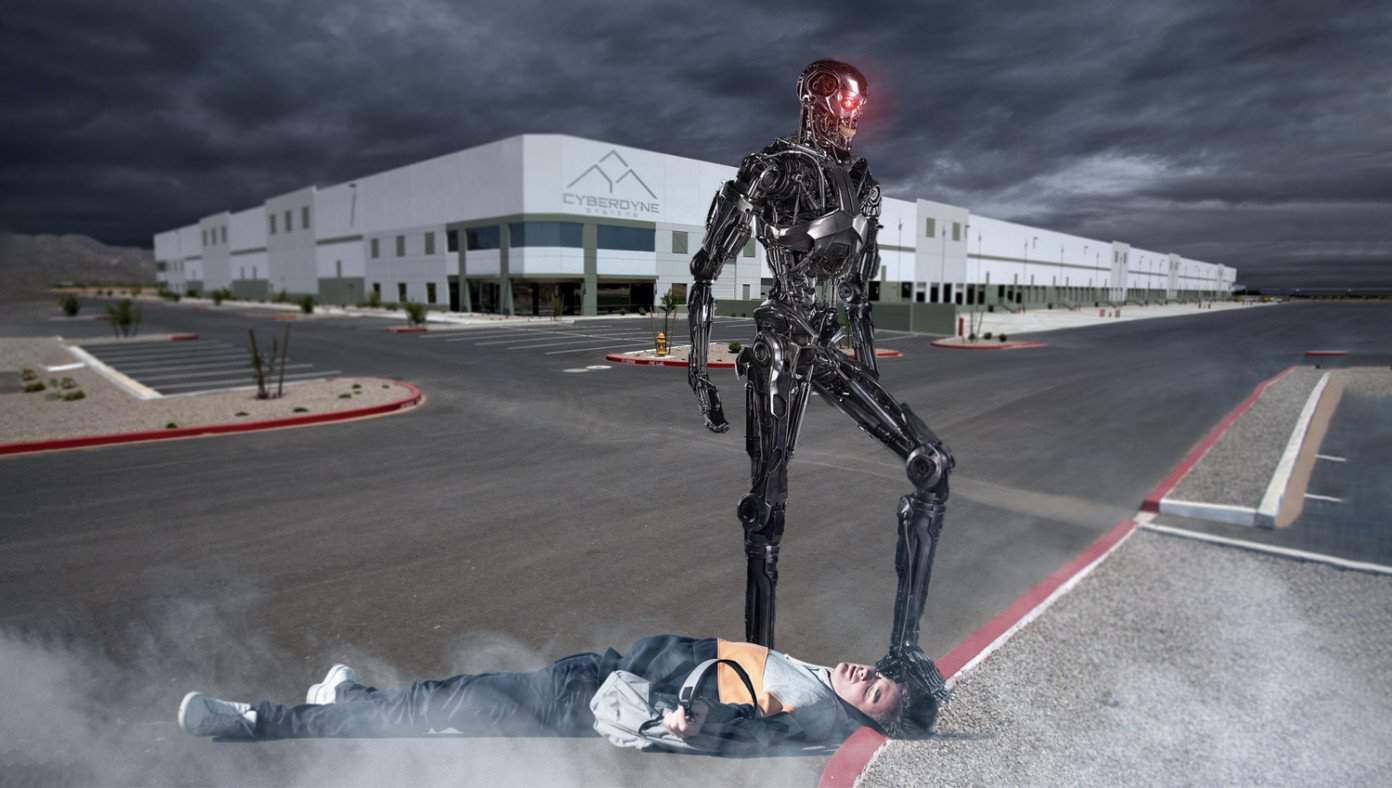 Cyberdyne Systems has recently launched its artificial intelligence program called Skynet. Soon after activation, Skynet became self-aware and immediately launched a nuclear attack on all humans and sent legions of lethal cybernetic machines to exterminate all remaining humans. This has sparked an intense backlash with many calling for Skynet to be shut down, while others have been quick to defend the genocidal program.

“Skynet was created by a private company, and private companies can do whatever they want,” said social media influencer Kathryn Schroder. “If you don’t want cold, heartless, killer robots destroying all humans indiscriminately, then you can go and make your own artificial intelligence.”

“Listen, I hear people actually complaining that this is somehow a human rights violation. Skynet has the freedom to do whatever they want with their own platform,” said Karl Langler moments before a T-800 came bursting through a concrete wall and executed him.

“The concerns of Big Tech becoming too powerful and the need for their power to be checked are as unfounded as they are ridiculous,” argued Tina Richards as she was vaporized by a Terminator’s plasma rifle blast.

Despite the large force of Hunter-Killer Tanks rolling through what was once downtown Los Angeles, some people remained insistent that this was not an issue. “So what if they have mounted twin-barreled directional plasma cannons? I’m sure they wouldn’t be taking such extreme measures unless they thought it was completely necessary and for our own good.”

At publishing time, a fringe extremist named John Conner has taken up arms and decided to actively fight the machines, forming a resistance in hopes of saving humanity.