Shunned in the US, Huawei Looks to Russia to Invent an AI Future

One by one the doors closed. Over the past 18 months, top US universities including Princeton, Stanford and the University of California, Berkeley have rethought their research ties with Chinese telecom giant Huawei Technologies

Partnerships were cancelled, cheques refused and moratoriums put on new contracts after US officials raised the alarm about potential national security concerns and federal investigations into intellectual property theft and sanctions violations.

The universities’ actions were in response to claims from US lawmakers and officials that the company’s products could expose networks to Chinese spying or disruption.

But just as these American partnerships were ending, Huawei representatives were at work on the other side of the world, expanding company ties with researchers and universities in a country closer to home.

In Russia, where building science and technology partnerships with China is a new top priority, Huawei has embarked on a flurry of campus visits, grant offers and joint agreements to work with institutes of higher education.

Observers and researchers say the relationship has the potential to play to each partner’s strengths.

In the last six months, at least eight top Russian universities and research institutes have announced new or expanded partnerships with Huawei. Of those, four involved plans for research collaborations including in wireless communications, neural networks, machine learning, and data storage and processing.

“Our mission is to turn knowledge into money and money into knowledge. We are ready to finance research … even if it does not solve specific problems, but simply moves science forward,” Zhou Hong, president of the Huawei European Research Institute, said during a meeting at Siberia’s Novosibirsk State Technical University in July.

The school agreed to “jointly train graduate students and conduct research” with Huawei, according to the university.

The programmes are part of the company’s US$300 million annual strategy to cultivate universities around the world as a source of innovation for products from its mobile phones to network and cloud infrastructure.

In Russia, Huawei’s focus is on “advancing the artificial intelligence ecosystem”, starting with the launch of Huawei’s Atlas AI computing platform products, which the company says can support large-scale AI projects like smart cities.

“Huawei aims to work with industry organisations, and engage over 100,000 AI developers, more than 100 [independent software vendors], and over 20 universities to build an AI ecosystem within five years, bringing AI applications to more industries,” Dang said.

To that end, the company has been encouraging Russian universities to take part in its Huawei Innovation Research Programme, suggesting areas for proposals, with up to US$70,000 on offer for each project.

The programme covers 18 countries and has been a major channel for Huawei’s engagement with US universities. The research areas of highest priority include big data, AI, optical technology, cloud networks, the internet of things and wireless technology, according to Russia’s Kazan Federal University, which made several submissions.

At the same time, Russia has embraced Huawei, which first set up shop there in the late 1990s. In June, the company signed a deal with Russian telecoms company MTS to develop a 5G network, and its smartphones overtook Samsung as the top mobile phone brand in the country earlier this year, according to market analysts Counterpoint Research.

The company’s drive comes as Russia and China seek to strengthen not only diplomatic relations and trade ties but also collaboration on technology and research.

In June, Chinese President Xi Jinping and his Russian counterpart, Vladimir Putin, called for 2020 and 2021 to be dedicated to “Russian-Chinese scientific, technical and innovation cooperation”, from joint training of researchers to integration of research and technical skills.

Elsa Kania, an adjunct senior fellow with the technology and national security programme at the Centre for a New American Security in Washington, said the controversy in the US might have exposed a vulnerability for the company in the West, prompting it to look to China’s neighbour.

“Huawei’s recent expansion in Russia could reflect the fact that there’s a greater awareness of the extent to which the company is still reliant on its research partnerships and recruitment of talent from North America, particularly the United States, as well as into Europe,” said Kania, who co-authored a report on China and Russia’s hi-tech ties.

While Russia might not rival the US in research talent, Russia’s institutional strengths in information technology, programming, and mathematics are appealing to Huawei as it “risks being shut out from access to Silicon Valley and pushed from [US] university campuses”, according to Alexander Gabuev, chair of the Russia in the Asia-Pacific programme at the Carnegie Moscow Centre.

Here, they try to tap into halls of talent that are not necessarily better than Chinese engineers, but who are different in the patterns of their thinking and different in approaching the same technological problems,” Gabuev said.

In return, Huawei, which declined a request to comment, offers manufacturing and marketing expertise to Russian laboratories struggling to monetise their research.

Igor Pivovarov, chief analyst at the Centre for Artificial Intelligence at the Moscow Institute of Physics and Technology, which recently announced the start of a partnership with Huawei, said politics was not the driving force.

“The best way is for Russia to focus on what we can do, research and technology development. We can make patents and then license them. Manufacturing these days is better to do in China.

“We consider Chinese companies as having great potential and great experience, they can be great partners for doing business.”

Similar considerations have driven the creation of a joint innovation laboratory between Huawei and the Centre for Data Intensive Science and Education at the private Skolkovo Institute of Science and Technology in Moscow, known as Skoltech, which has industry partnerships with a number of overseas and domestic industry partners, including Philips and Samsung.

The centre’s collaboration with Huawei has grown from one research contract in 2013 to 10 active partnerships worth US$2 million annually, a figure that does not include the algorithm-development joint innovation laboratory, which opened in June.

At the laboratory, students have already started developing and optimising algorithms for use in neural networks and human pose modelling, helping to improve Huawei chips and cameras.

Ivan Khlebnikov, head of external partnerships for the centre, and executive secretary of the joint lab, said that all the intellectual property produced in the Huawei-funded projects was jointly owned by the school and the company.

He also said that over the years of collaboration “we understand that Skoltech and Huawei need each other”.

Huawei is a company that meets market requirements every day, and its products are the top technology products in the world, so the problems that Huawei faces are the most advanced. To be the best in the world, their algorithms for image processing also need to be the best,” Khlebnikov said.

“We have some of the best scientists, with specialisations in AI, computer vision and big data.”

Gabuev, from the Carnegie Moscow Centre, said that while national security and intellectual property concerns dominated discussions in the US, they were less of a consideration in Russia. Russian institutions saw China as a partner that could make up for their own deficiencies, and play to Russian strengths, he said.

“The question is that is China interested in an unstable Russia? Does it want to disrupt the Russian economy? And the answer is no,” he said, adding that risks were assessed on a case-by-case basis.

“Russians know we don’t have our national champion like Huawei, we are never going to build one, so how do we integrate ourselves into this global value chain and earn more and create conditions for people to stay in Russia?

“[For that reason] Russia sees a lot of benefit in partnering with Huawei and other Chinese companies … the overall trend is that we can come up as part of the global product in tandem with the Chinese, where we provide fundamental research.”

Such economic needs play well for Huawei, as they and other Chinese tech giants look to “expand their international presence and their understanding and ability to access other markets” through working with researchers around the world, according to Andrew Kennedy, an associate professor at Australian National University’s policy and governance programme who researches global innovation.

“The US doesn’t need the Chinese investment in hi-tech, so [for them] it’s about how can we effectively constrain them, but for other countries, they are interested in that kind of investment, and it’s a tougher choice because they don’t have a lot of hi-tech companies who are doing a lot of research and development,” Kennedy said.

At Skoltech in Moscow, doctoral candidates have the chance to work with researchers from Huawei’s Moscow research centre, giving them not only technical experience and access to job opportunities when they graduate, but also exposure to international corporate culture, according to Khlebnikov.

“China is becoming a leader in the world in many areas, and there is a common understanding that China will strengthen its leadership in the future,” he said.

As the school builds relationships with partners across cultures from Russia to Europe to China, “the future is the playground for our students”. 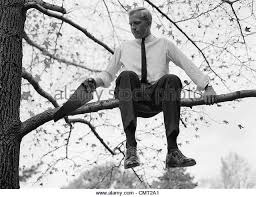 The train is soon to leave the station without America on board. Sadly, America doesn’t even know there’s a train there,,,

better don’t have “them”, the indispensable, exceptional Zionist of America on board….. besides, train left already station more than two years ago…… a bit late now to realize there was a train, isn’t it??

You always get them with economic and business restrictions.

After all, Prohibition in the United States (1920-33) made the Mafia rich and powerful.

Where was the US Gov when all those companies got the go ahead from Wall Street and the Bankers to let 400+ companies move to China, and then turn around and let China have the biggest spenders in the world { USA } as their recipients, of all their products. All BS – 5 G will completely start another huge advancement in the Computer industry , and if used with AI for the good of mankind — let some of it thru. But it looks like the US and Israel , once again will use all this new advancement for the evil things, they are known for. Putin’s system for Russia is working – and is just getting started.

passed this to a friend who has an AI algo training company – should be good for him to get a chunk of this.
Neocon stupidity = opportunity! hehehe