Need $84 to balance its budget, it has only two-thirds of the reserves it had in 2014, and was already on track for a 15% GDP deficit

Saudi Arabia’s Crown Prince Mohammed bin Salman has just started an oil-price war. Winning it will come at a cost he might not be ready to pay for long.

If oil prices fail to recover and stay at less than half the level Saudi Arabia needs to balance its budget, the economy — and the crown prince’s big ambitions to reform it — may be among the biggest victims. The energy sector accounts for about 80% of the kingdom’s exports and two-thirds of its fiscal revenue.

Should Brent crude remain at $35 without an adjustment in spending, Saudi Arabia would run a deficit of nearly 15% of economic output in 2020, while its net foreign reserves could run out in about five years unless it uses other funding sources, according to Abu Dhabi Commercial Bank.

“Saudi has accumulated significant reserves that will allow it to see through a prolonged period of low prices, but this may come at a cost,” said Tarek Fadlallah, chief executive officer of the Middle East unit of Nomura Asset Management in Dubai. “The cost is the money that might otherwise be used to help the economy diversify.”

Oil markets crashed more than 30% after the disintegration of the OPEC+ alliance pitted Saudi Arabia against Russia, which refused another round of production cuts to prop up crude prices. Global benchmark Brent on Monday had the biggest single-day drop since the 1991 Gulf War, sliding near $35 per barrel. Bank of America Global Research and Goldman Sachs Group Inc. said it could dip into the $20s.

Still damaged by the oil collapse six years ago, the kingdom enters the showdown with its economic defenses on the mend but possibly no match for Russia’s.

The Saudi central bank’s net foreign assets are down about a third from their 2014 peak.

The government is targeting a fiscal deficit of 6.4% of gross domestic product this year under the assumption that Brent would average about $65 per barrel.

It needs oil at almost $84 to balance this year’s budget.

The severity of the oil shock at a time when the spreading outbreak of the novel coronavirus is crippling global demand for energy might shift the economic calculus for Saudi Arabia. The market has already delivered its verdict, with Saudi bonds and stocks pummeled on Monday and riyal forwards rising fourfold.

“Clearly the market is pricing in a significant deterioration in the credit,” said Abdul Kadir Hussain, the head of fixed-income asset management at Arqaam Capital in Dubai. “In the short run, Saudi Arabia has enough ammunition to get through this time. But the longer it goes, the more fundamental questions will arise.”

The kingdom’s bonds were among the hardest hit in the region on Monday, with the securities due 2029 and 2049 poised for their biggest declines since they were issued. Shares of Saudi Aramco plunged by the maximum allowed, shattering the government’s $2 trillion valuation for the state oil company.

“There are some buffers to wait and see how the oil market develops and how Russia responds,” said Monica Malik, chief economist at Abu Dhabi Commercial Bank. “However, the buffers are weaker now than they were in 2014. If this oil war continues and oil prices remain suppressed, Saudi will have to pull back spending and implement austerity measures again.”

The havoc unleashed by the falling out with Russia is presenting Saudi Arabia with hard choices. If the decision is to hunker down, austerity would be a fraught proposition in a country where citizens have grown accustomed to handouts, state subsidies and secure government jobs.

By contrast, Russia was willing to walk away from talks with OPEC in order to hurt U.S. rivals since it’s more resilient to lower prices, after the central bank rebuilt its international reserves to the highest since August 2008. Russia has a floating currency — unlike Saudi Arabia — and can sustain its budget with lower oil revenues.

Given the importance of public spending on projects and welfare, Saudi Arabia’s “domestic political sensitivity to economic stress is much higher than that of Russia,” according to Hasnain Malik, Tellimer’s Dubai-based head of equity strategy.

“Both sides have enough financial capacity and sufficiently divergent goals to sustain the oil price war for some time — quarters, rather than months,” Tellimer’s Malik said. “But such a sharp drop in the oil price, down over 35% in a week, may actually shorten the length of this war.”

Also at stake is the crown prince’s economic transformation plan for the world’s largest oil exporter, which calls for diversifying away from crude and building new industries like mining, tourism and entertainment.

But despite overhauling regulations and smoothing bureaucracy, officials have been unable to restore foreign direct investment to levels the kingdom reached a decade ago, when it was about eight times higher than today.

To ease pressure on its finances, Saudi Arabia can buy time by turning to the debt market. Less than two months ago, it issued $5 billion of debt as part of a plan to plug its growing budget deficit by selling about $32 billion of local currency and international debt over the course of the year.

Investors placed more than $23 billion of orders for the debt in January.

As the government ran elevated budget deficits even at higher oil prices, Saudi Arabia needs its currency reserves to allow for a gradual adjustment of fiscal policy, according to Steffen Hertog, a Gulf specialist at the London School of Economics.

“A price war will shorten its runway for this, forcing potentially faster and more painful adjustments,” he said. “Saudi Arabia has larger fiscal and currency reserves so can withstand low prices for a while, but its cushions are about a third smaller than they were in 2014 during the last oil price collapse, so a protracted price war would be damaging.” 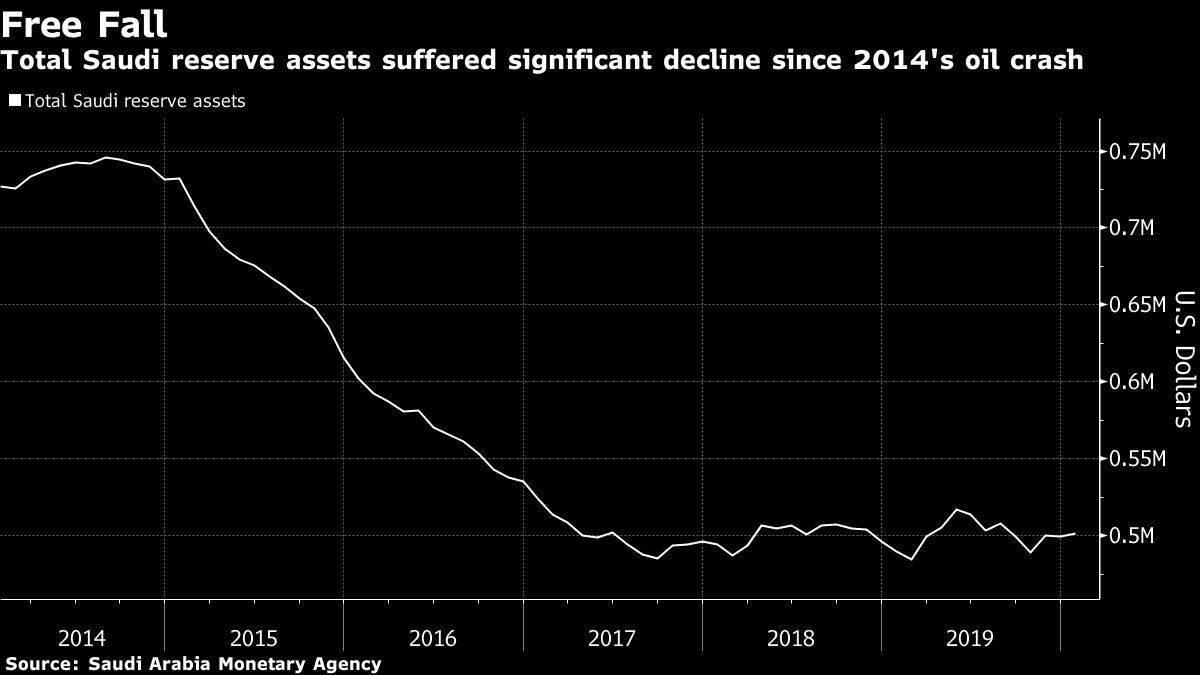 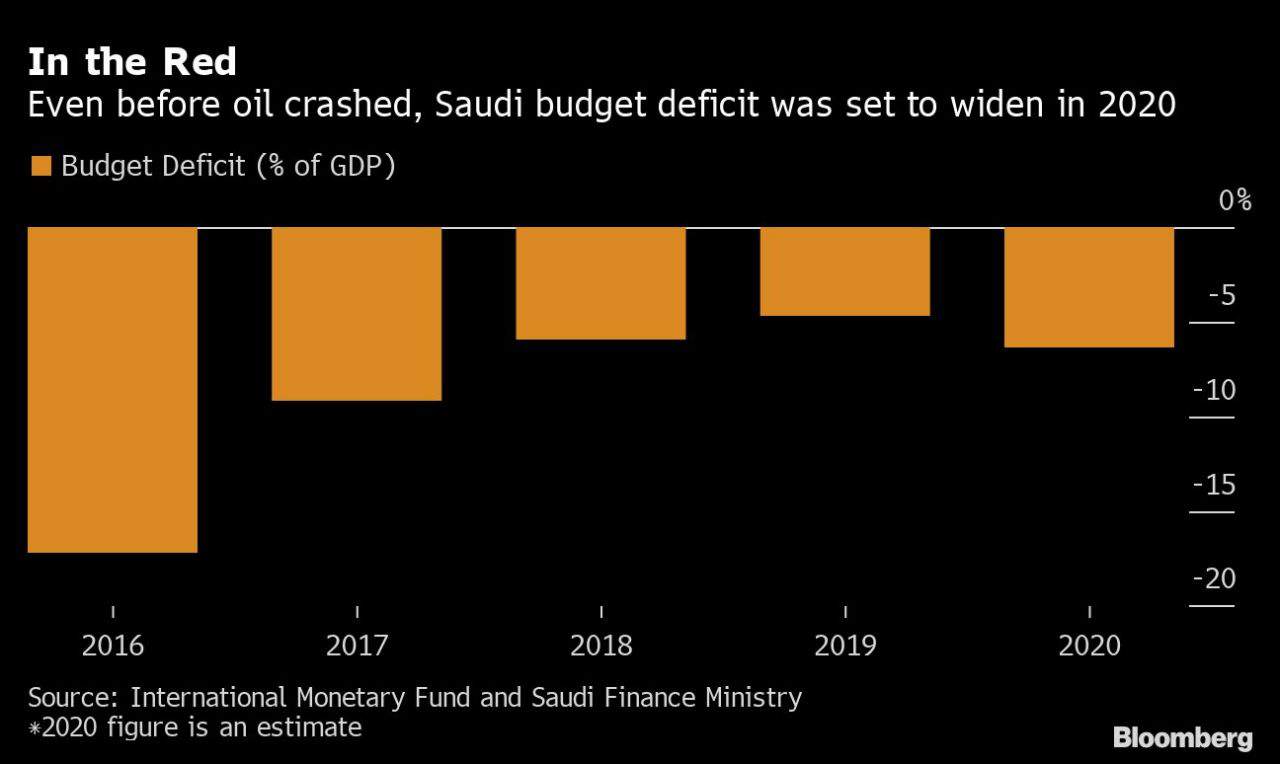 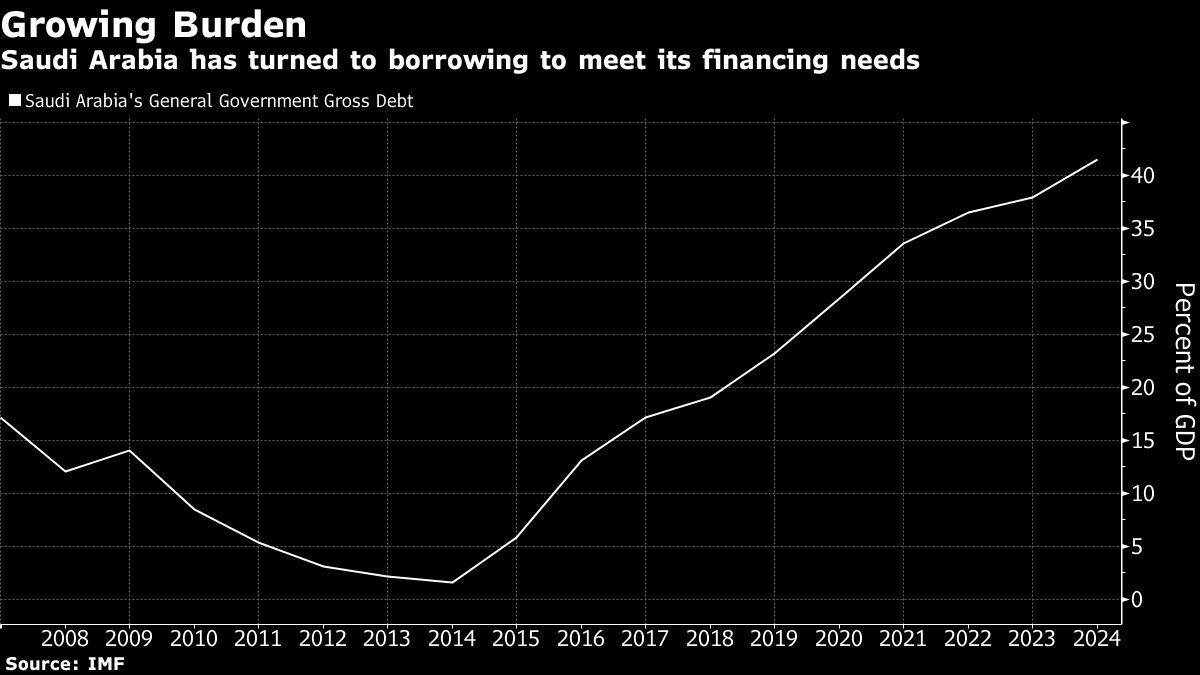 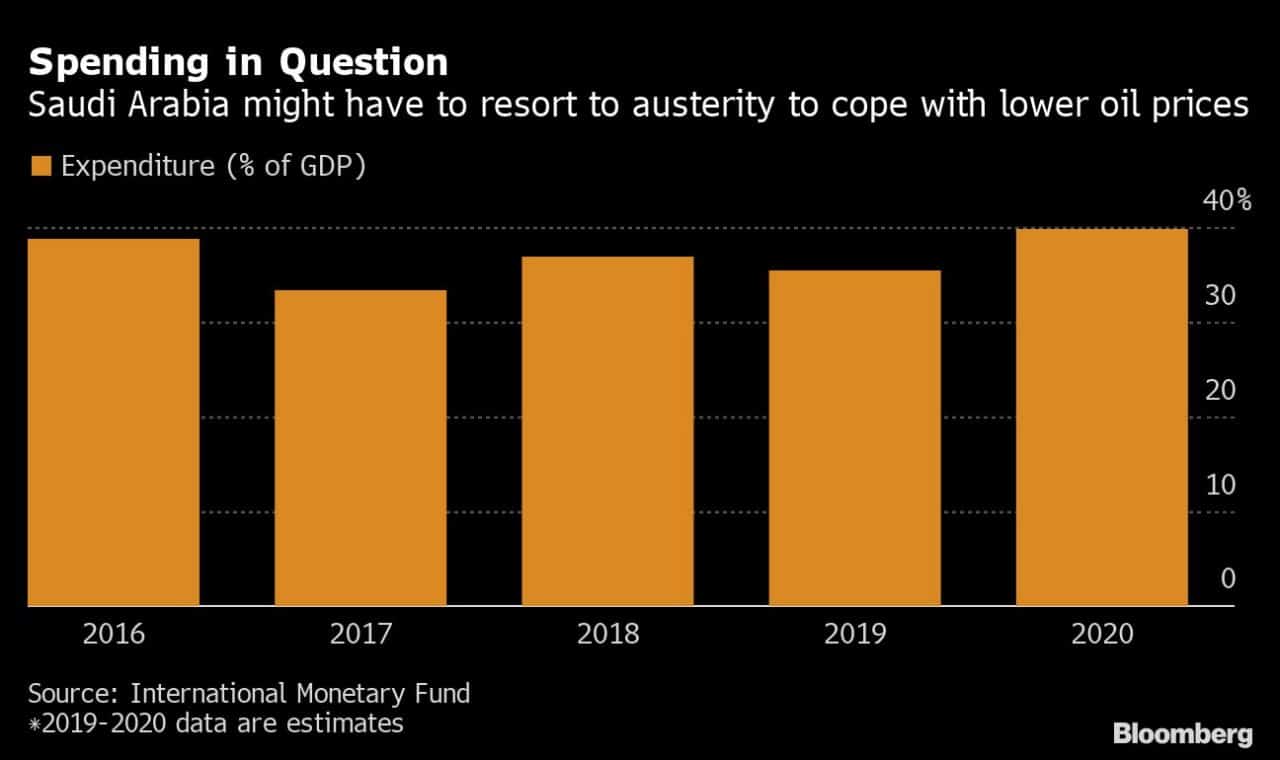 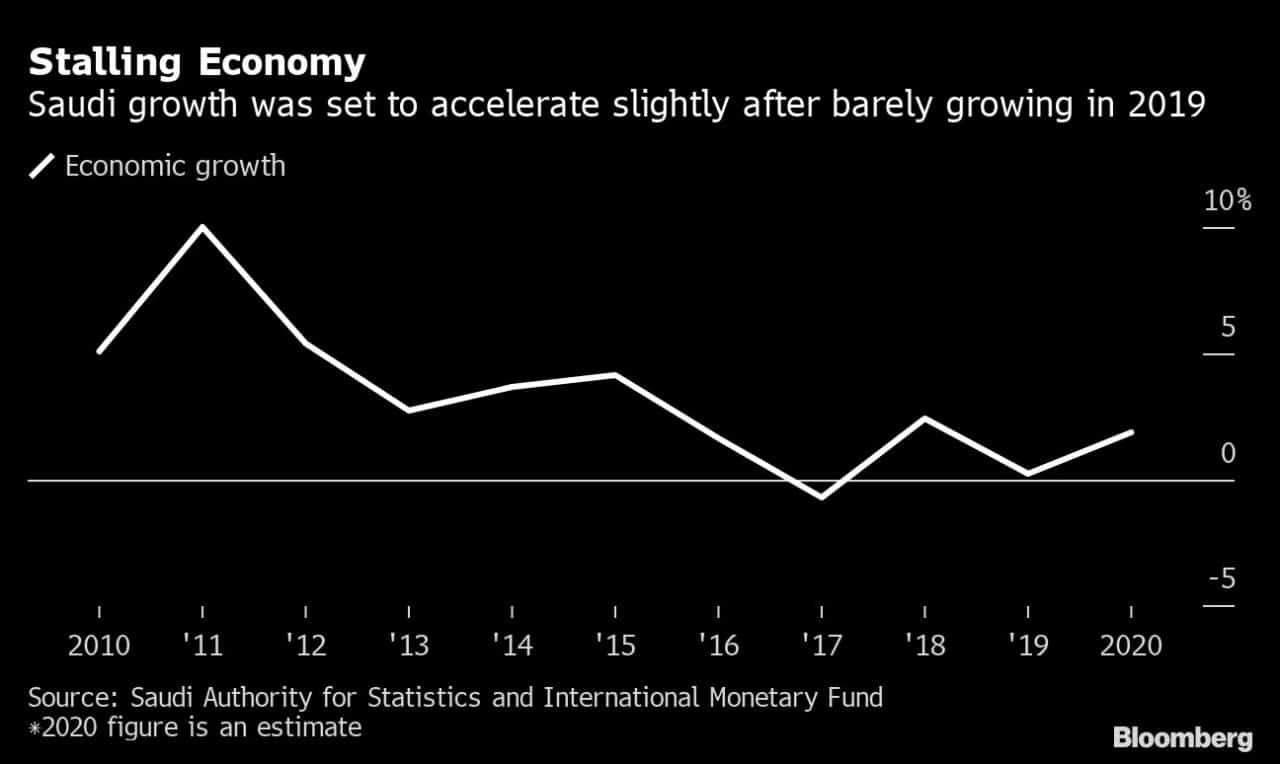 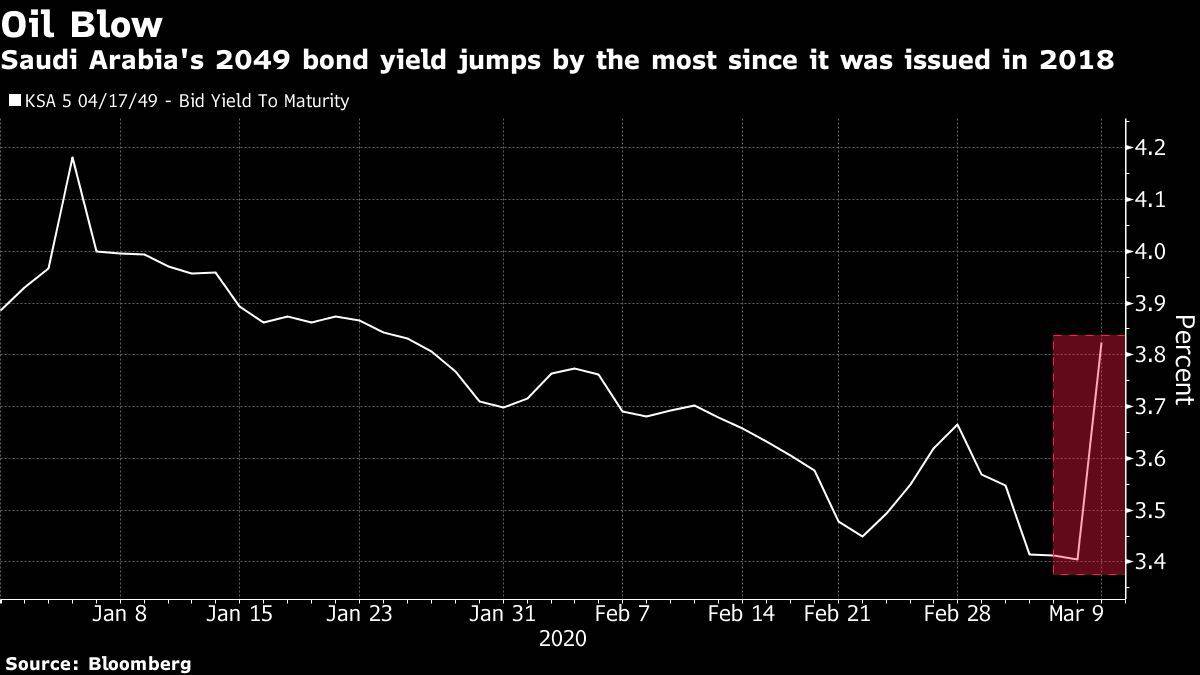 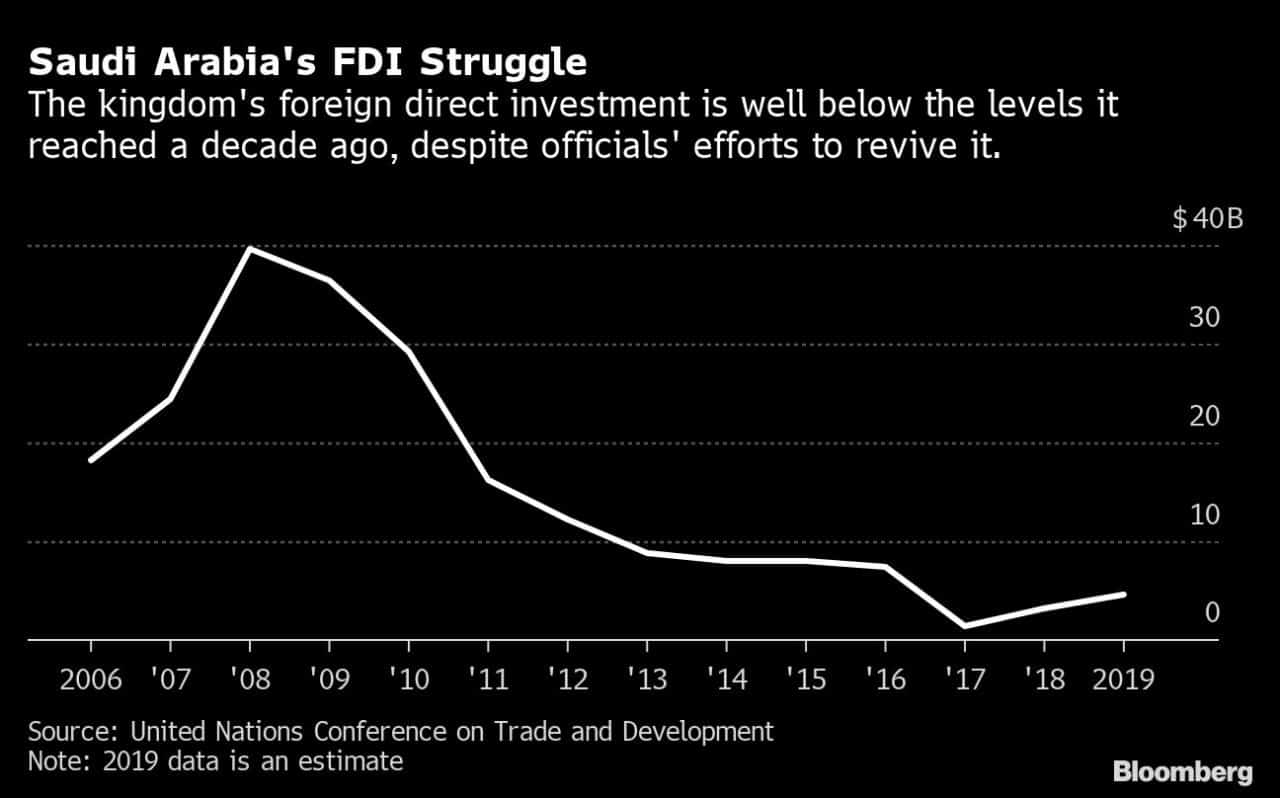