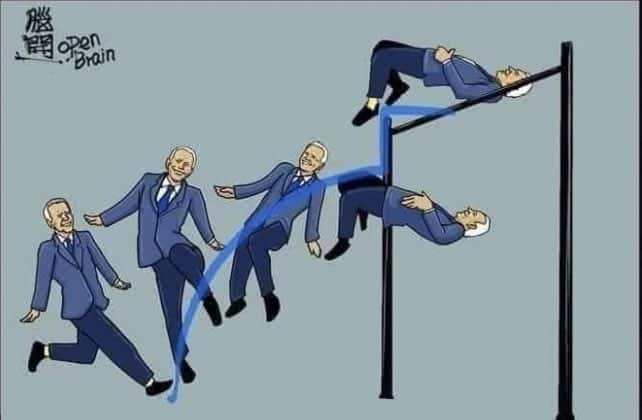 Editor’s note: What’s the rush? If they are so sure Biden won then surely there is no downside to waiting for every vote to be counted? And if there was no fraud then Never Trumpers should be the first ones to cheer for a full audit. If Trump’s allegations fall flat he and any future Trumpians will be humiliated forever.

Nothing has changed since Friday night.

You might find that strange, given the media stampede to certify the election results for their man, but it’s crucial. The calls made Saturday morning are as arbitrary as they were last Tuesday, could just as easily have waited for Monday, and fly in the face of massive evidence of voter irregularities that, at minimum, should be heard in court before anyone considers calling the election.

Add pending lawsuits and official recounts in Pennsylvania, Georgia, Arizona, Nevada, Michigan and Wisconsin, and the conclusion is an attempt by the American media to pick our president and decide our election. The danger comes now, when in concert with Silicon Valley censors they use their own decree to dismiss and silence anyone who says otherwise.

For large swaths of the corporate media, the work to elect a Democratic president never ended. From before he even took office, attempts to delegitimize President Donald Trump’s administration employed tools ranging from innuendo to foreign disinformation, and from partisan conspiracies to laughably labeled “anonymous senior officials.” They did not stop Tuesday, holding calls on Republican wins like Florida for hours, and North Carolina for days, while recklessly rushing calls on states like Arizona for Team Blue.

Since Election Day itself, the irregularities have piled up. There were quick and continuing examples of Democratic Pennsylvanian cities illegally barring Republican poll watchers from watching polls from even as far as six feet away. There are multiple allegations of the long-dead voting in 2020. And on Friday, evidence was released that vote-counting software Dominion Voting Systems switched thousands of votes from Trump to former Vice President Joe Biden in just one county. While this software was rejected three times by the Texas election board for noticeable security vulnerabilities, it was used across Georgia and Michigan—two of the states subject to Republican lawsuits and, in Georgia, a recount.

None of this is proof the Democrats didn’t win the election, even if it strongly suggests illegal and undemocratic activity in states across the union. But it is a naked corporate attempt to exert control over what is happening in the United States. If just one thing, remember this: Corporations don’t get to pick our president—and they don’t decide our elections.

Donald Trump’s entire presidency is an affront to the media. His victory was an assertion that they are not in charge, we are. That’s why they hate him; that’s why they have to destroy him; and that’s what this power grab is about. It isn’t an election result, it is media elites reminding the people who is really in charge, and who gets to make the rules.

Nothing has changed since America went to bed Friday evening. There is a fight coming: After over a century of rule, the corruption of the big city Democratic machines will finally be examined in court. [Which court is going to go against a lockstep media narrative, however? The media in itself doesn’t matter that much, but regime media unison is a symptom of the unity of the regime and of the ruling classes in general against the relative outsider and populist. ] Every day, the media is going to call you crazy for demanding it.