Sanctioned Russia Grows at Twice the Rate of Germany

1.2 percent growth is nothing to write home about but still double than managed by unsanctioned Germany 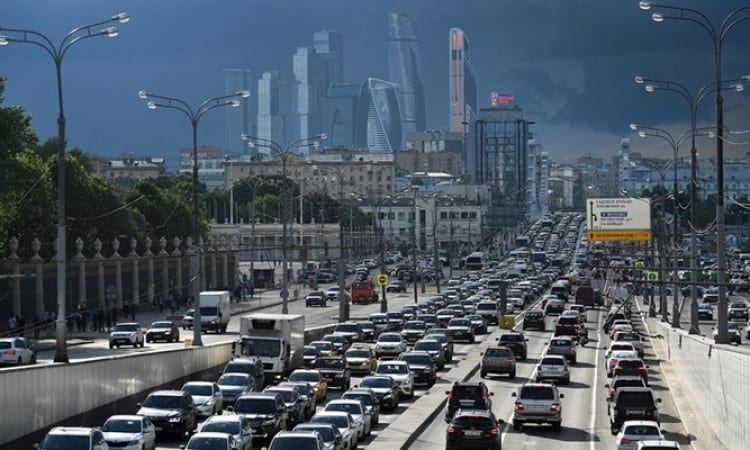 Editor’s note: When you hear from the mainstream media that Russia’s economy is stagnant put that in perspective. What would they only say if its growth was as poor as that in EU’s economic engine, Germany? For 2020 the forecast is 1.6 percent growth in Russia and 0.7 percent in Germany.

Germany’s economic growth rebounded slightly in the fourth quarter but slowed last year to its weakest level in nearly six years as trade tensions escalated, exports plunged, and a steep downturn in the automotive industry led Europe’s largest economy onto the brink of a recession, reported Bloomberg.

Official government statics show Wednesday morning that GDP growth rate in the last three months of 2019 was 0.6%, the lowest since 2013’s 0.4% expansion

Despite the economy continuing to decelerate, there was a small notable increase in GDP growth at the tail end of the year – with some optimism that the worst of the slump could be over. 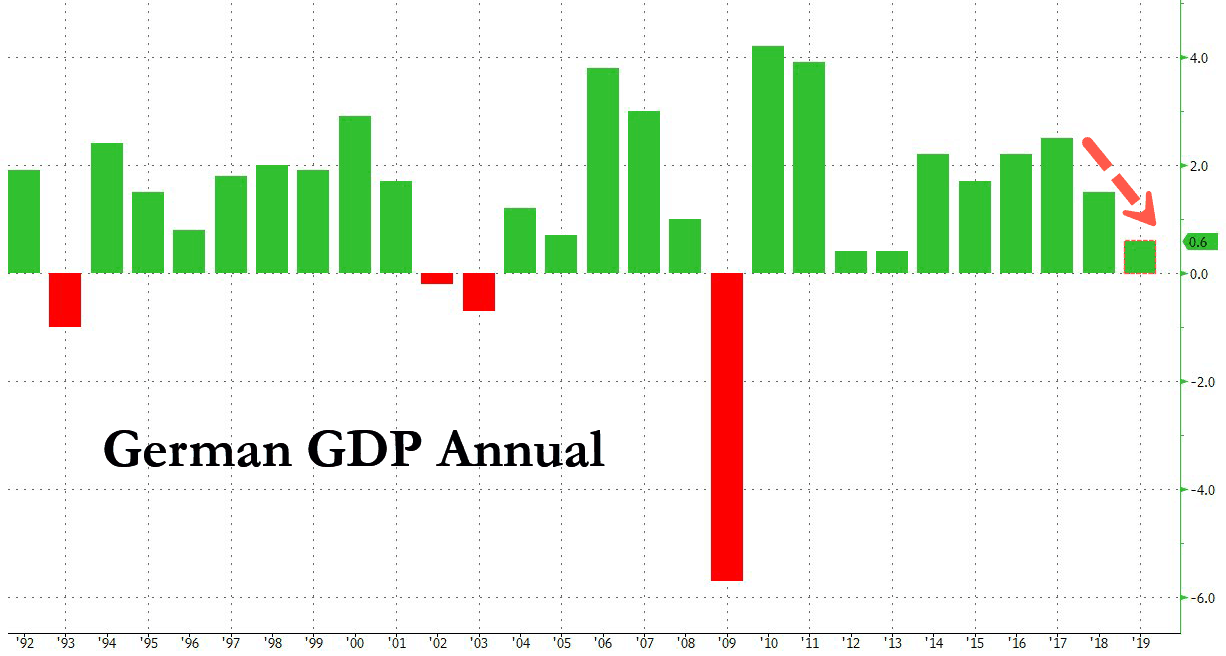 Germany narrowly avoided a recession late last year as GDP contracted in the second quarter and expanded by 0.1% in the third.

The economy is powered by industrials and exports, and with a global manufacturing recession still underway with a decelerating China – the hopes of a massive rebound in the European country are limited in 2020.

At the center of the global industrial slowdown is the auto manufacturing industry. Germany has yet to diversify from building cars and is still heavily exposed to global crosscurrents that persist.

As a countercyclical buffer, the German government deployed increased government spending to counter declines in equipment investment and exports.

“After a dynamic start to the year, and a decline in the second quarter, there were signs of a slight recovery in the second half,” said Albert Braakmann, head of the Federal Statistical Office of Germany.

Bloomberg economist Jamie Rush says the 2020 outlook for Germany is comparable to last year: sluggish. 2020 forecasts are 0.7%, which is barely any growth:

“Germany’s economy saw a slight recovery in growth in 4Q, according to the statistics office — that’s consistent with our slightly above-consensus expectation for an expansion of 0.2% to be recorded. Leading indicators have turned up into 2020, and we see the worst as being over for the German economy. Renewed trade tensions are the biggest risk to that view,” Rush said.

After a weak performance in the first half of 2019, helped by monetary easing, faster public spending and some one-off effects, economic growth in Russia picked up in the third quarter at 1.7 percent, y/y. Consequently, our 2019 forecast has been revised upwards to 1.2 percent (from its previous reading of 1 percent).