A world-class egghead in math, member of the Independent SAGE committee, has figured out

Just one month ago, the idea that most people aren’t susceptible to Covid-19 — perhaps the overwhelming majority — was considered dangerous denialism. It was startling when Nobel-prize-winning scientist Michael Levitt argued in UnHerd at the start of May that the growth curves of the disease were never truly exponential, suggesting that some sort of “prior immunity” must be kicking in very early.

Today, though, the presence of some level of prior resistance and immunity to Covid-19 is fast becoming accepted scientific fact. Results have just been published of a study suggesting that 40%-60% of people who have not been exposed to coronavirus have resistance at the T-cell level from other similar coronaviruses like the common cold.

Now, from the unlikely source of a prominent member of the “Independent SAGE committee”, the group set up by Sir David King to challenge government scientific advice and accused by some of being populated with Left-wing activists, comes a claim that the true portion of people who are not even susceptible to Covid-19 may be as high as 80%.

Professor Karl Friston, like Michael Levitt, is a statistician not a virologist; his expertise is in understanding complex and dynamic biological processes by representing them in mathematical models.

Within the neuroscience field he was ranked by Science magazine as the most influential in the world, having invented the now standard “statistical parametric mapping” technique for understanding brain imaging — and for the past months he has been applying his particular method of Bayesian analysis, which he calls “dynamic causal modelling”, to the available Covid-19 data.

Friston referred to some kind of “immunological dark matter” as the only plausible explanation for the huge disparity in results between countries in an interview with the Guardian last weekend. The eye-catching phrase attracted a lot of attention on social media, with some commentators keen to dismiss it as rubbish, but he meant it in a quite precise way: like dark matter, the undetectable substance that makes up approximately 85% of the universe, it is provably there by its effects. We just don’t know anything about it.

His models suggest that the stark difference between outcomes in the UK and Germany, for example, is not primarily an effect of different government actions (such as better testing and earlier lockdowns) but is better explained by intrinsic differences between the populations that make the “susceptible population” in Germany — the group that is vulnerable to Covid-19 — much smaller than in the UK.

As he told me in our interview, even within the UK, the numbers point to the same thing: that the “effective susceptible population” was never 100%, and was at most 50% and probably more like only 20% of the population. He emphasises that the analysis is not yet complete, but “I suspect, once this has been done, it will look like the effective non-susceptible portion of the population will be about 80%. I think that’s what’s going to happen.”

Theories abound as to which factors best explain the huge disparities between countries in the portion of the population that seems resistant or immune — everything from levels of vitamin D to ethnic-genetic and social and geographical differences may come into play — but Professor Friston makes clear that it does not primarily seem to be a function of government coronavirus policy. “Solving that — understanding that source of variation in terms of this non-susceptibility — is going to be the key to understanding the enormous variation between countries,” he said.

Professor Friston is ultra-cautious in his choice of words, and understandably so: the impact of this realisation, if proven correct, is hard to overstate.

Immediately it would change how we should think about lifting lockdown: a tube carriage in London might in theory have to be restricted to 15% capacity to maintain social distancing of 2 metres, but if, as Professor Friston believes, the susceptible population in London was only ever 26% and 80% or more of that group is now provably immune via antibody testing, you can put a lot more people in a tube carriage without increasing the level of risk. Ditto restaurants, pubs, theatres and most recently, MPs in parliament. It would question the whole idea of social distancing being a feature of any “new normal”.

It would take the heat out of the political argument around the pandemic, and give the lie to the idea that it was ever primarily government actions (however incompetent or incompetently executed) that explain differing death rates. As Professor Friston puts it, once you put into the model sensible behaviours that people do anyway such as staying in bed when they are sick, the effect of legal lockdown “literally goes away”.

His explanation for the remarkably similar mortality outcomes in Sweden (no lockdown) and the UK (lockdown) is that “they weren’t actually any different. Because at the end of the day the actual processes that get into the epidemiological dynamics — the actual behaviours, the distancing, was evolutionarily specified by the way we behave when we have an infection.”

Most significantly, it would mean that the principal underlying assumption behind the global shutdowns, typified by the famous Imperial College forecasts — namely, that left unchecked this disease would rapidly pass through the entire population of every country and kill around 1% of those infected, leading to untold millions of deaths worldwide without draconian action — was wrong, out by a large factor. The largest co-ordinated government action in history, forcibly closing down most of the world’s societies with consequences that may last for generations, would have been based on faulty science.

When I put this to Professor Friston, he was the model of collegiate discretion. He said that the presumptions of Neil Ferguson’s models were all correct, “under the qualification that the population they were talking about is much smaller than you might imagine”. In other words, Ferguson was right that around 80% of susceptible people would rapidly become infected, and was right that of those between 0.5% and 1% would die — he just missed the fact that the relevant “susceptible population” was only ever a small portion of people in the UK, and an even smaller portion in countries like Germany and elsewhere. Which rather changes everything.

With such elegant formulations are scientific reputations saved. Practically, it makes not much difference whether, as per Sunetra Gupta, the 40,000 officially-counted coronavirus deaths in the UK are 0.1% of 40 million people infected, or, as per Karl Friston’s theory implies, they are more like 0.5% of 8 million people infected with the remaining 32 million shielded from infection by mysterious “immunological dark material”. If you are exposed to the virus and it is destroyed in your body by mucosal antibodies or T-cells or clever genes so that you never become fully infected and don’t even notice it, should that count as an infection? The effect is the same: 40,000 deaths, not 400,000.

This wouldn’t mean that most of the population is technically immune to Covid-19 — scenarios with a very high viral load, such as doctors treating Covid-19 patients in hospitals may still overpower these defences — but it would mean under normal circumstances, most people would never have contracted the disease.

The atmosphere in the UK continues to change irrespective of Government policy, and if people ever were afraid they are becoming less so, having intuited that, for now at least, the coronavirus threat seems to be in retreat. Gradually, the scientists are providing explanations for why that might be. 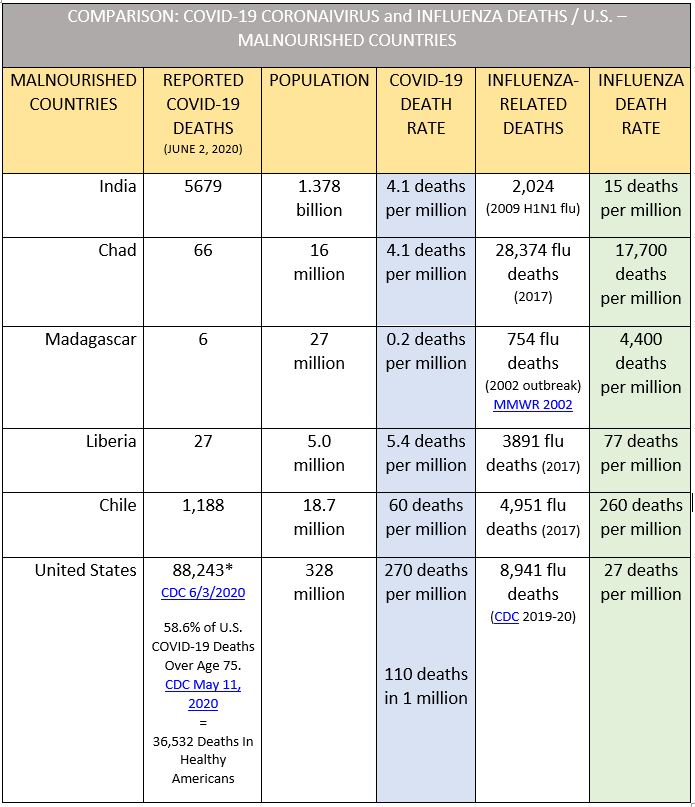