Russophobia — The Wokest Form of Racism

"Imperialism thrives on racism... it gives our own Putins in power the license they seek for atrocity." 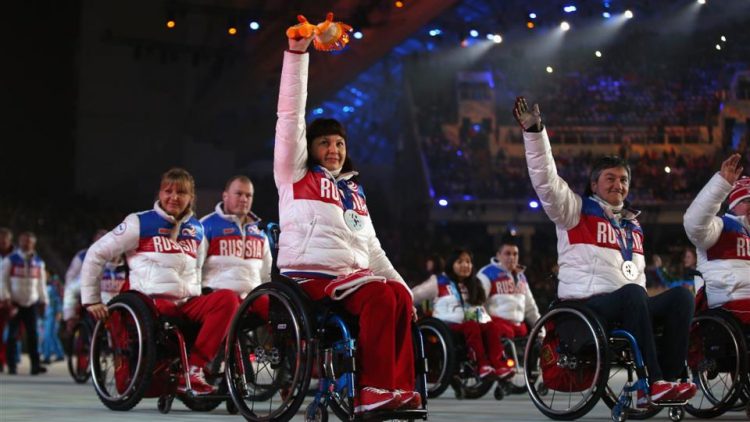 In my lazy little corner of rural Central Pennsylvanian Trump country there has always been a sizeable minority of Russian emigres. I honestly have zero idea why but at some point, some lonely Soviet refugee found this bucolic blemish on the map and decided to call it home and an exile community was born. Growing up, I always found the Russian kids at my school to be fascinating, especially the girls. With their knock-off high heel boots and their thrift store fur coats, I had never seen other poor people look so glamorous. They seemed to exist in their own little world inside of our little world. I have vivid memories of standing behind these young DIY debutantes in the lunch line and closing my eyes while I secretly listened to them speak to each other in that mysteriously beautiful language. The words seemed to float to the ground like leaves dancing from the branches of a birch tree.

One girl fascinated me more than the rest. She was a couple grades below me, and her name was Violetta. She looked a bit like a young Anna Karina only her porcelain skin was marked by these mysterious scars. Somehow this disfigurement only made her more beautiful to me, like a cracked porcelain doll. Maybe it was that she looked the way I felt on the inside. Growing up trans I often felt like a broken girl inside a male nesting doll, but to me these imperfections only made her more perfect. I used to sing that old Pavement song “Loretta’s Scars” softly to myself, changing the lyrics to suit my lesbian loneliness- “How can I, how can I, make my body shed for you? How can I make my body shed around your metal scars, Violetta’s scars!” I never spoke a word to her. I don’t know why.

Somehow Violetta’s scars came to embody the entire Russian spirit to me. She wore those painfully permanent objects like accessories that gave her glamour a deep sadness but also a resilient strength. The Russian people have always carried their tragic history with them like crosses without ever lowering their chins. I found all of this to be fascinating, but my other classmates didn’t seem to share my fascination with these people and instead treated them like lepers. When I would ask my friends why they hated these people so damn much when they never seemed to be the least bit interested in getting to know them their response was always blank stares. They seemed perplexed upon frustration as to why I would even ask such a question. I never got a straight answer out of a single one of them. At a certain point it became disturbingly clear to me that they had no idea why they despised these total strangers and perhaps even more frightening, they didn’t even seem to want to know why. There was just something about Violetta’s scars that frightened them, and they took a perverse kind of pride in this fear. It had somehow come to define them.

It was only later that I came to realize that my colleagues had been carefully programmed to hate these people by an American culture machine that engaged in an aggressive campaign to demonize all things and all people Russian. In every mainstream movie and TV show that addresses their malign existence, even after the Cold War, Russians are consistently presented as the enemy, a race of duplicitous villains who hate America and freedom for no other reason than because they do, because evil defines their national character without meaning. Growing up, I watched Sylvester Stallone and the Brat Pack murder scores of these people like they weren’t even human, just soulless props to highlight the blood-spattered glory of American exceptionalism with their primitive inferiority. Their slaughter was comedy.

And all the politicians and history books seemed to take their cues directly from the action movies. There was never any reason provided to explain the deep-seated hostility of our eastern adversaries. There was no Western invasion to strangle their revolution against Czarist tyranny in the cradle as Winston Churchill so eloquently put it. There were no Jupiter missiles on Khrushchev’s borders beckoning him to Cuba. They just hated us because we were free and they were evil, and we should hate them too, even the ones who escaped communist tyranny, even their children.

Ironically, considering the sadly real homophobia of the Orthodox Church, the only reason this high-level big business-big government propagandistic synergy didn’t work on my supple young mind was probably because I was Queer. I felt like an irredeemable outcast in my own community, and this often led me to secretly root for the “bad guys” in the movies. Nazis were such cunts even if they did have cooler guns and uniforms, but the Soviets made sense. What was their big evil plan, to kill the rich and make everyone poor? Fuck it, I already was. The people beneath the red star always seemed more like anti-villains to me. Like Magneto in the X-Men comics I read, they were just trying to get even. I wanted to get even too.

This led me to take the opposite route as my next-door neighbors. I lionized and fetishized the Russians which was really just its own kind of ignorance. I became a tankie communist in my early twenties and found myself rooting for tyrants like Putin because at least he was getting one over on the real evil empire. I had to grow up a little before I could realize that at the end of the day Russians were just people like anyone else and that their leaders were just tyrants with more reasonable excuses for their tyranny than ours. As Mikhail Bakunin, one of the greatest minds in Russian history, once observed, people aren’t much happier to be beaten just because you call the stick you beat them with ‘the people’s stick.’ So, I turned to anarchism, largely inspired by Russian renegades like Bakunin, Kropotkin, and Makhno, and chose to oppose tyranny, wherever I found its looming shadow. But I never forgot Violetta’s scars.

Today we find ourselves living at the height of a whole new Cold War and even in an era where perceived wokeness reigns supreme it has never been hipper to hate people just because they’re Russian. As the news media hovers with a magnifying glass over every gruesome detail of Putin’s violent but complicated war in Ukraine, Russophobia has once again taken the West by storm. Russian restaurants and Orthodox churches are being vandalized and harassed with death threats. Children with Russian names are being taunted and bullied. Sporting events like the Paralympics are barring Russian and Belarussian athletes from competing even as neutrals. Cultural institutions from the Munich Philharmonic to the Met are canceling Russian performers and pressuring others to pass purity tests on their proper hatred for Putin just to remain on stage. Even those sanctimonious self-appointed scions of tolerance at social media conglomerates like Facebook and Instagram have all but greenlit anti-Russian hate-speech and removed their previous ban on neo-Nazi death squads like the Azov Battalion just so long as they exterminate the right variety of untermenschen.

And once again, our own government can’t pretend like they’re innocent, as if provoking this heinous bloodbath with decades of reckless NATO expansion wasn’t bad enough. The combined forces of the so-called free world have united to punish Putin’s first victims within Russia’s own borders en masse with a crippling embargo that just keeps tightening like a noose around their throats. Sanctions like the kind being lobbed at Russia from the United States and being celebrated and encouraged by everyone from late night talk show hosts to self-anointed antiwar activists essentially amount to the collective punishment of an entire nation for the crimes of its crooked government.

These measures won’t deprive Putin or his flunkies of a single spoonful of caviar, but they will starve the millions of impoverished Russians who live like dogs on a short leash under his neoliberal austerity regime and sadly that’s the point. Sanctions are a form of economic terrorism designed to torture the already desperate into affecting American-approved regime change. These actions are every bit as evil and indiscriminate as Putin’s cluster bombs and I fear that they and the Russophobic propaganda barrage that goes with them are only the beginning of something far more sadistic.

America has long used its corporate tentacles across the mass media to soften up America’s natural intolerance for total war by systematically demonizing entire races of people. As Japan embraced imperialism in a gruesome attempt to defend their own rich culture from western expansion in the Pacific during the 1930’s, everyone from Tinseltown to Dr. Seuss jumped on the bandwagon to demonize the Japanese people themselves as being senseless Oriental savages killing for amusement while the American government upped the ante with crippling sanctions that eventually resulted in a full-blown embargo that provoked the attacks on Pearl Harbor.

I’m not the only conspiracy nut who believes that this was as intentional as NATO’s provocation of Putin’s invasion of Ukraine. Navy admirals lost their jobs just trying to warn FDR of the storm he was reaping with arms wide open. I shouldn’t have to tell people the results of this frighteningly familiar racist campaign of synergistic propaganda and economic warfare. 120,000 Japanese Americans in concentration camps, whole cities roasted alive with napalm, and 226,000 innocent civilians obliterated by two nuclear bombs after their nation had already thrown in the towel. I don’t want this nightmare to repeat itself, but I can’t ignore the growing signs all around me. They keep me up at night.

The Russian people are not the enemy. Russian history and culture is alive with resistance to tyranny and resilience under oppression. You can feel it breathing inside your chest when you read the prose of Tolstoy or listen to the wild mood swings of Tchaikovsky. I saw it in the scars of a 16-year-old refugee who refused to allow racism to taint her glamour. As we speak thousands of pissed off Russian kids are being beaten in the streets and thrown in jail for opposing what essentially amounts to Putin’s war on other Russian people. Despite all of his ethnic nationalist bullshit, more ethnic Russians have died beneath Putin’s bombs than any other group of people and even the ones who despise NATO and their feckless puppet regime in Kiev are dying on the frontlines against this invasion. America doesn’t care about these people. To our evil empire they are just cannon fodder to excuse our own war crimes to come. Imperialism thrives on racism and we all need to fight the racism of Russophobia before it gives our own Putins in power the license they seek for atrocity.