The head of Russia’s SVR foreign intelligence service made a surprise visit to Belarus on Thursday in what looked like a show of support by Moscow for veteran leader Alexander Lukashenko, a close ally who is under pressure to step down.

TV footage released by Belarusian state showed Sergei Naryshkin, the head of Russia’s SVR, smiling broadly as Lukashenko told him the two countries were facing a difficult situation and had few international allies.

In the latest uncompromising rhetoric from Lukashenko’s government, the Belarusian interior ministry said the protests were evolving into a terrorist threat.

Naryshkin’s visit is likely to be seen as a show of support from Moscow for the Belarusian leader ahead of Monday when an opposition ultimatum for Lukashenko to step down, which he shows no sign of heeding, expires.

Lukashenko, who has faced over two months of protests over an Aug. 9 election victory protesters say was rigged, thanked Naryshkin for regularly sharing Russian intelligence information with Belarus.

President Vladimir Putin has pledged to send in special Russian riot troops if necessary, and granted Lukashenko a loan, while Russian state TV specialists have flown in to help keep state TV functioning.

Russia, which has long viewed Belarus as a friendly buffer state between itself and the NATO military alliance, has said it sees the problems facing Lukashenko as the result of unwanted external influence.

Naryshkin told reporters after the talks that the two men had discussed closer military, economic and espionage ties between the two countries, which are already loosely united in a union state.

The European Parliament on Thursday awarded its annual human rights prize, named after Soviet dissident Andrei Sakharov, to the Belarusian opposition in a show of support for those protesting against Lukashenko’s rule.

“We are seeing a desire to try to change the existing order, the existing political system, by unconstitutional means,” Naryshkin said after a meeting with Lukashenko. “The outside influence is quite obvious.”

Naryshkin hailed a constitutional amendment process proposed by Lukashenko, saying that it would “give answers to many questions” while preserving stability in Belarus.

trump claims he will terminate CIA, FBI directors if re-elected; and replace them with Biden and Harris

The Zionist Jews in Brussels have gotten real bold by funding and arming the Neo Nazis in Ukraine. I hope Lukashenko and Naryshkin get on the same page. Russia let’s the Zionists get away with murder – way too much.

My advice to getting rid of NGO, is to use that ??
So I hope that Alexander will build one big enough to catapult all NGO at a range of , let say 3000 Km ?? 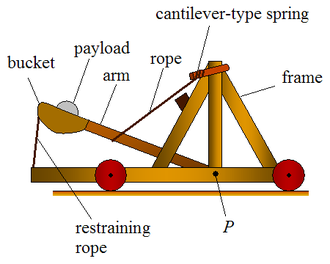