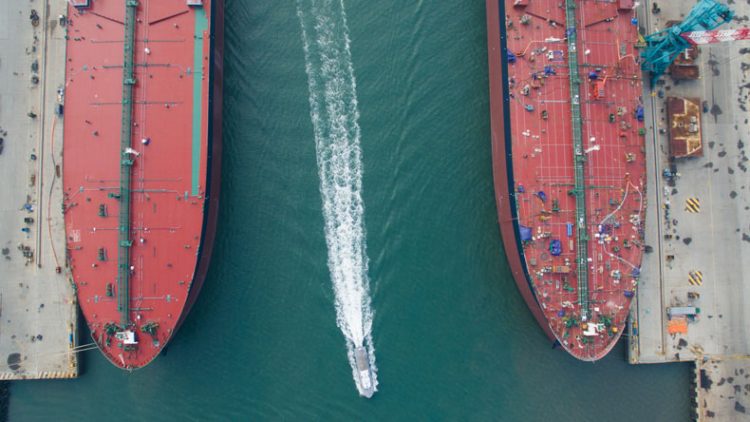 Editor’s note: Sanctions mean that Russians are leaving over 30 dollars on the table for every barrel sold (very bad for Russia). But the winners are not Europeans who end up paying more for their energy — but the Chinese and the Indians, who get to load up on that cheap Russian crude.

Beijing is in discussions with Moscow to buy additional supplies of crude oil, according to a new Bloomberg report—a sign that China is strengthening its energy ties with Russia as the country stands largely isolated after waging its war against Ukraine.

While it is not yet clear how much oil China intends to buy or whether an agreement will be made, it isn’t the country’s first time buying Russian oil.

Iran’s crude exports to China have fallen sharply since the Ukraine war began, according to a new report by data and analytics firm Kpler, indicating Beijing has been buying up Russian Ural—the benchmark for Russian crude—at a heavy discount since February.

While the price of oil has rallied above $110 in Western markets since Europe began preparing a ban on the export, Russian Ural is trading at a $34 discount to brent per barrel.

“China is now clearly buying more Urals cargoes. Exports of Urals to China have more than tripled. That comes despite a weakening in Chinese imports,” Homayoun Falakshahi, a senior analyst at Kpler said in Al Jazeera. 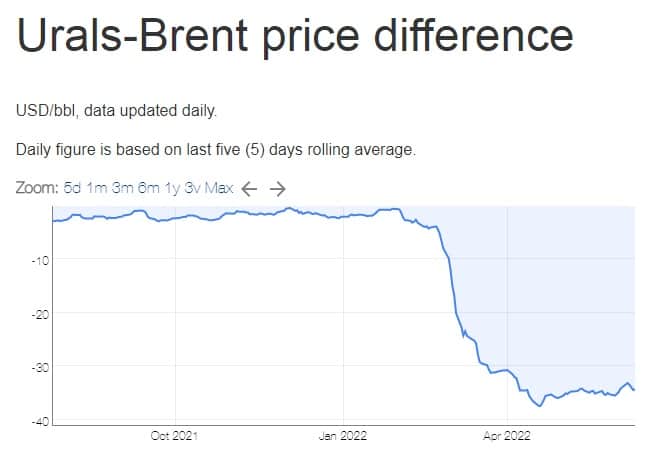 While the U.S. and U.K. have both outright banned the import of Russian oil, the European Union has been taking similar steps in the same direction.

European Commission President Ursula von der Leyen announced a ban on all Russian oil from Europe in early May, telling the European Parliament: “Putin must pay a price, a high price, for his brutal aggression.”

Since the import ban, there has been a shift in the way global oil markets operate, with analysts predicting the 2.5 billion barrels of oil a day that was originally headed to the EU will no longer find a home.

“It is a permanent shift, not a temporary response.” 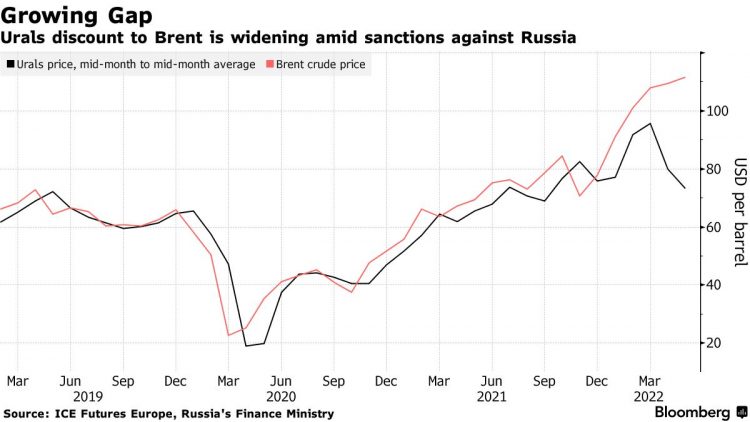 But while Western countries turn their noses up to Russian oil, the heavy discount may be too good an opportunity for Asian countries to pass up.

India has also been trying to negotiate deeper price cuts on Russian oil, aiming for deals as low as $70 a barrel, Bloomberg reported .

While China and India may still willing to buy up the remaining oil, they also face higher transportation costs.

Redirecting Russian oil by sea to China and India would require supertankers making weeks-long journeys from the Black Sea to the Mediterranean, and then through the Suez Canal before reaching Asian ports. [A more complicated voyage than buying in the Persian Gulf.]

Even if prices were low enough to make such trips worthwhile, many shipping companies would likely shy away from the mammoth task for fear of being hit by sanctions.

Global oil markets — and governments trying to punish the Kremlin for its war in Ukraine — have been grappling with a difficult question since the invasion began: just how much is a Russian barrel worth?

The nation’s own data reveal an answer: it’s pretty cheap.

The price of Urals, Russia’s main export blend, averaged $73.24 a barrel between mid-April and mid-May, according to Russia’s Finance Ministry. That’s almost 32% lower than the average for Brent oil futures over the same period.

While Urals has traditionally traded at a discount to Brent, the current gap is unusually wide, signaling that Russia, a top-three global oil producer, can’t fully benefit from crude’s rally.

Urals has sunk 23% from levels seen in mid-February to mid-March, when Russia prepared and initiated its invasion, Finance Ministry data show. Brent has risen 2.5%, and this week hit a two-month high above $120 on recovering Chinese demand and a European Union plan to ban Russian seaborne oil.

The Russian grade’s discount to Brent has widened as traditional buyers of the crude retreat due to a mixture of official restrictions and self-sanctioning.

That withdrawal has prompted Russia to divert shipments to Asia, meaning the country’s seaborne exports are currently still robust and proceeds continue to flow to the Kremlin. Its oil and gas revenues in April reached 1.8 trillion rubles ($29 billion), the highest monthly level since at least 2018, ministry data show.

Yet Urals’ discount may deepen further. While Russia has been able to find new buyers, Asian clients have taken advantage of the sanctions to secure lower prices. And with the EU proposing to shut off Russian seaborne flows in the coming months, the squeeze on Moscow’s energy revenues is set to tighten.