After years of alternatively talking of reactivating and scraping them, the trigger has finally been pulled and money allocated for the latter 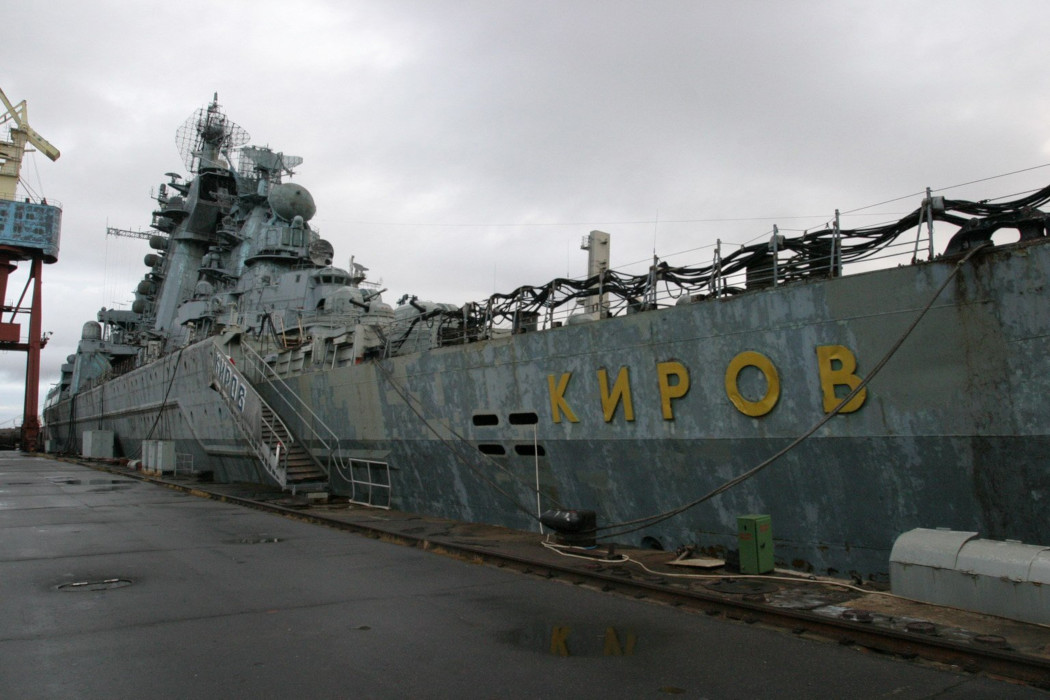 Of the four nuclear-powered Kirov-class guided missile cruisers that were completed one, the newest one Pyotr Velikiy, is in active service. The second newest one is being overhauled and rearmed and will re-enter service in 2021 — for the first time since 1999. After that Pyotr Velikiy will head for a similar retrofitting.

There was some talk over the years of putting back into service the other two Kirovs, but that was always unlikely (especially for the very oldest of the ships whose reactor isn’t in working order). Most years there was mainly talk of scraping the pair but the trigger was never pulled, and the ships remained laid up. Now $12 million to put them apart will finally be allocated this year.

Kirovs were designed in the days when long-range anti-ship missiles first entered the scene. This meant that “surface combatants” could again pose a threat to aircraft carriers, however the first generations of such missiles were huge and therefore required huge ships, like the Slava and Kirov-class cruisers.

In this day and age Russia has smaller anti-ship missiles with the same, or even greater range, so it can build far smaller ships that still pose a long-range threat. In fact Russia has managed to fit its Kalib anti-ship cruise missiles onto ships as small as their Buyan-class corvettes.

Now of course, a cruiser like Kirov is ocean-going and its nuclear reactor provides enough electricity to power all kinds of additional electronics, but a squadron of smaller ships is more flexible and survivable.

If building from scratch, smaller vessels therefore today make more sense, at least for Russia. But the attractivness of Kirovs lay in that they had already been built, and simply needed a couple of years at a shipyard for a refit:

Overhauling and rearming the two ships will cost around $1.7 billion each. For the same sum 2.5 new Gorshkov-class frigates or 5 new Steregushchy-class corvettes could have been built instead.

However, the Gorshkov-class only carries 2 launchpads for anti-ship missiles and cruise missiles, and Steregushchy-class has none. A Kirov-class carries 10 such launchpads (each with eight rounds) in addition to assortment of other weapons. Altogether it is a floating platform for over 300 missiles.

The math makes sense, but the overhaul of Admiral Nakhimov which started in 2014 was supposed to be completed in 2018 and it’s now 2019. The shipyard now promises the cruiser will return in 2021.

Obviously the overhaul has proven more complicated than anticipated, which probably played a role in the navy finally pulling the trigger on the pair of laid up Kirovs.