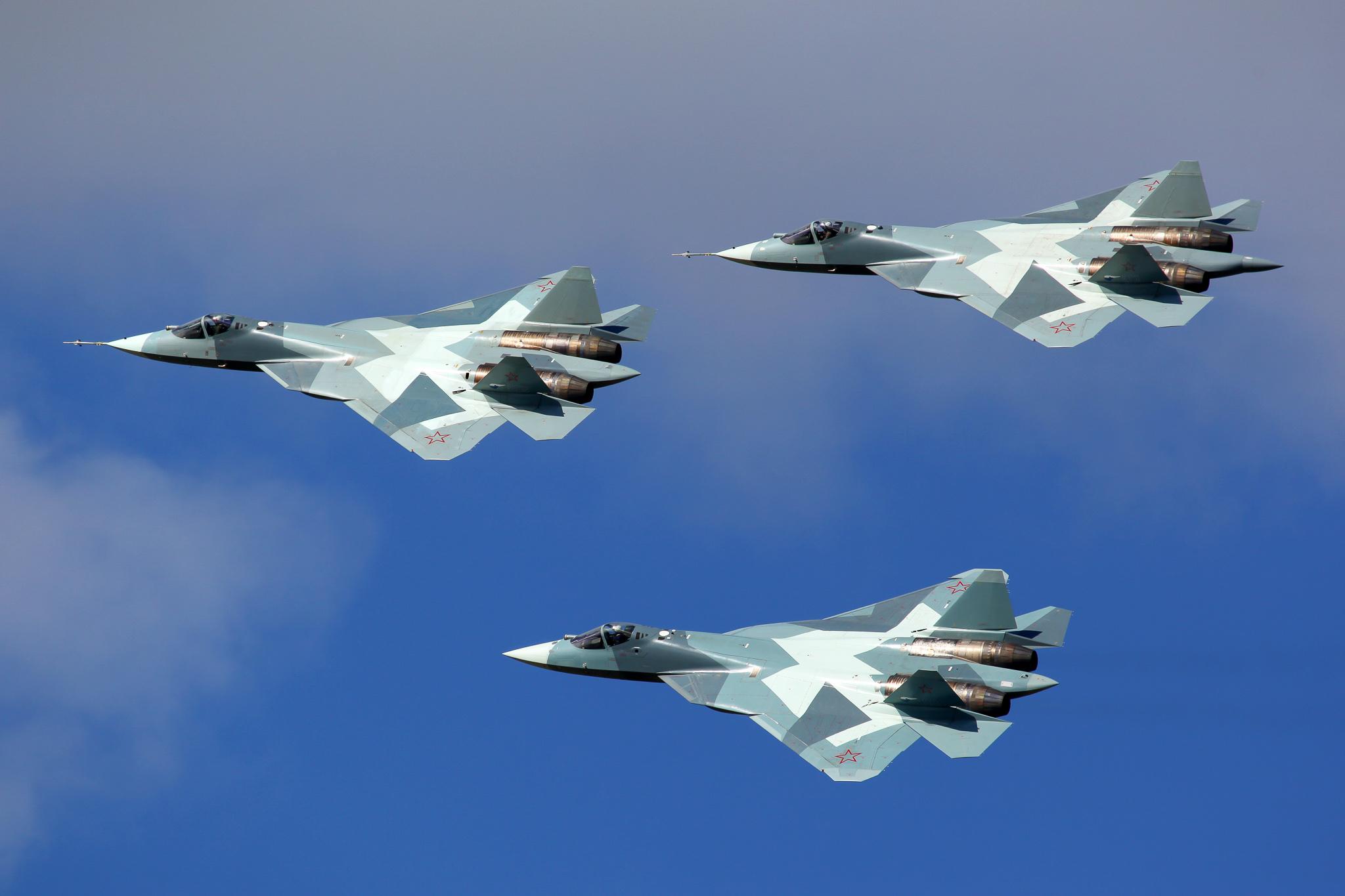 The contract Putin announced to build 76 Su-57 fighters for the Russian air force will be the biggest in Russia’s post-Soviet history. The Russian paper Kommersant with a decent reputation is saying a top manager in the defense industry has told them the contract will come in at 170 billion rubles.

At current exchange rates that comes to a pitiful $2.6 billion or $35 million per operational plane.

The comparable “flyway” price of F-22 is $150 million, so how is Russia able to manufacture a supposedly comparable plane at a fraction of the cost? Is the US system so corrupt, or are Russians just outright lying?

The explanation is a combination of things. The Russians definitely drive a harder bargain with their arms industry. Moreover the F-22 developed and implemented the same technologies a decade ago. Most importantly however, comparing costs at exchange rates is of an extremely limited value.

In 2014 hit by lower oil prices and US financial sanctions the Russian ruble lost half its exchange value to the dollar in a matter of months. But did this mean that a ruble actually bought less in Russia? No, it didn’t. Russia’s GDP calculated in dollar terms had halved in a matter of months, but its real output remained exactly the same as before. That is why purchasing power parity comparisons are far more useful here.

Adjusted for purchasing power parity the 2.25 billion rubles flyaway cost of a Su-57 is the equivalent of what 90-100 million dollars buys in the US. So the Su-57 price is actually plausible especially when you consider Sukhoi was asking for 20 percent more, and claims it will now barely make any profit from the deal, but will merely serve to keep its plant running:

According to the top manager of one of the defense industry enterprises, the contract for the supply of the Defense Ministry 76 Su-57 fighters could be a record in the history of the United Aircraft Building Corporation (UAC). The cost of the contract, estimated at 160-170 billion rubles, is reduced not only because of decisions to change the internal layout of the Su-57 and the unification of technical solutions, but also because production has become mass-produced, explains the source: military contracts due to low (3-5%) profitability and so will not work, but it guarantees the capacity utilization of the Komsomolsk-on-Amur aircraft factory for a decade.

Ths wouldn’t be unprecedented. Often Moscow will throw just enough money to the industry to realize a weapon, but to make a decent profit thereafter the industry has to secure exports. The flyway price for foreigners is naturally higher to recoup part of the development costs.

When you add development costs and test aircraft, both the F-22 and the Su-57 cost considerably more. The total cost of F-22 program without maintenence was $65 billion, or $350 million per operational machine.

It is not known how much Russia has already spent on Su-57 until now. In 2010 Putin stated 30 billion rubles had been spent on research and development until then and another RUB30 billion would have to be spent to see it to completion.