Answering a question on his visit to Caracas 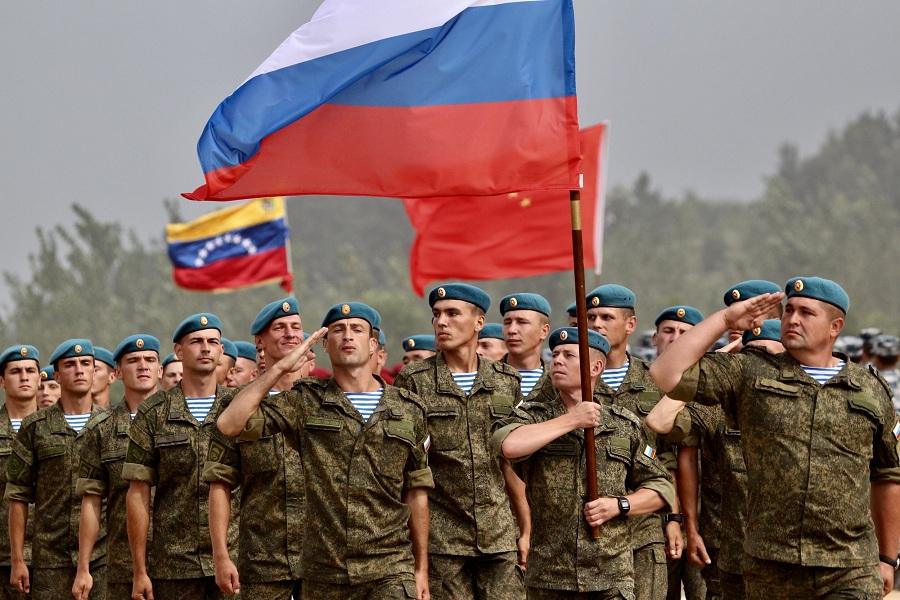 Editor’s note: Moscow on the one hand maintains that its “military-technical” mission to Venezuela from March to June of this year was just a regularly scheduled maintenance mission as part of arms contracts signed years ago, but at the same time has the foreign ministry commentating on it in this way. It clearly was something more, the foreign ministry doesn’t talk of routine defense contract maintenance missions in this way. The fiction is maintained as a way to offer Washington a way to save face and not get its panties in a twist over it — an option that Washington never takes.

Russian military experts have completed their mission in Venezuela but can return there if necessary, Russia’s deputy foreign minister Sergei Ryabkov said during a visit to Venezuela.

“It depends on whether there is a need for them. The tasks that the groups that worked here [in Venezuela] recently have been accomplished. If the situation requires their additional efforts or if things have been left unfinished, this will be done,” he told reporters during a visit to Caracas.

Mr Ryabkov will remain in the country until 22 July. He has had meetings with Venezuelan President Nicolas Maduro and his Vice President Delcy Rodríguez.

The situation in Venezuela has remained tense since January, when anti-government protests erupted, fuelled by Juan Guaido’s move to proclaim himself the country’s interim president. The US recognised Guaido and imposed economic sanctions on Venezuela.

Maduro called Guaido a ‘puppet’ of the Trump administration, saying that Washington wanted to install him to gain control of Venezuela’s oil reserves. Russia considers Nicolas Maduro as the only legitimate president of Venezuela and has said the United States is using sanctions to drag the country into chaos.