Russian message that it is displeased with Turkey de-stabilizing the Caucusus? 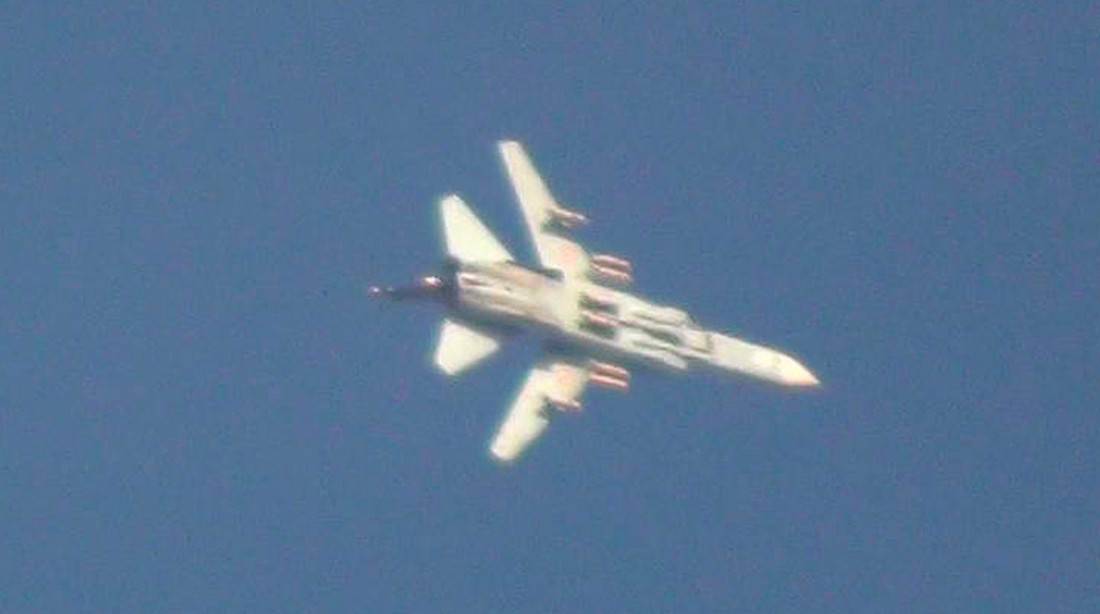 Russia has attacked the HQ of Faylaq al-Sham, Turkey's favorite armed group in Idlib, and the leading faction of the NLF of the SNA.

Faylaq al-Sham is also present in the Astana process and the constitutional committee.

Claims that up to 50 Faylaq members died in the attack. pic.twitter.com/lQxU8yCCBh

For those who don't know:

Attacking the HQ of Faylaq al-Sham is nothing ordinary. Turkey pays all Turkey-backed rebels in Idlib via Faylaq.

The group is responsible for protecting the Turkish presence in Idlib and an essential part of the Turkish-Russian ceasefire agreement.

Anna News has published images from the moment of attack on the HQ of Faylaq al-Sham.

They attacked the HQ during a military parade. pic.twitter.com/2St0B7Eokx

— The structure bombed is far from the front-line, and there is a ceasefire that Turkey is in a technical breach of, but that is mainly nonetheless upheld. Clearly, the parading Islamists had assumed they were protected by the Russian-Turkish deal from March.

— Rebel-held Idlib is al-Qaeda dominated, but instead of hitting the latter, the Russians specifically hit the largest of the groups close to Turkey.*

— They did not leave it to Syrians to deliver the strike but carried it out themselves.

Minor strikes close to the front line when there are cease-fire violations are not unheard of, but something like this is not at all business as usual (has not been since March).

This points to it being a message to Turkey from the Russian military. Moscow doesn’t hold much love for the current Armenian PM, but at the same time it can not be happy that Turkish backing and encouragement for Azerbaijan was pivotal in starting the ongoing Armenian-Azeri war.

Moscow wants decent relations and a measure of influence with Armenia and Azerbaijan both — if for no other reason then so that they’re not applying for NATO in the manner of neighboring Georgia — but a war between the two complicates that goal.

The Russian message is clear: if Turkey insists on fueling the Armenian-Azeri war in the Caucasus, Russia can in turn re-open the Idlib front and back another Syrian government push to retake it from the rebels grouped around al-Qaeda.

Note how close the area of attack is to the Turkish border.

The Russian warplane that targeted Jabal Al-Duwailah near the Syrian-Turkish border northwest of #Idlib pic.twitter.com/tcdNIq5uzo

*Faylaq al-Sham is a Muslim Brotherhood outfit once bankrolled by Qatar, and now the central member of the “National Front for Liberation” umbrella group of rebel outfits in Idlib formed and financed by Turkey.

War in Syria
16 Comments
Leave A Reply
Cancel Reply
Telegram Group
AE has a supporting readers Telegram group where we hang out and exchange leads and takes. If you have ever donated to AE drop me a line on email and I'll send you the link to join.
Anti-Bellum
Antiwar.com
Brownstone Institute
Edward Slavsquat
Fourth World
Swiss Policy Research
The New Kremlin Stooge
Read the rules before you think about leaving a message
Anti-Empire