US jets "only invisible to US Taxpayers" -- the Russian military

Russia has hit back after the United States military claimed it could take down advanced air defenses in the Kaliningrad region and reportedly practiced doing so earlier this year.

General Jeff Harrigan, Commander of U.S. Air Forces in Europe, told reporters this month that “if we have to go in there to take down, for instance, the Kaliningrad IADS [Integrated Air Defense System], let there be no doubt we have a plan to go after that,” according to Breaking Defense. He added: “We train to that. We think through those plans all the time, and… if that would ever come to fruition, we’d be ready to execute.”

While the top official did not go into details, he said such an operation “would be a multi-domain, very timely and effective.” The National Interest published a follow-up piece Thursday, citing a previous exercise in which independent imagery analyst Stephen Watkins said B-52 strategic bombers carried out a mock missile attack on Kaliningrad in March. 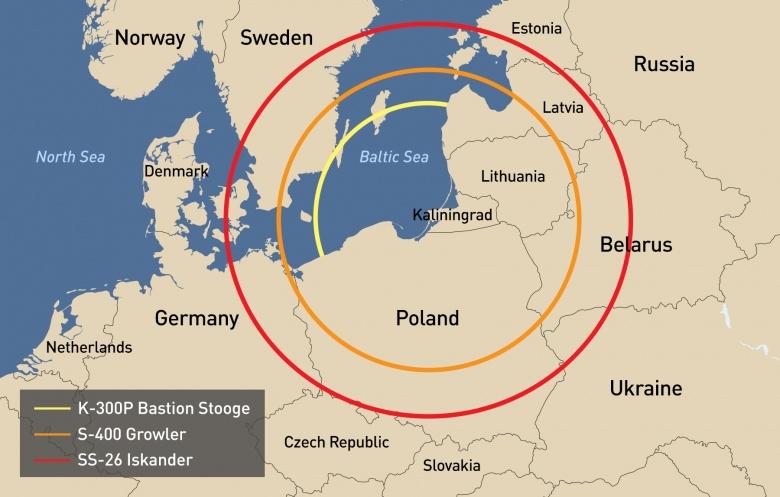 The Russian diplomat told a press conference that the U.S. comments were indicative of “how easy it is for the political elite, in particular in the United States, to deal with such serious and very complex issues as world security and stability, acting in an irresponsible manner on the basis of political and market considerations, including, as we understand, its own electoral processes.”

“The main thing is that all this is an indicator of not only irresponsibility, but also stupidity,” she added. “Smart, far-sighted people who truly express the interests of the people who appoint or elect them to their respective positions will never make such statements, realizing that they cause reputational damage to the country they represent.”

She then referred reporters to the Russian Defense Ministry, which issued its own statement, arguing that “Russia’s Kaliningrad Region is well protected from any aggressive ‘plans’ being developed in Europe by visiting American generals,” according to the ministry’s official news outlet, Zvezda. The ministry argued that air defenses deployed to the Baltic exclave could track and neutralize any incoming jets sent by the U.S.-led NATO Western military alliance.

“This fully applies to the ‘invisible’ fifth-generation American fighters, which are invisible only for American taxpayers and foreign buyers,” the ministry added, noting NATO member Turkey’s decision to risk its F-35 purchase by acquiring Russia’s advanced S-400 surface-to-air missile system. The statement said Harrigan’s words should cause concern for U.S. soldiers as “all plans look good until a battle begins.”

Kaliningrad Governor Anton Alikhanov also spoke out against the remarks, telling the state-run Tass Russian News Agency that “we are not going to be engaged with invitations but we certainly have no fear.” He added: “We host the Baltic Fleet’s main base. Given the morale and the technical prowess of the troops in Kaliningrad, I wouldn’t advise anyone to risk messing with our military.”

The politician also recommended “that all U.S. generals read some history books about those who plotted against the Russian state and the consequences they had to face because the Russian people know how to respond to every American general who has plans. I think history should have taught our partners and opponents a lesson long ago.”