Might actually happen with another great recession looming, but Russia plans to survive anyway which the US shale, and perhaps even the Saudis, surely will not 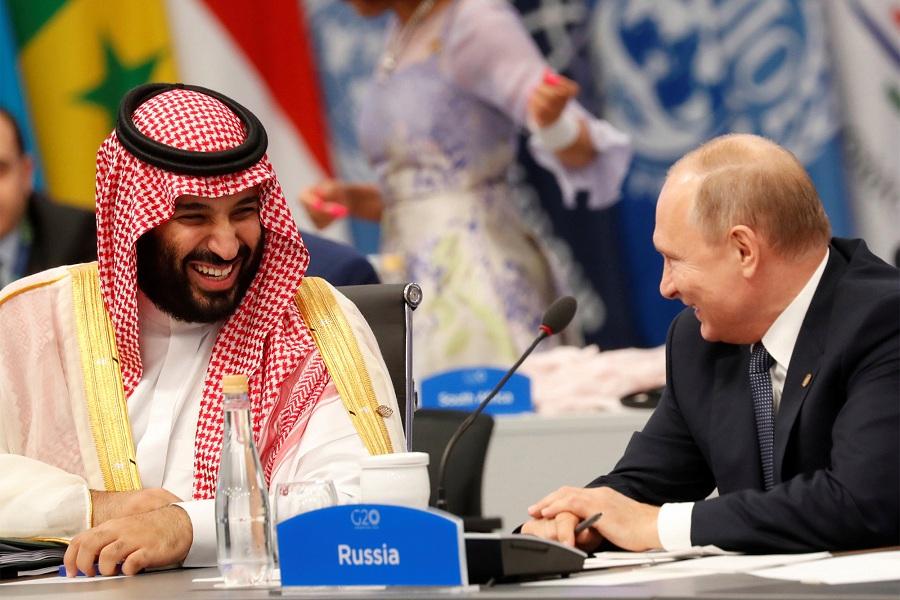 Russia is considering the notion that oil prices may be as low as $25 per barrel in 2020, the country’s central bank said in its new forecast published on Monday, as cited by Reuters.

Russia’s Central Bank has forecast in its macroeconomic forecast that oil could possibly hit that low due to falling demand for oil and oil products worldwide, as well as from disappointed global economic growth.

The doom and gloom scenario was just one proposed by the bank. If that risk scenario actually materializes, Russia’s inflation could increase to 7% or 8% next year, on the back of falling gross domestic product to 1.5%– 2%.

Russia is perhaps uniquely positioned to withstand low oil prices, although $25 per barrel is pretty bleak.

One of the reasons why Russia is more impervious to low oil prices compared to its competition is that its currency weakens when oil prices fall. This provides some type of a cushion—at least to some extent—for its lower oil revenues. Russian oil companies can pay their expenses in this weaker ruble, but still rakes in US dollars for its oil exports. Further allowing it to withstand lower prices, are that Russia’s oil company’s taxes are designed to be less as oil prices fall.

So much so is Russia’s ability to adapt to lower oil prices, that it actually struggles with higher oil prices, which dent demand for its oil. Russia’s budget for 2019 was based on $40 oil. Meanwhile, Saudi Arabia needs $80—some say even $85—per barrel.

In August, Russia said its 2019 budget breakeven was at a Urals price of $49.20—the lowest breakeven in more than a decade.  This has Russia and Saudi Arabia—colleagues in the current production quotas designed to rebalance the market—at odds, and likely working toward perhaps different goals.