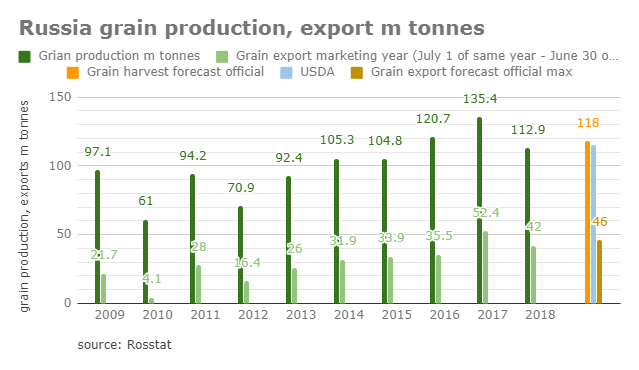 Russia is projected to harvest a solid harvest of wheat of over 77mn tonnes and 38.4mn tonnes of feed grain (corn, sorghum, barley, rye, oats, millet), making a total harvest of 115.4mn tonnes in 2019, Vedomosti daily reported on May 13 citing the US Department of Agriculture.

Russia’s Ministry of Agriculture currently forecasts 118mn tonnes of grains to be harvested, up by 5% year-on-year, out of that 75mn-78mn of wheat. Other domestic agricultural agencies and market players project harvest of 125mn-130mn, with wheat harvest of above 80mn tonnes.

As reported by bne IntelliNews, currently Russia is the world’s top wheat exporter. It is also among the leaders in exports of fish and sunflower oil. It is now a net exporter of poultry and self sufficient in pork and is making headway in covering its own needs in beef.

In 2019, apart making Russia world’s largest exporter of wheat for the third year in a row, the solid harvest would reinforce downwards inflationary dynamics and help the central bank lower the interest rates. Russia could export at least 42mn to 46mn tonnes of wheat in 2019, out of total global output of about 777mn tonnes.

Analysts surveyed by Vedomosti believe that rather moderate wheat harvest forecasts of the respected USDA helps Russian producers as it is likely to keep prices stable despite the rising output of wheat both in Russia and abroad.

Notably, part of the discrepancy between Russian and USDA forecasts stems from not accounting for about 1mn tonnes of grain that will be harvested in the annexed Crimea peninsula and inclusion of some legumes and buckwheat.

The forecast for 118mn tonnes of grain is down on the record 135mn tonnes that Russia brought in in 2018, but still well ahead of the five-year average. Grain harvests have been rising steadily in recent years following a massive investment campaign by the state.

Russia is now earning some $20bn a year from grain exports – more than it earns from arms exports. Combined exports of agricultural products grew 20% to $25.9bn in 2018, almost twice as much as exports of arms and weapons.

Separately Ukraine is also expecting another bumper harvest and may out export Russia as a result. Ukraine brought in 70mn tonnes of grain in the last marketing year and exported a total of 39.4mn tonnes. This year the Ukrainian Agricultural Ministry is expecting the harvest of be on a par with last year’s but are predicting the country could export as much as 50.4mn tonnes, which would make Ukraine the world’s biggest exporter. With a population size that is a third of Russia’s Ukraine can afford to export a much larger share of its harvest than Russia. 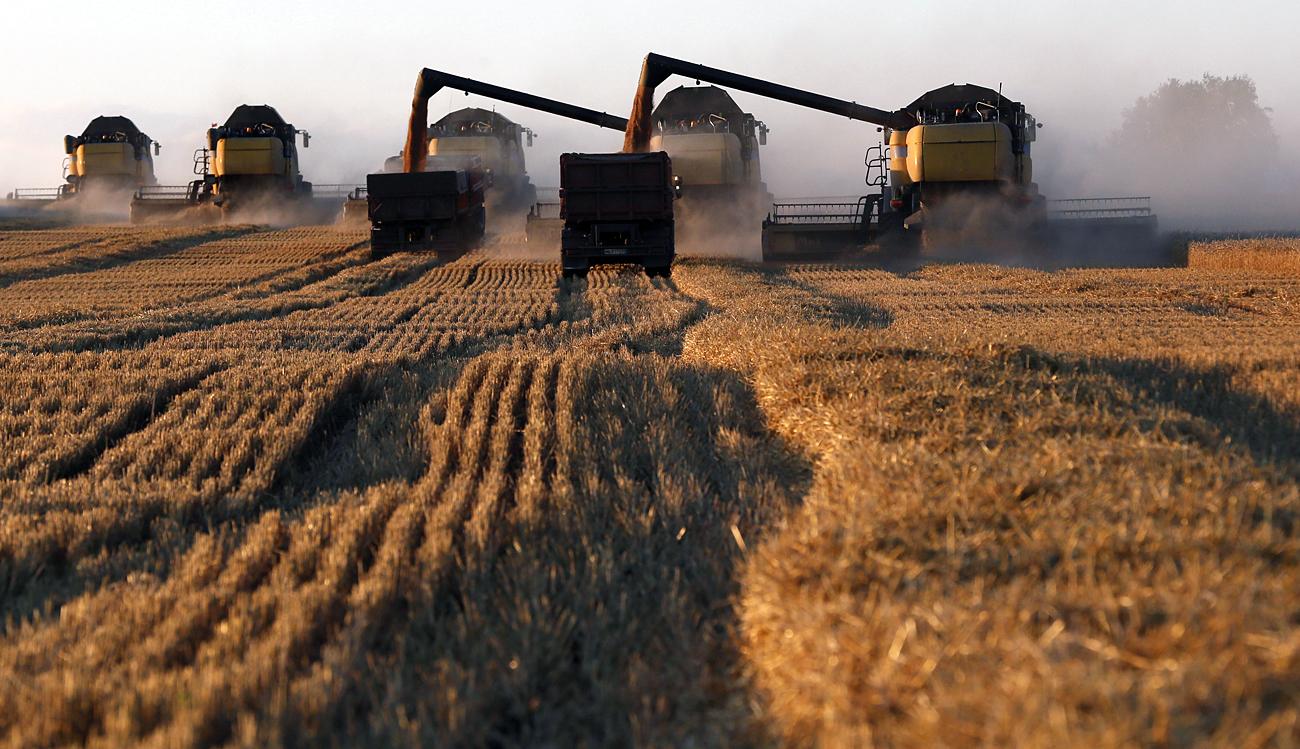