Russia Maybe Not So Much Against Homosexual Propaganda After All?

Russia starts to shut down over a whooping three covid-positive deaths, Victory Day on the chopping block — how much gayer can you get?

Editor’s note: Even chopping the May 9th Victory Day is on the table. If that happens what separates Russian from a dead post-modernist husk?

Russian President Vladimir Putin has made the whole of next week a public holiday in Russia in order to slow the spread of COVID-19 in the country, as it announces the deaths of two more patients with the infection and a spike in cases.

Putin addressed the nation today in a rare televised broadcast as authorities scrambled to contain the coronavirus outbreak.

Russia recorded its biggest increase in confirmed infections so far on Wednesday, with 163 new cases bringing the total to 658 across the country.

However, Russian businesses in the medical and pharmaceutical sectors, as well as enterprises that function on a continuous basis such as production plants in the metals and chemicals sectors, would not be joining the rest of the country in taking the week off, the Kremlin said.

Russia confirmed its first death from coronavirus last Thursday, a 79-year-old woman with underlying health issues who passed away after developing pneumonia.

The country has yet to impose the kind of restrictions seen in other countries over the virus, but concern has been growing as the number of cases steadily increases.

Putin yesterday met with top officials and put on a yellow hazmat suit as he visited a major hospital treating coronavirus patients.

Kremlin spokesman Dmitry Peskov told reporters that after Tuesday’s meetings Putin had decided he needed to address the nation.

Putin said last week that the situation with the coronavirus was ‘under control’ after Russia imposed 14-day quarantines on people arriving from abroad.

The government has also closed schools, recommended that some people work from home and told elderly residents in Moscow, where most of the cases are concentrated, to self-isolate.

It halted cultural and sports events and closed fitness clubs, cinemas and night clubs, though restaurants and cafes were allowed to remain open.

Putin has also declared people be off work from next week to slow the spread of the virus.

Authorities have repeatedly denied plans to impose lockdowns like those seen in China, Italy, Spain, France or Britain, but the warnings from officials on Tuesday were stark.

‘The problem is that the volume of testing is very low and no one has a clear picture’ of the situation in Russia and the world’, Sobyanin told Putin.

Denis Protsenko, head doctor of Moscow’s new hospital treating coronavirus patients, told Putin that Russia needed to be ready for an ‘Italian’ scenario, referring to what is now the hardest-hit country in the world in terms of deaths.

‘If there is a big spike, and Moscow is headed there, our hospital is ready to transform,’ he said.

Russian lawmakers have proposed imposing severe punishments – including up to seven years in prison – for people breaking coronavirus quarantine rules.

Apart from traditional New Year’s greetings, Putin rarely addresses the public on television. The last time was over an unpopular pension reform in August 2018.

Among the measures he will announce is to postpone a national vote on constitutional reforms scheduled for April 22.

The reforms, proposed by the president and approved by lawmakers over the last few months, would reset presidential term limits and potentially allow Putin, in power for 20 years, to stay in office until 2036.

He could also postpone plans for a massive military parade on May 9 to mark 75 years since the Soviet victory over Nazi Germany. Dozens of foreign leaders had been invited to take part.

Peskov said on Wednesday the postponement of the celebration had been discussed but no decision was yet made.

The defence ministry said it was checking the readiness of military units to fight the epidemic following an order from Putin.

The coronavirus and a steep drop in oil prices have caused a two-pronged crisis for the Russian economy, with the ruble falling to its lowest levels since early 2016.

This presents a huge challenge to Putin’s promises to boost economic growth and raise living standards.

All restaurants, cafes, and shops, except food stores, will be closed in the Russia capital from March 28 to April 5.

The mayor also advised Muscovites to refrain from visiting places of worship amid the Covid-19 epidemic.

Restaurants and cafes will still be able to provide take-away food and delivery service, the order by Mayor Sergey Sobyanin read.

The restrictions also include barber shops, spas, massage parlors, as well as baths and saunas. [Even the saunas!]

Access to parks, including Gorky Park and the All-Russian Exhibition Center, will be barred during the upcoming week due to the epidemic.

“I understand the feelings of the religious Muscovites, but I still strongly recommend [refraining] from visiting religious sites during those days,” Sobyanin said.

The mayor acknowledged that the restrictions will be inconvenient, but said they are “absolutely essential to slow down the spread of the coronavirus infection and decrease the number of those sick.”

Russia, like all systems, has within itself the seeds of its own destruction. and obviously they are germinating.

Pun aside if Trump had done what Putin did the infection could have been contained. Instead it has gone coast to coast with thousands infected and hundreds dead and with hardly any medical supplies to fight the virus or to protect the medical staff. America has become the “sh**hole country that Trump accused African nations of being.

aside from the ridiculously stupid comments, it should be observed that the response is quite different in Russia than in the US and many western nations…the fake news in the west re homophobia in Russia is nonsense—however we don’t celebrate sexual perversions—Gorer wrote ethnographies on both amerikans and Russians—he wrote that amerikans were obsessed by homosexuality while Russians were entirely indifferent…indeed nearly all hair dressers in Russia r homosexual and I’ve never heard them complain about harassment… of course u may irritate a Russian man if u tell him he is a chelovek golobuy

Shutting down all shops would be an overreaction but sporting events and parades a wise precaution. It was the massive Chinese holiday gathering that allowed the number of cases to explode in the Wuhan province.

I think restrictions apply to Moscow only,since it is indeed overcrowded!And bo matter what he did,you would crucify him for not doing the opposite!

Article is rubbish, I don’t see the homosexual connection mentioned in the title. Can someone please elaborate?

He is( Rus.Putin) rather a zionist agent in Kremlin than a LGBT agent!

If I’m not mistaken, “homosexual propaganda” refers to anything that normalizes LGBT relationships. With this law in place, any children’s media that depicts a same-sex couple, never mind a married one, is edited to remove any mention of the relationship before it can legally air in Russia without being rated 18+ (adults only). Two examples on the back of my head are:
1. the Russian dub of The Loud House removes any scenes depicting a character’s gay “dads”, and
2. the Russian dub of Pixar’s newest film Onward rewrites a character’s dialogue to remove any references to a lesbian relationship. 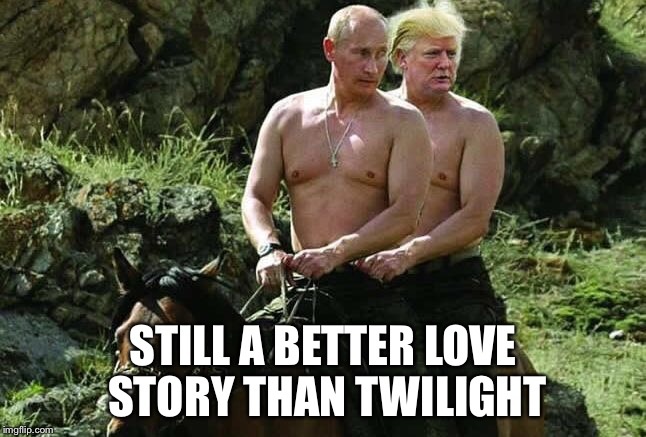