Russia Keeps Asking US to Agree to No Nuclear Weapons Use, but It’s Not Getting Any Answer 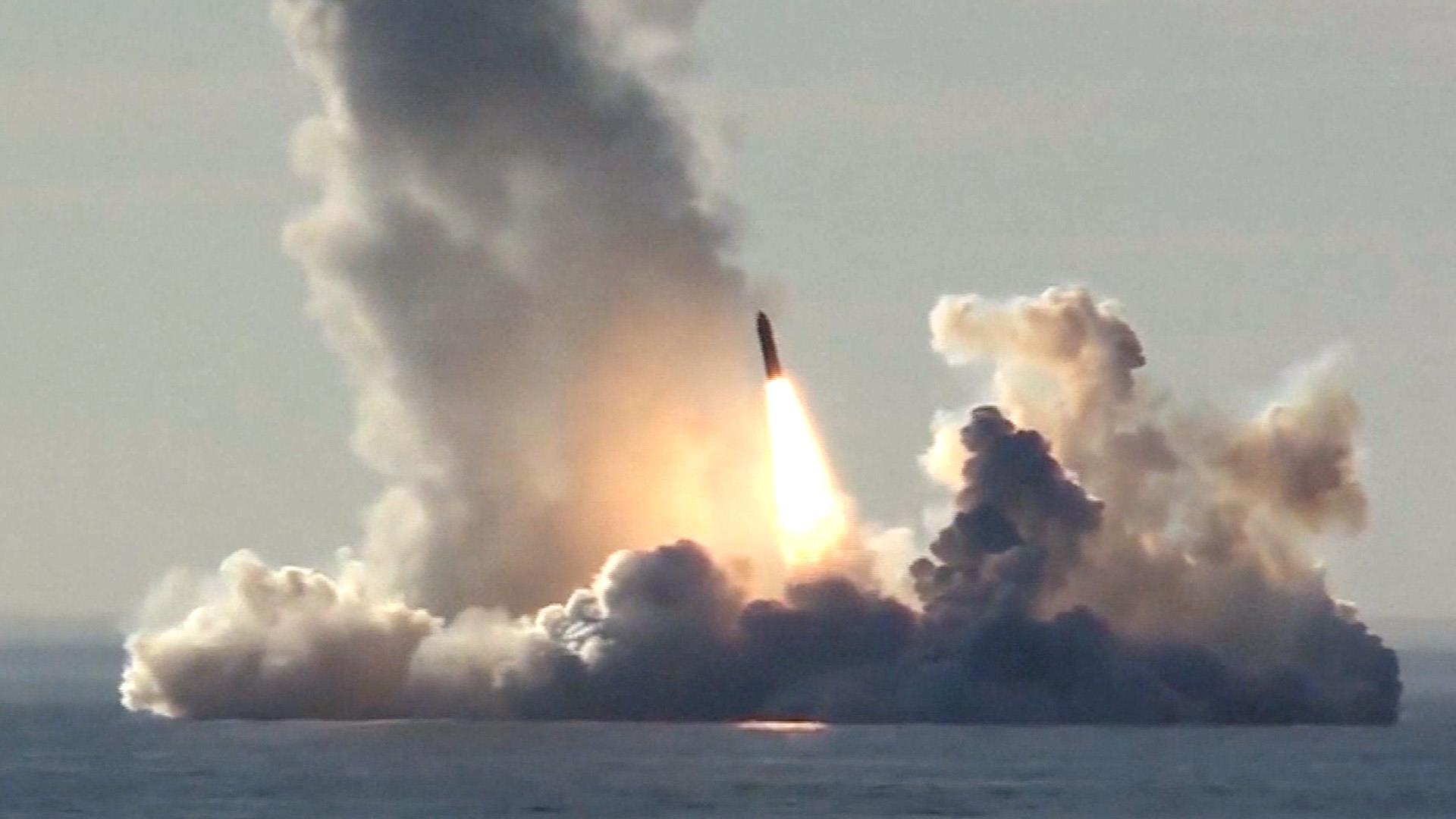 Moscow’s top diplomat has again petitioned Washington to join an agreement to mutually forego the use of nuclear weapons, an effort that has so far produced no response.

Russian Foreign Minister Sergey Lavrov made the latest call Tuesday at the international Primakov Readings summit in Moscow, urging that Russian President Vladimir Putin and President Donald Trump come together to reassure the international community that nuclear warfare was not an option as historic non-proliferation measures between them fell victim to geopolitical tensions. Should such weapons of mass destruction ever be used, Lavrov warned everyone would lose.

“In political terms, of course, it is of fundamental importance that Russia and the United States calm the rest of the world and adopt a joint declaration at the highest level that a nuclear war cannot be won, and therefore it is unacceptable and inadmissible,” Lavrov said.

He said the U.S. and the Soviet Union had previously come to such a conclusion and he could “not understand why this position cannot be reaffirmed under the current conditions,” noting that the current proposal was so far only “being considered by the American side.”

In his March testimony before the Senate Armed Services Committee, U.S. Strategic Command chief Air Force General John Earl Hyten stated that “nuclear war cannot be won and therefore must never be fought.” At the same time, he warned extensively about Russia’s and China’s growing nuclear capabilities, using that to justify the U.S.’ own modified Nuclear Posture Review, which Lavrov and other Russian officials have claimed lowered the threshold for the use of such weapons.

Neither figures in Moscow nor Washington have expressed a desire for an all-out nuclear conflict between the two countries with the world’s top largest stockpiles. But there are anxieties on both sides stemming from the development of low-yield nuclear weapons, which, while less destructive, may be more readily used in the event of a crisis. And landmark measures intended to limit the U.S. and Russia’s arsenals have begun to fail.

In February, the U.S. withdrew from the 1987 Intermediate-range Nuclear Forces (INF) Treaty, which banned the deployment of missile systems ranging between 310 and 3,420 miles. The State Department had accused Moscow of building a system in violation of the agreement, while Russian officials counterclaimed that the Pentagon’s mid-ranged missile defense systems in Europe could be used offensively as well, thus breaking the terms of the deal.

The next deal feared to face the chopping block was the New Strategic Arms Reduction Treaty (START), an agreement that expanded upon a previous 1991 treaty limiting the stockpiles commanded by Washington and Moscow. Russia has repeatedly called on U.S. officials to begin negotiations to renew New START and, while the State Department has opened preliminary reviews to do so, Trump appeared set on establishing an entirely new arrangement.

In April, Trump told Fox News that “we want to get rid of the nuclear weapons,” including not just North Korea’s—subject to ongoing discussions concerning a prospective peace deal between Washington and Pyongyang—but also that of the U.S., Russia and China. He has declared his support for a trilateral New START also involving Beijing.

While Russian Deputy Foreign Minister Sergei Ryabkov initially welcomed the move and further called for the U.S. to adopt the no nuclear weapons use doctrine, Chinese officials have so far rejected the offer. Chinese Foreign Ministry spokesperson Lu Kang, whose country has significantly less nuclear weapons and assets than leading Russia and the U.S., argued last month that the Trump administration has not even kept up with existing international commitments such as the 2015 Iran nuclear deal, which the White House left unilaterally last year.

Moscow and Beijing have also both accused Trump of threatening to spark an “arms race” through his Missile Defense Review released in January. The report called for a global missile defense system that included space-based interceptors, signaling the president’s unwillingness to support another measure backed by Russia and China—an agreement to not weaponize outer space.