China, India, Pakistan, Israel, Philippines and 35 other countries are likely to be there 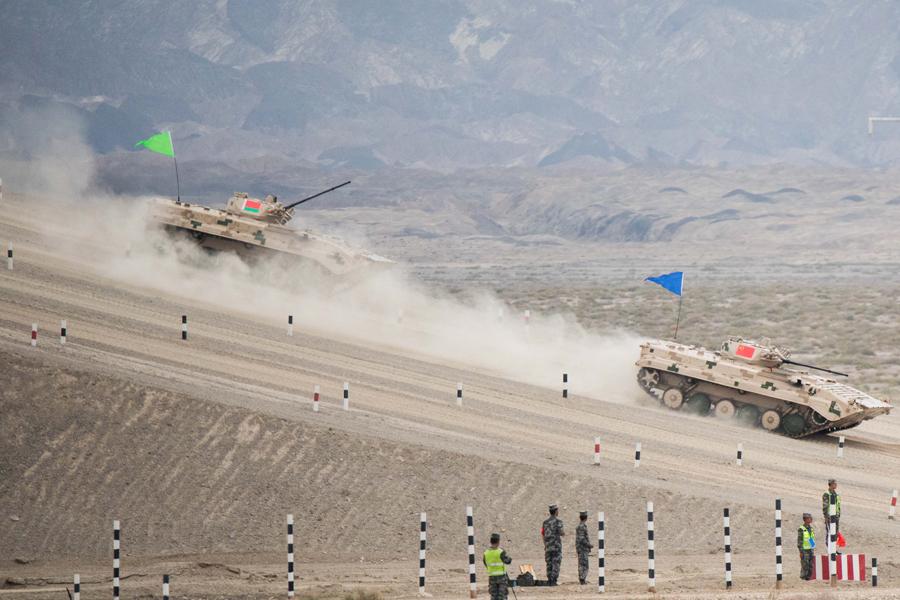 Defense Minister Sergey Shoygu has invited “troops from 90 countries including NATO members,” the ministry said on its website on Friday, January 24.

The games include events such as tank biathlon, where tank crews practice shooting, as well as an obstacle course.

This year’s games will focus on “security as a whole, medical care and logistics,” and should be visually entertaining, Shoygu said.

Around 6,000 troops were expected to take part in the event that runs from late August to early September, the ministry said.

Earlier this week, Chief of the General Staff of the French Armed Forces General François Lecointre said that France and Russia had been in talks for several months to find common ground in conflicts and “avoid confrontations that would be unfortunate for them as for us.”

Perhaps in the future, “we could envisage the possibility of joint operational preparations,” he said, though “we are not there yet.”

NATO and Russia often spook each other with war games close to the border between Russia and eastern flank NATO allies.

He noted that the 6th Army Games were scheduled to be held between August 23 and September 5.

“Invitations have been sent to 90 countries, including members of the North Atlantic Treaty Organization,” Shoigu stated.

According to him, over 20,000 servicemen from 40 countries have taken part in the games in the past five years.

The Army Games preliminaries are underway in the Russian army, involving about 50,000 servicemen, the defense minister specified.