The latest in a growing number of confrontations in the Black Sea saw a Russian Su-27 jet intercept three French warplanes that were approaching Russian airspace.

Two French Mirage-2000 jets and a C-135 tanker were caught approaching the Russian border,  and it’s not clear why. Russian officials say they were prevented from crossing the border and escorted away.

Such incidents are not unheard of, as NATO nations, usually the US, will challenge Russia’s defense of its own airspace in the Black Sea. Interceptions are very common, and often lead the US to complain that it is “unprofessional” of Russia to chase them off.

Despite this, Russia’s policy of escorting the planes away mirrors NATO’s own policy toward Russian planes that get too close to NATO airspace. The tit-for-tat interceptions don’t accomplish anything, but continue to happen, with NATO showing its interest mostly in the Black Sea.

Russia should let them to violate its airspace and shot them down!!!

Hmm.. Maybe they wanted to say Hello to Gerard Depardieu who is over-there ? Or their intention maybe was to form a new Normandie-Niemen squadron ?? 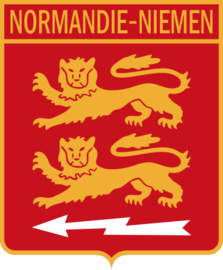 It’s certainly true that Russia could whack them over the Black Sea from its own territory without the bothersome formality of sending up a fighter escort.And the French are well aware of that, know exactly where the national/international boundary is, and I’m confident they had no intention of crossing it.

However, the United States and the UK both claim miles and miles of international airspace as their Air Defense Identification Zone (ADIZ). It remains international airspace and anyone who follows ICAO rules is allowed to be there…but those countries claim that aircraft who transit that area must call them up and provide information on their intentions and what they are doing there. If they call you, as ‘unknown aircraft in position xxxN xxxW from (insert internationally known navigation point here), you are approaching (US or UK) national airspace; request your purpose and intentions’ and you don’t answer, they’ll send up a couple of fighters to take a look. That presupposes that you do not have your transponder on – as most armed military aircraft do not when not landing or taking off – because if you did, they’d know who you are.

So Russia is simply behaving in the same manner. In order to make that a credible threat, they must be regarded as having the national will to take military action if necessary, and the air-defense network to back it up. Obviously Russia is regarded as satisfying both requirements. International airspace over the Black Sea is regarded by Russia as being under Russian protection, and it is serving notice that it is watching, and is capable of repelling airborne intruders in that becomes necessary, just like the USA and UK.

Quite a timely reminder, considering Russia is withdrawing from the Open Skies Treaty the end of this month, just about a year after the USA did. Unarmed reconnaissance flights over each other’s territory will no longer be permitted, and in Russia’s case that goes for all America’s allies as well.

When the Islamic uprising begins across France , the two faced frogs will be begging for Russian help………..

JUST a note.
Nostradamus predicted a 30 year war with Islam. At its conclusion Islam ceases to excist …..well we have had a tad over 20 years now. Could be end times for some folks who live, breed and preach genocide and a second Holocaust. “Be careful what you wish for…. stab, bomb and murder….” is all the guru said.

I wouldn’t say they accomplish ‘nothing’, per se. They are a very handy tool to ignite a shooting war when either side so desires.

It was reported in a military blog that the French fighters were equipped with latest electronic gadgets on their missile pods and were in fact flying to gather the Russian response to planes flying close to Russian airspace.

Last edited 4 months ago by PJ London
0
Reply
Thank you! Please check your inbox to verify.