Russia Has Sustained at Least 1744 KIA in Ukraine

The Russian MoD last publicly announced its losses on March 25 when it admitted to having suffered 1351 dead and 3825 wounded.

By now the number is considerably higher.

Going through announcements by local authorities and local media made by April 25 a team of researchers tallied at least 1744 Russian military deaths in Ukraine.

78 belonged to Rosgvardia. 20 were jet pilots and 7 were helicopter pilots.

At least 300 were officers including 44 who were Lt. Colonels or higher. 2 were Generals.

The date of death was present in about 700 announcements.

If these are an indicator then the bloodiest stage of the war (on a per-day basis) were the first three weeks until mid-March. On March 12, 38 of the deaths for which date is indicated occurred, followed by February 24 (the opening day), February 28, and March 7. 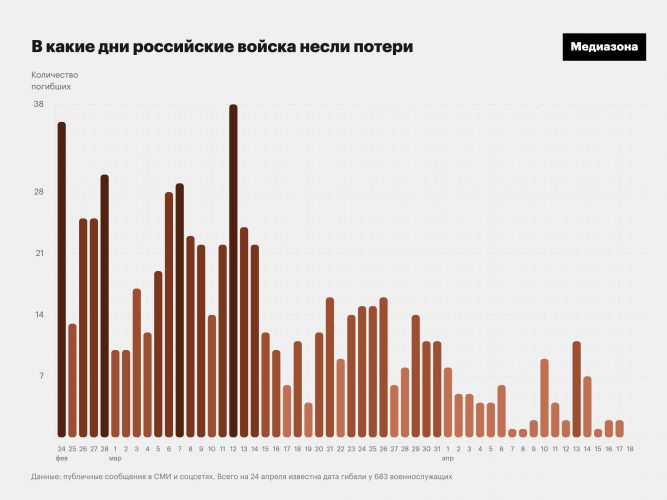 The real number is considerably higher because some regions like Moscow and Sankt-Petersburg have publicized only a fraction of their deaths. Others like Dagestan (125 dead) and Buryatia (85 dead) are much more transparent. 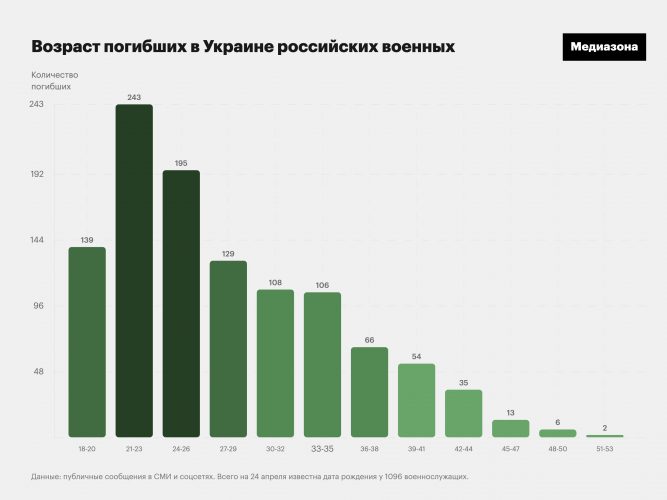 Age of the deceased was indicated in about 1000 of the announcements.

1 Comment
Leave A Reply
Cancel Reply
Read the rules before you think about commenting
Telegram Group
AE has a supporting readers Telegram group where we hang out and exchange leads and takes. If you have ever donated to AE drop me a line on email and I'll send you the link to join.