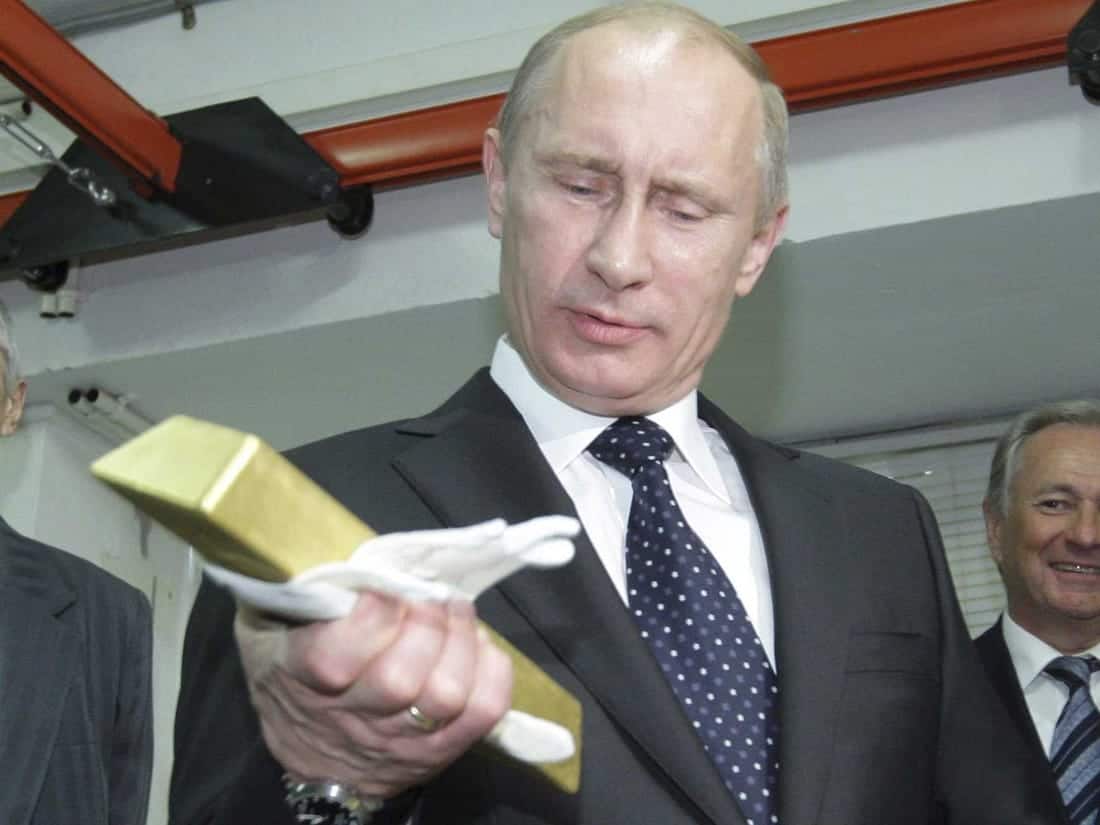 For the first time ever, Russia holds more gold than US dollars. 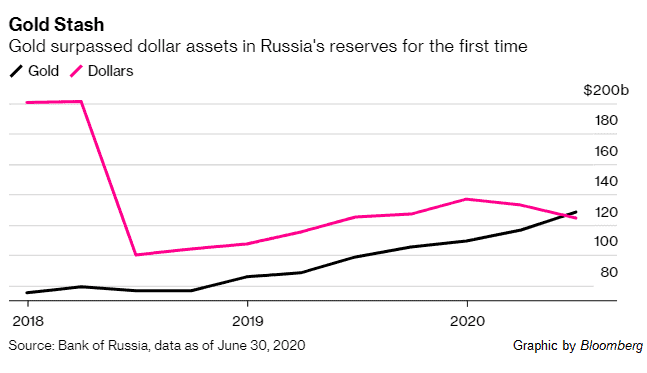 Russia’s gold holdings eclipsed its dollar reserves last year despite a halt in gold purchases. This was partly due to an increase in the value of its gold holdings with the rise in gold prices, and partly a function of the central bank’s continued efforts to shed dollar assets.

Russia’s shrinking dollar reserves was no accident. It was an intentional “de-dollarization” policy outlined by President Putin to lower the country’s exposure to the United States and shield it from the threat of US sanctions.

Gold now ranks as the second-largest component of Russia’s central bank reserves only behind euros. The Central Bank of Russia has also increased its holdings of yuan. The Chinese currency now makes up about 12% of Russian reserves.

Before ending its purchase program last spring, Russia was the biggest central bank buyer of gold. The Central Bank of Russia bought $4.3 billion worth of the yellow metal between June 2019 and June 2020, according to the report.

But the Russians were buying gold long before that. The Central Bank of Russia bought gold every month from March 2015. According to Bloomberg, “Russia spent more than $40 billion building a war chest of gold over the past five years, making it the world’s biggest buyer.”

Meanwhile, the Russian central bank was aggressively divesting itself of US Treasuries. Russia sold off nearly half of its US debt in April 2018 alone, dumping $47.4 billion of its $96.1 billion in US Treasuries.

With the US taking advantage of its privilege as the issuer of the world reserve currency to push its foreign policy agenda across the globe, Russia and other countries have made a concerted effort to minimize exposure to the dollar. Even allies such as the EU have created alternate payment channels to circumvent the dollar-based system. We’ve been watching this de-dollarization trend over the last several years, and have written extensively about the push to minimize dollar exposure by countries like Russia and China and their desire to undermine the ability of the US to weaponize the dollar as a foreign policy tool.

For instance, in 2018, the Russians launched a payment system to serve as an alternative to SWIFT.

SWIFT stands for the Society for Worldwide Interbank Financial Telecommunication. The system enables financial institutions to send and receive information about financial transactions in a secure, standardized environment. Since the dollar is the world reserve currency, SWIFT facilitates the international dollar system.

SWIFT gives the US a great deal of leverage over other countries. The US has used the system as a stick before. In 2014 and 2015, it blocked several Russian banks from SWIFT as relations between the two countries deteriorated. Last fall, the US threatened to lock China out of the dollar system if it didn’t follow UN sanctions on North Korea.