Russia flew a new passenger airliner with domestically-built engines for the first time since the Soviet era on Tuesday, the start of what it hopes will be a revival of a civil aviation industry to challenge Boeing and Airbus.

The medium-range MC-21 plane took off from a Siberian airfield powered by Russian-built PD-14 turbo-fan engines. The plane first flew in May, 2017, but with U.S.-made engines.

The MC-21 is built by Irkut Corporation, part of United Aircraft Corporation (UAC), and the engines are built by United Engine Corporation, all of which are majority owned by Rostec, Russia’s state aerospace and defence conglomerate.

UAC said the plane carried out a range of flight tests in a maiden voyage that lasted one hour and 25 minutes.

The Soviet Union was a major builder of passenger airliners used widely at home and in allied countries. But after the fall of communism, airlines largely retired their fleets of Tupolevs and Ilyushins for Boeings and Airbuses.

The Kremlin has been pushing to make Russia less reliant on Western imports, particularly since 2014, when the United States and EU imposed some financial sanctions in response to Russian military intervention in Ukraine.

Moscow had planned to begin delivering the MC-21 to buyers in 2019, but that date was pushed back, with Rostec saying U.S. sanctions had forced manufacturers to replace composite materials in the wings with Russian-made equivalents. The first deliveries are now expected at the end of next year.

Two modifications of the plane, which can seat 130 to 211 passengers, will be made available for order – one with U.S. Pratt & Whitney PW1400G-JM engines and the other with the PD-14 engines, UAC said.

Orders have been placed for 175 of the aircraft, with state carrier Aeroflot accounting for 50, UAC said. It did not say how many would include the Russian-built engines.

After the Soviet collapse, Russian-made airlines began to favour Western planes, over domestic offerings. Aeroflot has more Airbus & Boeing than Sukhoi models (which use French engines, anyway). S7 & Ural Airlines have no Russian aircraft at all.

The Irkut MC-21-300 has capacity for 211 seats, and is designed to compete with the Airbus 320 and the Boeing 737. It is planned to be introduce the aircraft to service next year, and it will be considerably cheaper than its Western rivals. The big test will be safety.

Good news, not only for #Russia, but for indiscriminately Western-sanctioned zones, like #Iran, where civilians are put at risk every day due to lack of airplanes and parts to renew the old commercial fleet. https://t.co/fHCYuzCGTS pic.twitter.com/DG3RCdFkGw

The MC-21 program already has flown four MC-21-300 prototypes equipped with Pratt & Whitney PW1400G turbofans and now hopes to gain certification for the Western engine-powered version by the end of 2021.

The PD-14-powered MC-21-310 emerged as a reaction to the threat of tightening economic sanctions by the U.S. that might limit the amount of Western content in the new narrowbody.

UAC has since offered the PD-14 to power China’s Comac C919 to address U.S. sanctions against that country.

The MC-21 had previously only flown with the rival Pratt & Whitney PW1400G engine. This variant of the twinjet is desginated the -300.

Chemezov says the MC-21 will “returns our country to the top league of world aviation”.

“For the first time in many years, a new, entirely-Russian engine has appeared,” he says.

Aviadvigatel says the specific fuel consumption of the engine is 10-15% lower than that of previous-generation engines, owing to the use of innovative technology and materials.

I remember the time when flying was very expensive until Aeroflot arrived in the market! Go Russia go.

LOOK how ridiculously FAR FORWARD of the wing these engines are!! They are ALL like that NOW thanks to the MANDELA EFFECT. I used to work on machines at ATA and SAW them in the hangar. You can still find engines under the wing in SOME video game simulations like Playstations JUST CAUSE and others. This is how they WERE! Mandela Effect is very Very VERY REAL!! http://vignette2.wikia.nocookie.net/justcause/images/5/59/Aeroliner_474.png/revision/latest?cb=20141214020647

Congratulations to Russia. Russia is once again playing with the big boys. That didn’t take long, did it? 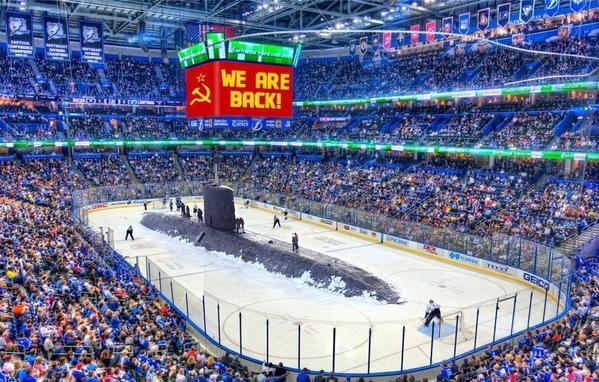 Haven’t heard that one. Sounds Canadian but than again, I’m from Confederate States of America. Southern Tang is a little different and hockey here is … well, not popular.

Oh…. You’re southern, too? I’ll be darn. I was born and raised in a small town in south Texas west of Victoria about 40 miles, not far from where La Salle got lost in the brush in 1684. I’ve lived in Dallas for almost 40 years, though, but I still have land and family down there – good fishing and bird hunting. That’s ranching country, though.

As for the hockey quote, someone attributed it to Rodney Daingerfield and that’s his style. However, it just sounds like a quote from from the 1920s or ’30s.

Texas is super Southern. Always wanted to visit but never ventured that far south-west. I call VA as home.

Southern geographically? No doubt. Culturally, it’s mixed. West of the Balcones Fault is western and southwestern. Austin across to Houston and south to the border is a western/southern hybrid. That’s the region I’m from. North and northeast of Houston and Austin is also a southern/western hybrid but more southern than western. Geography dictates.

Yes, I have a confederate ancestor who was a well off German farmer in Washington County. Surprise. I also have Czech and Russian ancestors and that makes me a rather rare bird in Texas.

Yeah I hear Texas is predominantly of Germanic ancestry but it was originally Mexican territory and Mexicans implicitly consider it theirs. So I imagine there is a substantial Mexican population in Texas. Florida was surprising for me. Folks just came up to us and spoke Spanish. I understand some but not the rapid gunfire Spanish. Czech is a great language.

Hispanic? Yes. Maybe 30 percent? Where I was born and raised, I had anglo, hispanic, and black friends. Many of the hispanic families had been in Texas since the 1820s. Some black families had been there since the 1850s. There was significant German immigration to Texas but most of it came after the civil war. Anglo ethnicities in Texas are, from most common on down – Irish, English, Scottish, German, Czech. My earliest German ancestor was in Texas in 1850. My Russian great grandfather and his wife came in 1893 and my Czech ancestors came in 1910, just in time to not get killed as an Austrian peasant war sacrifice.

Simultaneously, Russian President Vladimir Putin and President ???? would be discussing a myriad of issues via the hotline when Mr. Putin bluntly states, “Lets talk peace.”

Not only that – the British WebOne is using Russian rockets to compete with Zionist Elon Musk’s SpaceLink. Russia has excellent and educated human beings. Go Russia go! Congratulations and love.

Russia will likely put the plane through significant safety tests as the specter of the Boeing 737-MAX failure looms large.