The staggering number of 300,000 called up in just 40 days goes to show just how starved for manpower the Russian Ground Army had been 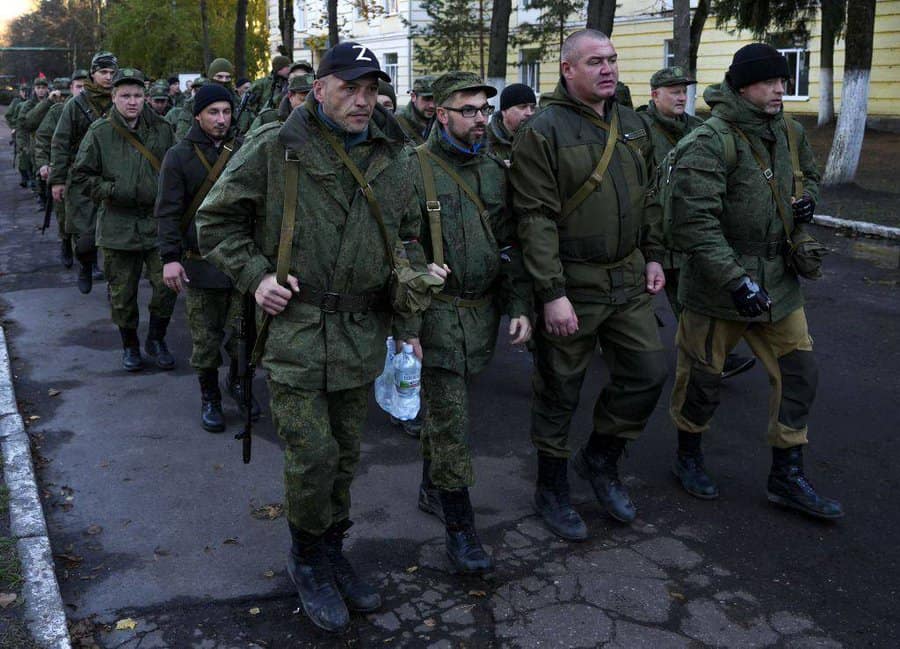 Putin has said that mobilization call-ups are about to end, and several Russian regions have already announced their completion. Sobyanin’s Moscow among them: 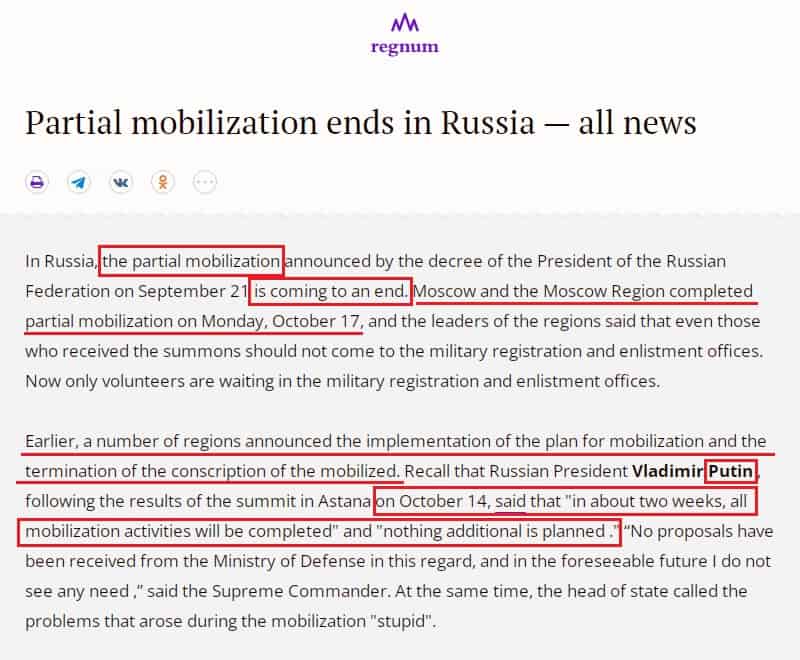 I am not surprised by this. As I wrote 300,000 is at the upper bound of how many people the Russian military can integrate in short order.

If the Russians have already called up 260,000 in just one month (which is massive), then it is normal that call-ups will now soon cease since calling up men is the easiest part of mobilization. The real work starts later. (As we have all also seen.)

In fact, when mobilization was proclaimed I felt that 300K was an unexpectedly high number. I would have bet on 200K or 250K, since in the Russian force structure only about 20% (circa 200K) slots in existing units are to be filled by war-time mobilization. AE, September 23:

“300,000 represents the upper bound of how many men the Russian military can assimilate in short order.

Russia no longer has skeleton, officer-only divisions that could quickly absorb gargantuan numbers of conscripts.

Pre-war Russia’s military only had about 200,000 slots that were kept empty and that were to be filled in case of a major war through mobilization.”

Interestingly Putin himself claims that initially, the military asked for a number under 300K:

“Firstly, the Defense Ministry originally had a lower estimate, not 300,000 thousand.”

(However, Putin doesn’t reveal when was the military making this request. Was it March?)

Indeed, to be able to carry out the mobilization of 300,000 at all Russia had to postpone the fall draft. (That’s how big this number is.) The conscription of 125,000 18 and 19-year olds for their national service was postponed from October 1 as is traditional to November 1. (This is more proof that mobilization wasn’t planned ahead but was a direct reaction to the debacle in Kharkov that served as the wake-up call that Ukraine had captured the initiative.)

Actually, it is difficult to see why the draft is going ahead at all. Logically conscripts should have been committed to war from day 1, before the mobilization was even decreed. But since Putin has now decreed mobilization, but maintains that serving conscripts remain non-deployable they have become dead weight.

The capacity of any military to equip, train and integrate men is limited. Especially in short order and on a budget. Every conscript is taking up training ground capacity, instructor time, equipment, weapon, and a slot in an existing unit that could have gone to a mobik, but only one of the two is actually deployable.

If Russia is in a war (is she??), it is pointless for her to be inducting into the military masses of personnel who are a priori banned from the war. Especially when those who are deployed are short of everything. (Imagine being in a war but insisting your military must equip 250,000 Quakers.)

If Putin insists that conscripts are non-deployable (an absurd stance) then they don’t have a role in the military. At least for the heavily pressured land combat arms, if they can not be part of the rotation then there is very little rationale to spend resources on them. Logic dictates that draft ought to be suspended indefinitely and the freed-up resources spent on mobiki.

So the takeaway is:

1. That mobilization call-ups will shortly end doesn’t mean much. They are ending because there is a physical limit to how many men the Russian military can integrate in short order. It just speaks to how many call-ups they had sent out in just over a month (and to how starved for manpower they had been before that such pace was necessary).

But there is nothing in Putin’s language that explicitly rules out a second mobilization at a later date. (Albeit knowing Putin he will drag it out and won’t make that call until much after it would have actually made sense.)

“[T]here are no additional plans. No proposals from the Defense Ministry have been received in this regard. In the foreseeable future, I do not see any need.”

2. If Putin continues to insist that conscripts are non-deployable, then conscripts no longer have a place in the Ground Army. Logically the now useless draft ought to be ended, and the freed-up resources used to give brigades more of the deployable mobiki.