Until now it has been a dead letter and now it's... somehow worse 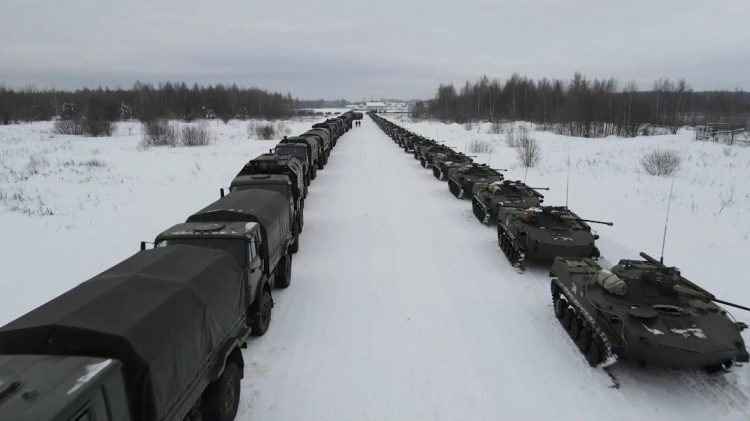 NATO is supposedly a defensive alliance. This of course is a lie. In what possible way is Belgium allied to Albania, or Portugal to Norway? In what possible way is Turkey allied to Greece?? In fact, “NATO” does not describe the relationship of the members to each other. It describes their relationship to the United States. NATO is a collection of Empire’s vassals who are respectable-looking enough or important enough (Turkey) to be inducted into a formal grouping of America’s vassals. Its real purpose isn’t for Romania to defend Spain and for Slovakia to help defend Italy but to provide extra capacity (manpower, jets, political cover) for Imperial adventures against rogue states (Yugoslavia, Libya, Afghanistan) and against Russia.

Similarly, CSTO, the mini-Warsaw Pact composed of six post-Soviet countries is supposedly a defensive alliance. This too is false. Are we to believe that should it come to war Tajikistan will defend Russia, Belarus will defend Armenia, and Armenia will defend Kirghizia? Nonsense. Should a state-on-state war break out every one of them is on their own. Russia will likely help but it would have done so anyway. So then is CSTO just a formal grouping of Russia’s vassals? No, because Moscow has nowhere near the influence over these states that the US has over NATO members. (Kazakhstan and Armenia in particular curse their geography that has prevented them from hitching their wagon to the US.) So then what CSTO is?

Well, up until now CSTO has been precisely nothing. It was a dead letter. A 1992 treaty that formalized an — in actuality non-existing — “allied” status to a weak and pro-Western Russia. It was little more than a way for a handful of the weakest and least anti-Russian of post-Soviet states to express they wanted to stay on good terms. (And in the case of Tajikistan and Armenia that they wanted Moscow’s help in their respective wars.)

Well, that has certainly changed now. 30 years after its stillborn birth CSTO has come alive as an… authoritarian support group. In 2020 when Lukashenko was dealing with protest and revolt Moscow advised him to change the constitution. In 2022 when the de-Russifying regime in Kazakhstan was dealing with same, Russia sent in the airborne. Quite the difference. It even made the humbled, Soros-backed Pashinyan lead the charge.

Can we understand Moscow’s motives? Moscow is allergic to instability in the best of times. This is not the best of times. Having delivered an ultimatum to the Empire and while conducting a large-scale maskirovka operation near Ukraine that leaves Kiev and NATO (and us) guessing, it doesn’t want to simultaneously be dealing with some sort of post-Maidan fallout in Kazakhstan. Dispatching the troops served as a valuable signal to Kazakh security forces that Tokayev has Russian backing and to stay at their posts. At the same time, Russian troops are being kept well away from Kazakhs. There was never any intent to have them police the streets and squares. Having the troops there and having helped save Tokayev gives Russia considerable influence at a moment when the situation has descended into elite infighting between the Tokayev and the Nazarbayev clans. Russia has very much thrown in with the former.

Personal impression: Russian deployment to secure critical infrastructure in KZ suggests Moscow interprets this chiefly as an internal elite dispute. This is not a peacekeeping operation, but a rapid reaction force to backstop Tokayev (also secures access to keep options open).

So then Moscow has bought itself a period of stability on its southern border, at least for now. And having demonstrated that CSTO is an actually-existing, living, breathing, acting thing its prestige is bolstered. That said, is the fact that the world now has two faux defensive war alliances a good thing? One is outwardly aggressive, scouring the world for places outside its borders to bomb, and the other one is…Russia’s dictator helpline. CSTO isn’t much of a military pact, but it is apparently an authoritarian support group where if you’re dealing with internal revolt you can call on the elites of other member-states to come help you out. I imagine this type of CSTO membership will be quite alluring to the governments of Azerbaijan, Uzbekistan, and Turkmenistan (if Russia is insane enough to pick up the task).

I don’t think people living in “liberal democracies” are any freer than people in Kazakhstan. “Democracy” is anyway a scam. The idea that anywhere it is the people who rule is nonsensical just on its face. It’s a lie to help government get away with even more than it would otherwise be able to. I’ve called Lukashenko “the most libertarian leader in Europe” and I stand by that. The measure of government’s liberalism isn’t to what extent it is ruled by the people because none are to any extent at all. The measure of a government is to what extent it will restrain its own power and what lines it will not cross. Lukashenko at least won’t conduct medical experiments on you over a seasonal respiratory virus. That’s very rare these days. So I won’t say that CSTO has any kind of monopoly on shitty governments. It absolutely does not. That said, we’ve still witnessed outside governments help out a crappy regime win out against the masses. It is possible to understand Moscow’s rationale for doing so without celebrating this fact. And without buying the typical dictator fare of how it was all orchestrated from abroad because all patriotic Kazakhstanis naturally love inflation, lockdowns, and digitized vaccine passports.

And oh yea, that beaten-up Kirghiz they’ve trotted out as proof of foreign mercenaries? He’s actually a musician with a history of touring Kazakhstan and is of modest fame:

“We are concerned about publications in a number of foreign media outlets in which they try to portray the jazz musician from Kyrgyzstan Vikram Ruzakhunov as a destructive element who came to Kazakhstan supposedly to participate in rallies,” said press secretary of the Kyrgyz President Erbol Sultanbaev.

Kirghizia is a CSTO member and participated in the CSTO deployment to Kazakhstan.