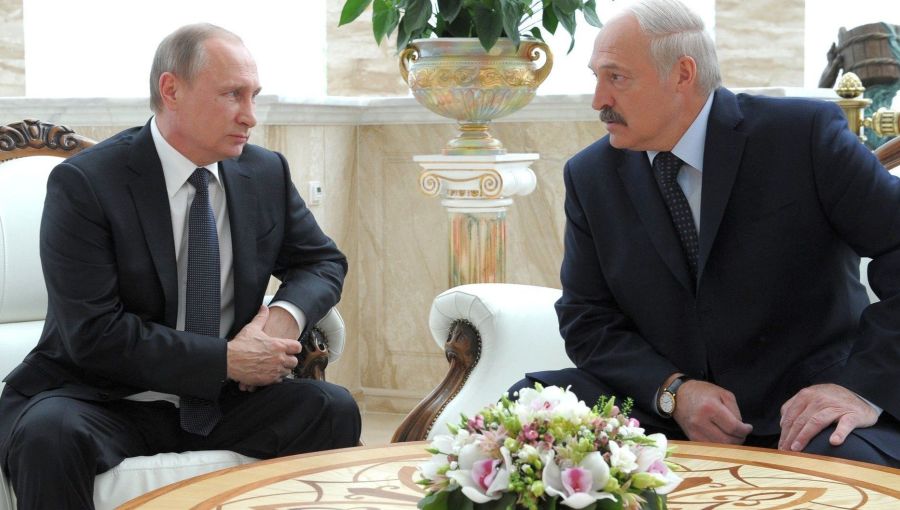 Russia and its neighbouring post-Soviet republic Belarus have inked a roadmap with the aim to form “an economic confederacy” by 2022, the Kommersant business daily reported on September 16.

Specifically, Minsk and Moscow also seek to unify their customs and energy policies by 2021. The union state tax code is expected to be adopted by April 1, 2021. Russia-Belarus economic confederacy entails the creation of a single tax code, civil code and list of foreign trade rules, in addition to unified oil, gas and electricity market regulators by 2022.

The roadmap does not address integration between the two countries’ state security, defence, law enforcement and judicial domains.

The document does not mention the possibility of a single currency but envisages the prospect of the unification of the countries’ payment systems and the introduction of a single system of investment protection.

Belarus traditionally relies on Moscow’s multi-bn energy subsidies and credit resources. In February 2017, the Kremlin said that providing oil subsidies to Belarus cost Russia’s budget $22.3bn in 2011-2015. “From 2011 until 2015, between 18mn and 23mn tonnes of oil was supplied to our Belarusian partners duty free. As a result, during that period, the Russian budget was down by $22.3bn. All of this is nothing if not direct and indirect support for Belarus,” the Kremlin added.

The same month, Russian President Vladimir Putin said that Russia provides impressive “hidden and direct” support for the Belarusian economy, and this money is not wasted for Moscow.

In turn, Lukashenko claimed in early February that membership of a common market with Russia as a part of a single customs area has cost his country $15bn as a result of unequal prices and conditions.

Kremlin spokesman Dmitry Peskov told reporters the same day that the plan of action cited by Kommersant is “preliminary”. He added the integration roadmap is expected to be released to the public before the start of 2020, according to the Moscow Times.

“The sovereignty and independence of each of the countries are the red lines,” she said. “In the process of integration [with Russia] we are taking steps that are economically expedient. No joint [governing] bodies are being established, the countries are not ready for that.”

Eismont added that Union State bodies worked efficiently and there was need to create any new bilateral agencies. “These are the bodies through, which, according to agreements reached by the presidents, issues of bilateral relations are and will be resolved,” she said.

At the same time, Belarusian opposition leaders have expressed concern about the roadmap, some of them pledged to bring up the matter while campaigning ahead of this November’s election for the lower house of the nation’s parliament, the House of Representatives.

Specifically, former political prisoner Nikolai Statkevich told news agency BelaPAN that “this economic absorption by Russia will entail political absorption”. “This is the sale of Belarus in exchange for the supply of hydrocarbons that will allow [Lukashenka] to stay in power longer,” he said.