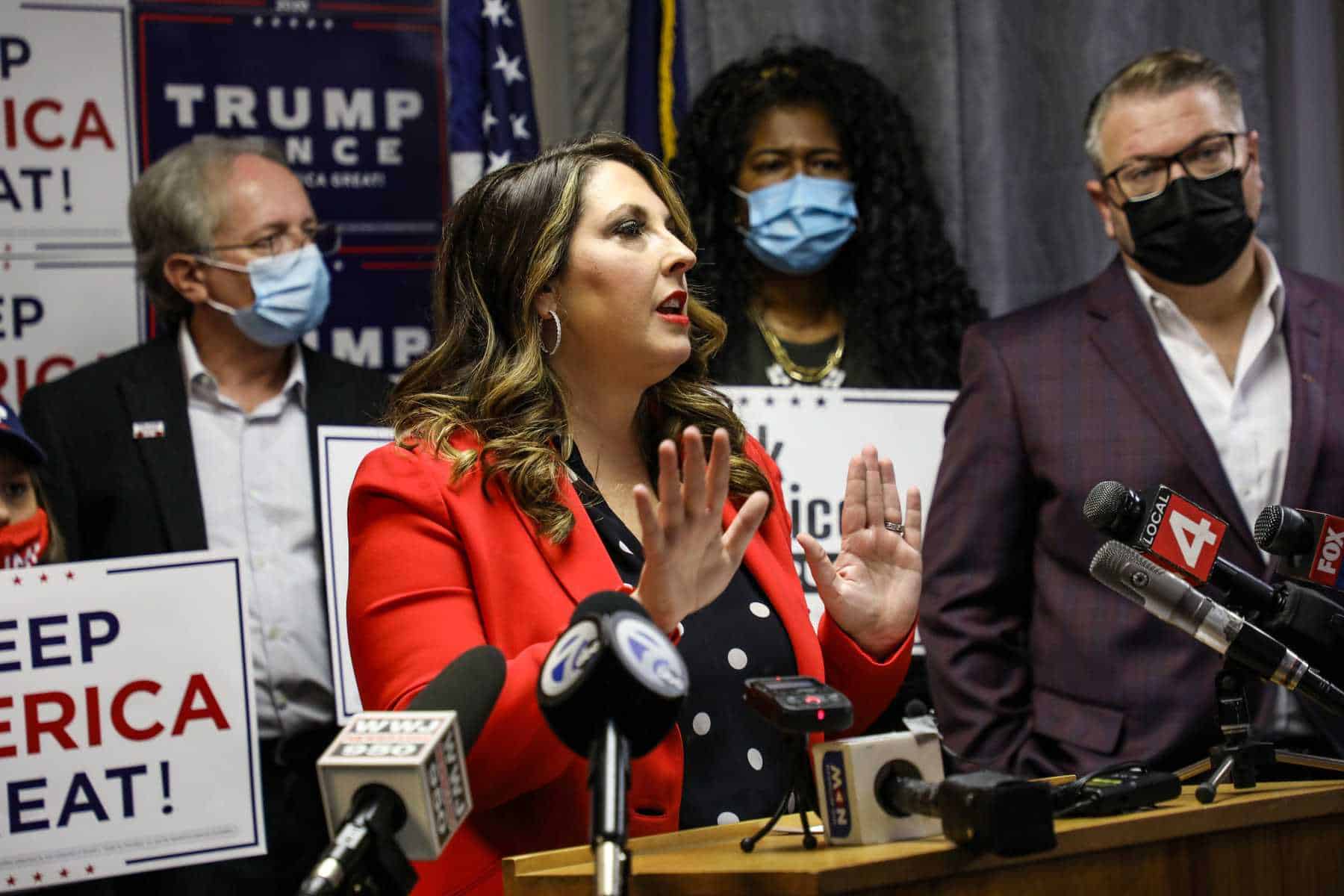 Briefly listing the allegations on Hannity’s show, McDaniel said that a person in Wayne County, Michigan alleged that 60 percent of a batch of voter ballots had the same signature on them, that another affidavit claimed to have seen 35 ballots counted despite not being cast by registered voters, that 50 ballots were counted multiple times in a tabulation machine elsewhere, that one woman’s dead son somehow voted in one election and that Democrats handed out documents on how to distract Republican vote challengers.

“It’s been rigged from the beginning,” McDaniel told Hannity, “rigged from the laws that were being passed in the name of COVID to create a porous election, rigged in the sense that they kicked Republicans out of poll watching and observing… and now you have a media that’s rigging it again by saying we’re not going to even listen to these stories.”

“That’s why the RNC is going to pursue this to the very end,” McDaniel continued. “We can never let this happen again…. These men and women matter their voices will be heard.”

McDaniel’s appearance on Hannity’s show follows various other Republican party members who have furthered yet-to-be-substantiated claims of voter fraud made by the re-election campaign of Republican President Donald Trump.

Trump’s re-election campaign has filed lawsuits in several states alleging that thousands of votes were fraudulently included in final vote counts and should be thrown out. The legal challenges seek resolution before each state certifies its election results in December.

In a speech on Monday morning, Republican Senate Majority Leader Mitch McConnell said, “President Trump is 100 percent within his rights to look into allegations of irregularities and weigh his legal options.”