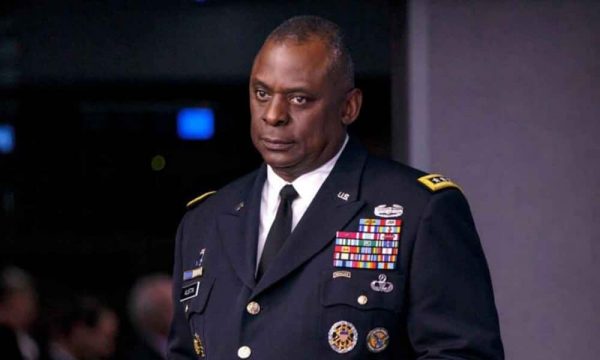 While members of the House of Representatives usually do not have a say in confirming an incoming administration’s personnel, the Biden team’s decision to name Lloyd Austin as secretary of defense has given them a seat at the table.

Austin — a four-star Army general who ran Central Command in the Middle East under the Obama administration and retired in 2016 — requires a waiver to serve as secretary of defense since he hasn’t been out of uniform for the requisite seven years.

A number of House Republicans who voted in favor of granting a waiver for General James Mattis to serve as President Trump’s secretary of defense now say they won’t do the same for Austin, who would become just the third secretary of defense in U.S. history to be granted the waiver.

“I was brand new to Congress, I voted for the waiver for General Mattis — and in hindsight, that was a mistake,” Representative Jim Banks (R., Ind.) told National Review. “At the time, we addressed it as an extraordinary moment, extraordinary circumstances. And here we are just four years later talking about granting a waiver again, further deteriorating the civilian control of our military.”

While Banks, who was recently elected chairman of the Republican Study Commission, “respects and admires” Mattis, he believes the choice, in retrospect, was the wrong one.

“What we did learn from that is a career military official, whose military service was very, very fresh and who was oftentimes in stark disagreement with the approach of the commander in chief — that’s a dangerous precedent to set,” he explained.

In January 2017, Banks and four other freshmen Republicans — all military veterans — wrote a joint op-ed arguing that Mattis, a former Marine and Trump’s first pick to lead the Pentagon, warranted the first military waiver since 1950.

“As the world becomes increasingly unstable, the American people will be fortunate to have Jim Mattis leading the Defense Department. He has the vision and he has the strength. We urge our colleagues to send General Mattis to the Pentagon,” they argued.

Representative Mike Gallagher (R., Wis.), who also signed the letter, now thinks such a decision was a mistake. He echoed Banks’s assessment in a Wall Street Journal op-ed published last week, writing that “like many military officers, Secretary Mattis never seemed interested in the cabinet politics that come with the position.”

But for Banks and Gallagher, part of a growing contingent of China hawks in the Republican Party, the concern about Austin’s appointment goes beyond concerns about civilian control over the Pentagon.

“It doesn’t look to me like there’s any serious thought in the Biden world about being tough on China and holding China accountable. So that flies in the face with where almost all Republicans are at the moment,” Banks stated.

In an interview with National Review, Gallagher pointed to Biden’s own explanation for the Austin pick in a piece for the Atlantic.

“He talked about his top priorities being COVID, military families, and diversity — all important issues, but not top-three for the next Secretary of Defense. Probably not in the top 10,” Gallagher said. “The top three issues are, China, China, and China. Just recently, Chinese state media encouraged the Biden team to focus on climate change and racial injustice.”

Gallagher said that Austin’s selection epitomized “a primary rift” in the incoming administration: between “transnational” advocates, who see national security and foreign policy in terms of global threats that require cooperation with states such as China and Russia, and “state-based” advocates, who see America’s main threats in terms of great power competition with nations such as China and Russia.

“I think this is an open question as to which side wins. Even if it’s for the wrong reason, I’m glad so many Democrats are seeing Vladimir Putin’s Russia as a big challenge, but it remains to be seen if they’ve had a similar reckoning on China,” he said.

While Austin’s views on China are practically unknown, there are already signs that Biden’s foreign-policy inner circle is leaning against the confrontational stance favored by the Trump administration.

Earlier this week, Atlantic columnist Thomas Wright cited three sources close to Biden climate czar John Kerry who said that “Kerry believes that cooperation with China is the key to progress on climate change and that climate is by far the most important issue in the relationship between the United States and China.”

And Antony Blinken and Jake Sullivan — Biden’s picks for secretary of state and national-security adviser, respectively — both have publicly argued that, while China’s rise is of great consequence, a hawkish mentality is counterproductive.

“I think the question we have to ask ourselves is, ‘What is the most effective strategy to protect and advance our security, our prosperity, our values when it comes to engaging with China?’” Blinken told CBS News in September.

In a May discussion with the conservative Hudson Institute, Sullivan said that the U.S. should “try to create enough situations of strength that we’re effectively able to deal with the Chinese in a way that protects our interests and values, but does not either wish them away or try to result in an outcome where the Chinese state has collapsed and they’ve declared defeat, and it’s game over.”

And Biden himself has dismissed the notion that China represents a real challenger to the U.S. on the global stage.

“China is going to eat our lunch? Come on, man,” the former vice president said while campaigning in Iowa last year.

“I mean, you know, they’re not bad folks, folks. But guess what? They’re not competition for us,” he added.

Such rhetoric makes some Republicans worried, considering the stakes.

“Has Biden himself — much less a number of his picks, who have been with him for decades — shifted their fundamental views?” Representative Michael Waltz (R., Fla.), a member of the House Armed Services Committee, told National Review. “I mean, he said just this year that the rise of China is a peaceful thing, we can coexist, that we can we can grow together. And look, you just have to read Chairman Xi’s own speeches of replacing the American dream with the China dream around the world.”

Waltz said that he believes the country needs “a Cold War footing” to effectively marshal the country to rethink its relationship with China.

“The Chinese have been there for over a decade, and America needs a wake-up call,” he said. “I don’t think there’s consensus in our political leadership yet.”

Even some Senate Republicans who frequently disagreed with President Trump are watching to see if Biden will seek a return to the more settled and less confrontational relationship between the U.S. and China that prevailed under President Obama.

“These guys can’t magically rewind the clock and pretend that the Chinese Communist Party isn’t exactly who they say they are,” Senator Ben Sasse (R., Neb.) told National Review in a statement. “Appointees to national security posts are going to have to explain how Xi’s China in 2020 is not the China of 2008, 2012, and 2016, and why U.S. policy cannot look like it did in those years.”

Senator Mitt Romney (R., Utah) said in his own statement to National Review that Biden’s picks should “possess a clear understanding of this threat.”

“China has made it clear that it is their objective to become the world’s dominant player, to replace the U.S. economically, militarily, and geopolitically,” he elaborated.

If not Austin, who would House Republican China hawks prefer?

Many pointed to Michèle Flournoy, Obama’s former Pentagon policy chief, who was reported as the early frontrunner.

“She’s a far better pick because she’s been focused on the issues that we’ve been talking about,” Banks said. “Biden has determined to make it a very political pick, rather than putting the interests of our military and our country first, and that’s what’s disappointing.”

“If indeed you believe China is the pacing threat, you’re going to need someone in the priority theater who can hit the ground running, knows the players, and knows the region, and Austin is not that person,” he explained. “I think she’d be better. Of the people I’ve seen on the list, she’s the best.”

Waltz said he had gotten to know Flournoy while working on Armed Services’ “Future of Defense” task force, which in September found that “China represents the most significant economic and national security threat to the United States over the next 20 to 30 years,” and recommended a public-private partnership model to beat China to advancements in artificial intelligence and biotechnology.

“Flournoy has spent years studying these issues. I just don’t understand the pick,” he said, adding that he was leaning against the waiver for Austin but had not made a final decision.

So will Austin make it through the gauntlet? One Republican congressional aide told National Review that on top of Republican concerns, Democrat aversion might sink his case — in 2017, only 36 House Democrats supported the waiver for General Mattis. Representative Elissa Slotkin (D., Mich.) raised concerns soon after Austin was announced in early December.

“I’d put my money right now on him being one of the nominees that doesn’t make it through the process,” the aide said. “And I would say that that would be because of Democrats, and not because of Republicans.”