Supporters of Kamala Harris have been eagerly awaiting an announcement on who her VP pick will be when she takes over as president approximately 5 minutes after Joe Biden is inaugurated. According to sources close to the campaign, she is already vetting possible candidates for the job.

“I am proud to announce I will soon be announcing my pick for Vice President of the United States,” said Harris. “We have searched all across this great land. While I cannot yet confirm who my pick will be, I can say this: my pick for VP will be even MORE of a woman and even MORE of color than I am. It will be the most colorful and womanly team ever!” She then threw her head back and cackled maniacally.

Joe Biden was also thrilled to hear the news that he would be getting not just one, but two female vice presidents.

The VP search has stalled since it has proven difficult to find a woman of color who survived both Kamala Harris’ pro-abortion policies as well as her aggressive imprisonment of minorities. In a statement, the campaign also promised to announce a pick while all The Babylon Bee writers are sleeping so they won’t have a chance to write a funny headline about it. 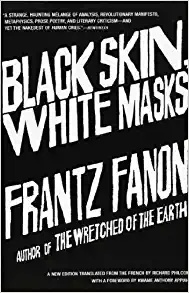 Hillary Clinton is going to be Harris’ VP choice.

Kamala is not Black. Read #Fanon.

Her mother was from India and her father was from Jamaica.
Neither of them were American citizens at the time of her birth.

She was born here and that is what the law says. She is an American citizen.

Kindly cite the law that does not exist.
Are you aware of the difference between a “citizen” and a “natural born citizen?” If the writers of the Constitution meant “citizen,” why did they specifically write “natural born citizen?” The reason is that they are not the same thing.
Why would the Supreme Court define something whose meaning was clear?

Has the Supreme Court declared this — “All persons born or naturalized in the United States, and subject to the jurisdiction thereof, are citizens of the United States and of the state wherein they reside. No state shall make or enforce any law which shall abridge the privileges or immunities of citizens of the United States; nor shall any state deprive any person of life, liberty, or property, without due process of law; nor deny to any person within its jurisdiction the equal protection of the laws” — Section 1 of the Fourteenth Amendment, unconstitutional?

So? Repeal the 14th Amendment retroactively?!?!
(I’m no fan of Harris. I’m a fan of pointing out obfuscation of issues.)

#Kamala is whiter than I am. Or as Butler might say: KH is sexed female, gendered masculine, and masquerading as femme. All her gestures, facial expressions, everything are girly white from an earlier time.

Tulsi Gabbard would have made a far better US presidential candidate.

Tulsi’s role was to enter the fray and introduce an alternative way of perceiving the state of it all. #Kamal is a careerist. I stop here on her.

that the best dims can produce as candidates r 2 ruling class minions slightly more fascist than trump demonstrates that the police state oligarchy empire will collapse soon–predicted in the next 5-10 years by Galtung
as if voting matters where there is no functioning democracy (Jimmy Carter, etc) and election laws only exist in dictatorships like azerbijian

I am not sure who is worse; Pence or Harris? If the Socialist Equality Party (wsws.org) that I am a delegate for isn’t on the ballot in November, I will not vote at all and allow the chips to fall where they may even as partisan Democrats claim any vote not for Biden is a vote for Trump.

All of California’s electoral votes are going for Biden-Harris anyway. That’s where those “chips” are falling.

show elections where both parties reflect the same oligarchy—the winner take all gridlock nature of US society guarantees that fickle amerikans will rearrange the chairs but never address social forces—amerikans —too passive, nihilistic, narcissistic to address social forces focus on their peasant witch hunts—the mueller stupidity…Jeremy Hammond is in prison, so was Manning for 1 year—only 2 backward peoples allow this backward institution—grand juries—USA Liberia
“the state always reflects the desires/values of its people”. Durkheim…..also observed by marxists, Parsonians, consensus historians, etc

The American empire is slowly circling the drain.

if bugs bunny was president the amerikan oligarchy would not be surprised, nor would they care

Bugs Bunny would over qualify for POTUS ! I.Q. too high …

Trump needs to become familiar with the SCOTUS’s definition of natural born citizen as provided in Minor v. Happersett, 88 U.S. (21 Wall.) 162 (1875) so that Kamala Harris can be exposed as not being one.

didn’t the rebloodicans try that with Obama and get attacked for it.

I happened to watch that entire thing on CNN. #Trump said he read a highly reputable lawyer who wrote it. Then said he couldn’t comment on it one way or the other. Then CNN spun that into a racial slur vs Kamala on birth and then it mushroomed. I saw just how they did it. childplay.

Do you believe everything you see on CNN?

Belief is not an issue here. I just watched Trump say it. He might have lied, he might not have lied. But saying you dont kno enuf to make a comment except to say it was written by a reputable person is not setting a fire on birth racism but that is the way CNN spun it. So let them spin. I dont care.

You have never heard of Photoshop?

can recently claimed that the anti-covid demonstrations in Berlin were “right wing”—the Russian and German media reports that it was largely the communists/anarchists from Fredericksburg….it is easy to identify a German nationalist—their shoelaces….not observed in the recent protest