The 'chemical gas attack' the US attacked Syria over never happened 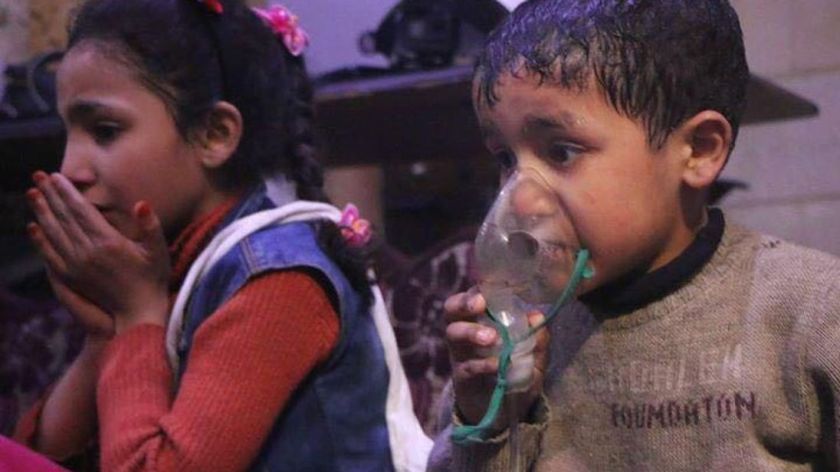 We are now being told (and I assure you I am not making this up) that if the Organization for the Prohibition of Chemical Weapons doesn’t find evidence that the Syrian government conducted a chemical weapons attack in Douma last week, it’s because Russia hid the evidence.

“It is our understanding the Russians may have visited the attack site,” reports U.S. Ambassador Kenneth Ward. “It is our concern that they may have tampered with it with the intent of thwarting the efforts of the OPCW Fact-Finding Mission to conduct an effective investigation.”

I guess the idea is that this international top-level investigative team on which tremendous credibility has been placed by the western world can be thwarted by Russians showing up with a Hoover and spraying some Febreze in the air like a teenage stoner when mom comes home? I’m not sure, but given the immense dearth of evidence we’ve been seeing in support of the establishment Douma narrative and the mounting pile of evidence contradicting it, it sure does sound fishy. 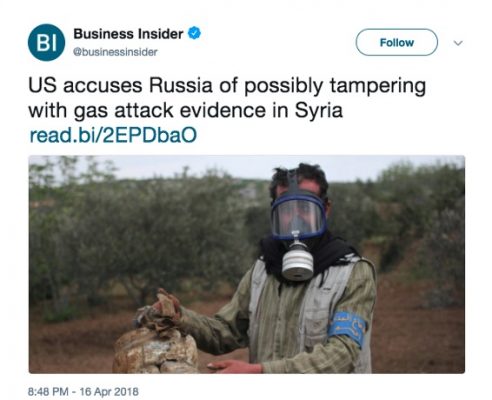 Now that the jihadist-occupied suburb of Douma has been retaken by the Syrian government, western journalists have been allowed in to poke around and start asking questions, and so far it isn’t looking great for the propaganda machine.

The Independent‘s Robert Fisk has published a report which affirms the story so many westerners have been dismissing as Kremlin propaganda for days now after interviewing a doctor from the hospital of the area where the Douma attack was supposed to have occurred. Dr Assim Rahaibani told Fisk that what was in actuality an outbreak of respiratory distress among occupants of a dusty oxygen-deprived tunnel was made to look like the aftereffects of a chemical weapons attack when a member of the White Helmets started shouting about a gas attack in front of a bunch of video cameras. Everyone panicked and started hosing themselves down, but in the video, according to Rahaibani, “what you see are people suffering from hypoxia—not gas poisoning.”

Robert Fisk Reports Head of Douma Clinic Denies Chemical Weapons Attack – Robert Fisk is one of the very few excellent investigative journalists still employed in the UK. He is twice winner of the British Press Awards' Journalist of the Year prize, and https://t.co/bh10198hWv

This report was independently backed up by a reporter from One America News Network named Pearson Sharp, who gave a detailed account of his interviews with officials, doctors, as well as many civilians on the street Sharp says he deliberately selected at random in order to avoid accusations of bias. Many people hadn’t even heard that a chemical weapons attack had taken place, and the ones who had said it was staged by Jaysh al-Islam. The staff at the hospital, including a medic-in-training who was an eyewitness to the incident, gave the same story as the account in Fisk’s report. (Fisk also reported that the White Helmets in Duma had joined jihadists on Syrian government buses on the way to Idlib province.)

The increasing confidence with which these unapproved narratives are being voiced and the increasing discomfort being exhibited by empire loyalists like Ambassador Ward indicate a weakening narrative in the greater propaganda campaign against the Assad government and its allies, but don’t hold your breath for the part where Fox News and the BBC turn around and start asking critical questions of the governments that they are meant to be holding to account.

The journalists who have been advancing the establishment narrative on Syria aren’t about to start reporting that they’ve gotten the entire Syria story backward and have been promoting a version of events manufactured for the benefit of CIA-MI6-Mossad agendas. You’re not about to see CNN, who last year staged a fake scripted interview with a seven year-old Syrian girl to manufacture support for escalations against Assad, suddenly turn around and start asking if we’re being told the full story about what’s happening Syria.

Watch them closely. Watch how they steadfastly ignore the growing mountain of evidence and keep promoting the Syrian regime change agenda that the western empire has been working toward for decades. Watch them dismiss all evidence they can’t ignore as Kremlin propaganda and shift the narrative whenever things start to look bad for them. Those riding the crest of the wave of establishment media are too far gone into the blob to ever admit error and change. The least among us aren’t about to stop constructing a public reality tunnel which depicts them as heroes of truth, tear it all down, and start advancing a narrative which makes them look like fools at best and villains at worst. It will not happen.

Luckily for us, it doesn’t need to. Internet censorship is still far from closing the door on our ability to network and share information, and we’ve been very effective at sowing skepticism among the masses. The war propagandists are not nearly as good at their jobs as they want to believe, and we can beat them. 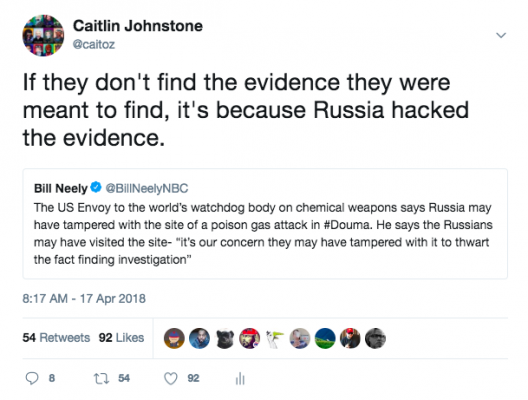