Remember When ‘Vaccines’ Were Supposed to End COVID Spread? — HAHAHA, That Was a Good One, “Experts”

the revisionist history around vaccines is getting pretty extreme. let’s be VERY clear:

(of course, they then changed the definition of “vaccine” as well to make this look like less of a failure)

despite the massive PR offensive underway to deny this, these are the facts.

this is what they sold us.

and we have the receipts.

i’m going to compile them here so people have them. if you have more, please drop links in the comments. this is information that needs to be preserved instead of whitewashed out of existence.

let’s start with this compilation from always on point gatopal™ and rational ground stalwart justin hart who in his inimitable way, once more skewers the fauci follies from CNBC yesterday.

watch the video. it’s a doozie.

Dr. Fauci on CNBC
Host: "I wonder whether you felt there had been a communication error…"
Fauci: "Well I think it was the question of what people interpreted…" pic.twitter.com/H1O63IAlez

this new tale of “communication errors” is a complete fabrication.

tony could not have been more clear. in fact, this whole “vaccinated people become dead ends for the virus and cannot spread it” talking point was his invention. they are his words.

and these words rapidly appeared in the mouths of this whole team of panacea pushers as they stridently advocated for a solution they clearly did not understand.

he repeated them over and over.

they popped out of walensky’s mouth immediately.

"Our data from the ⁦@CDCgov⁩ today suggests that vaccinated people do not carry the #virus, don't get sick, and that it's not just in the clinical trials but it's also in real-world data," #covid https://t.co/fiFALVfkdy

they were echoed by entire phalanxes of talking heads in no uncertain terms.

this was not “open to interpretation.” this was one unified edifice of talking points flawless in its fealty to narrative and relentless in its application.

even “the big guy” got involved.

but it all traces back to tony.

these were his words that the rest of this ecosystem regurgitated as the deadly, untested trump toxins became the safe and vital fauci ouchies that only a conspiracist or a science denier could doubt.

and they were clearly, plainly wrong.

and tony is clearly and plainly lying now about what he said then.

the whole unified front of the medicine of make believe is clearly and plainly lying now about what they said then.

they played politics with your health, pure and simple. and they are trying to do it again as they claim that the literal foundational plank of their covid policy was “some sort of misunderstanding.”

i mean, guys, these people are just making this up as they go and hoping to catch a break and finally look correct.

astonishingly, people are falling for it.

i am literally gobsmacked by the lack of memory and discernment.

this level of credulity leaves me wondering how the entire country has not already lost its savings in some internet scam.

i mean, these people literally sold us vaccines as the only off ramp to restrictions. that lasted what, about 3 weeks before it started to unravel in the face of infections?

the WHO literally bet the ranch on this, remember?

certain waggish internet felines went so far as to make memes about it.

the CDC literally went so far as to change the definition of vaccines (and their purpose) once it became clear what was going on.

and again, we have the receipts.

this is not miscommunication, it’s misinformation, and it’s being spread purposefully and with malice aforethought.

they told us two shots would work, then it was 3, fauci is already babbling about 4 before boosters in the US have even hit 25%.

and while tony and the totalitarians are trying to sell you another album of discordant dissembling, some others are waking up.

almost no one went in earlier and harder on vaxx passes and vaxx mandates than israel. they went in fast and furious for boosters too, even mandating them for going out in public

and it all failed.

but, while phony baloney tony and the gang once more reprise their smash hit “cover up and double down” in the US, at least the israelis look like they might be ready to admit it.

it is time for us to demand the same. fauci, not covid, is the plague upon our house. the whole rotten edifice of US public health is.

in any sort of just world, we’d be getting ready to ship these pernicious propogandists to guantanamo (and send every media talking head that lobbed them softballs and never asked about their lies and inversions with them).

alas, this is likely too much to ask for, but at the very least, let’s be sure these people are discredited utterly. they have done nothing but lie since the very beginning, and they are not going to stop.

it is far more seductive to believe that others are evil and unclean and that we just needed to “obey better” than to accept that you got taken for a rube.

but that path leads to being preyed upon as a chump in perpetuity.

this ends when everyone sees their people for the predatory charlatans they are.

and it’s time this ended. There is no way to end a pandemic of tests (cases)

Say one thing, Do another. And yet the same fools that took the injection still believe everything they say after 2 years of non stop lies.

It’s no wonder they laugh at us and consider us a lower form of life. I mean,,, two years and most still don’t ‘get it’!

The Master of the Light Upon Nations ? 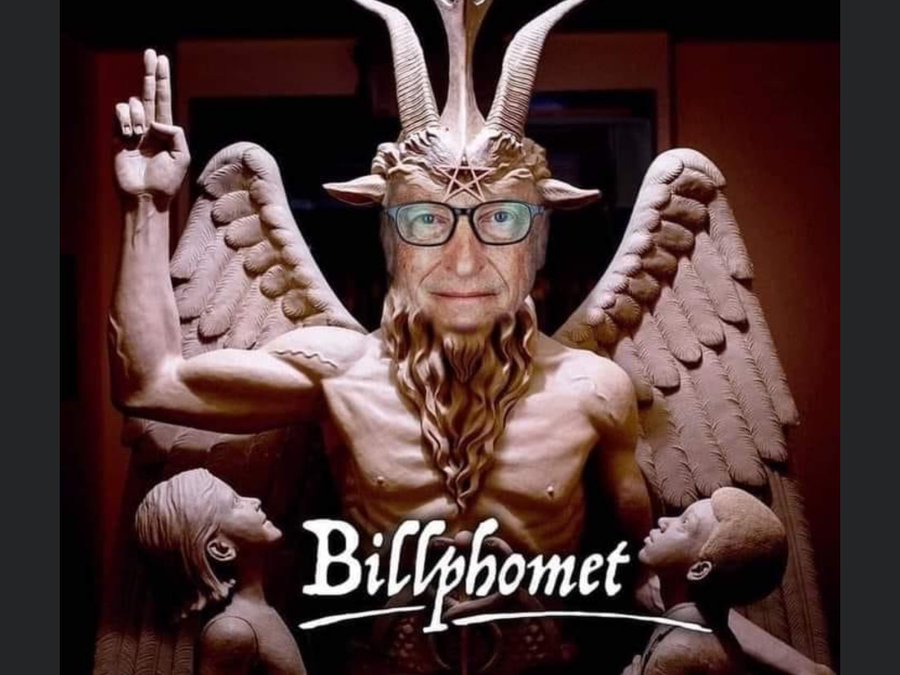 Pretty cool! Be more realistic if the first index was curled with only the social finger showing to let us know what he wants to do to us.

In nature when a group of animals become too large (Too many individuals in a given area) they become collectively stupid. The dumbest die off in droves and rebalance the population.

Its only two weeks to flatten the curve, bro.

We now have the right to use Propaganda , Against the American citizen , just like we did with Radio free Europe. signed into law 2013 by B Obama. Strange how no one ever brings this up.
In other words, the Government has allowed evey media, every corporation , every employee or ” government expert” to lie straight out, cook the books or numbers, – and there will be No repercussions, No judicial litigation, No Feedback and this took the 1st Amendment and the Constitution and threw it in the Dumpster.
The OSHA ruling from the Supreme court will be an interesting mockery , especially if they vote to legally make employers, vaccinate employees.