Record Hunger in the Philippines Under Virus Maos

"If you go out there everybody will tell you that they're more afraid of dying from hunger than dying from COVID. They don't care about COVID anymore."

MANILA: Daniel Auminto lost his job and then his home when the coronavirus pandemic sent the Philippines into lockdown. Now he and his family live on the street, relying on food handouts to survive.

Charities are struggling to meet the ever-growing demand for food as millions of families go hungry across the country.

COVID-19 restrictions have crippled the economy and thrown many out of work.

“I’ve never seen hunger at this level before,” said Jomar Fleras, executive director of Rise Against Hunger in the Philippines, which works with more than 40 partners to feed the poor.

“If you go out there everybody will tell you that they’re more afraid of dying from hunger than dying from COVID. They don’t care about COVID anymore.”

The number of people going hungry has reached a record high during the pandemic, according to pollster Social Weather Stations.

Nearly one-third of families – or 7.6 million households – did not have enough food to eat until full at least once in the previous three months, its September survey showed.

Among them were 2.2 million families experiencing “severe hunger” – the highest ever.

The numbers have been going up since May, two months after the country went into a severe lockdown – reversing a downward trend since 2012.

Virus restrictions have been eased in recent months to allow more businesses to operate as the government seeks to revive the devastated economy, which is expected to shrink up to 9.5 percent this year.

For the country’s legions of poor, the pandemic is just another challenge in their lives – and not even the most serious.

Auminto, 41, spent years sleeping on the streets and eking out a meagre living by selling trash for recycling. His fortunes changed in 2019 when he found stable work as a building painter.

That gave him enough money to rent a room in Manila, which he shared with his wife and their two-year-old daughter, buy food and even save a little towards their dream of opening a small store.

“We lost our home, my job. We even lost our clothes which were stolen from us,” said Auminto as he sat in a park where the family sleeps on a flattened cardboard box at night.

Before the pandemic, he “planned to work and work our way out of poverty”, he said. “It’s for my family, so I can give them a better life, send my child to school.”

Every day they join long queues of mostly homeless people to receive a free meal from an outdoor food pantry.

On some days the family gets two meals from different pantries; other days it is just one. Sometimes they have no food at all.

Five days a week volunteers at a centre in Manila run by the Roman Catholic order Society of the Divine Word prepare around a thousand meals of chicken, vegetables and rice that are packed into boxes and given to the hungry.

“The majority are still homeless but there’s a good number who are with homes but are desperate because there are no jobs.”

Hunger was already a major problem in the Philippines before the pandemic struck.

About 59 million people were “moderately or severely food insecure” between 2017 and 2019 – the highest in Southeast Asia – the UN’s Food and Agriculture Organization said in a report.

The impact of the virus on hunger has been exacerbated by a series of typhoons that have pummelled the country in recent months, destroying tens of thousands of homes.

Fleras said food donations have soared during the pandemic, in part because many factories forced to suspend operations gave away their surplus stock. But it is not enough to meet demand.

Auminto said it was “painful” to have lost everything and be back on the street where he says the police treat them “like animals”.

“They should understand our situation, not treat us like pigs,” he said.

In Québec-Canada nowhere to go for a coffee, take it home if you have a car or stand out in cold wind and snow.
G7, Israel, & oil rich ‘peaceniks could help people dying from hunger but It’s covidcovid https://www.bnnbloomberg.ca/feds-pledge-440m-to-international-vaccine-push-ink-astrazeneca-deal-1.1499468

Be easier to make a coffee at home, no? 🙂

I do Turkish coffee ..but confined in Winter i never expected this situation.. like Siberia;-(

I do understand having a preference for drinking Turkish coffee.
Not only does it have a distinctive aromatic delicious flavour, but when it’s finished, according to Turkish tradition all one has to do is turn the coffee cup upside down….(Into a saucer, not onto the table, that would be quite messy)….leave for a minute or two, to allow for the coffee grounds to slightly dry onto the sides of the cup. Then turn it back right way up, and study the patterns made by the coffee grounds in order to establish what the future holds for the drinker.
I doubt it’s an accurate way to tell the future, but it’s good clean fun.

Yes I grew up with these scenes it was fun, children didn’t drink it..also today we call it Arabic coffee, there’s no caffeine because it’s boiled. 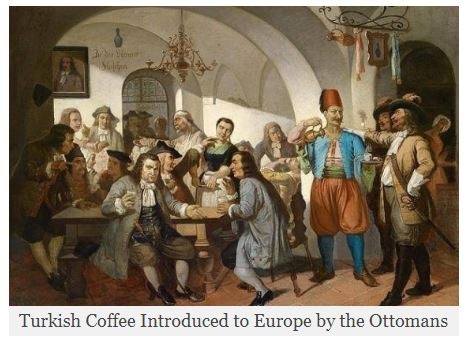 Have a good new year, although not meaning to sound too pessimistic, I think there is going to be much more mileage to be gained by those that are in control with this “Doomsday virus”.

Let them do their mileage biting like pit bulls, will see if ‘they are God’

Have a good new year Otto. 😉

Time to start eating the wild life. Or have they forgotten how?

Thank’s CIA profiled Politicians and mass murders for Land-Grabbing and over fishing since 1899 !

Rainforests, and Corrals 98 % are gone, Rivers & Watersheds Polluted,
the Pearl of Asia became the Gates of Hell !

Who is the Worst mass murder-Killer, Rodrigo “Buang” Duterte or Binyamin Netanyahu ?

Um, Manila is about some 15 Million people and pretty huge. You would have to walk the better part of a day to reach the country side and all areaboenoanf is owned by someone anywhere near there so… It is overpopulated as is.