Real Data Shows Covid-19 Is Not the Plague. But People Continue to Cling to Fear

Dismissing real data in favor of mathematical speculation is mind-boggling 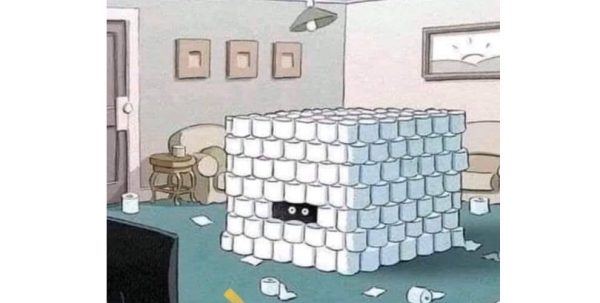 Defenders of coronavirus lockdown mandates keep talking about science. “We are going to do the right thing, not judge by politics, not judge by protests, but by science,” California’s Gov. Gavin Newsom said this week. Michigan Gov. Gretchen Whitmer defended an order that, among other things, banned the sale of paint and vegetable seeds but not liquor or lottery tickets. “Each action has been informed by the best science and epidemiology counsel there is,” she wrote in an op-ed.

But scientists are almost never unanimous, and many appeals to “science” are transparently political or ideological. Consider the story of John Ioannidis, a professor at Stanford’s School of Medicine. His expertise is wide-ranging—he juggles appointments in statistics, biomedical data, prevention research and health research and policy. Google Scholar ranks him among the world’s 100 most-cited scientists. He has published more than 1,000 papers, many of them meta-analyses—reviews of other studies. Yet he’s now found himself pilloried because he dissents from the theories behind the lockdowns—because he’s looked at the data and found good news.

In a March article for Stat News, Dr. Ioannidis argued that Covid-19 is far less deadly than modelers were assuming. He considered the experience of the Diamond Princess cruise ship, which was quarantined Feb. 4 in Japan. Nine of 700 infected passengers and crew died. Based on the demographics of the ship’s population, Dr. Ioannidis estimated that the U.S. fatality rate could be as low as 0.025% to 0.625% and put the upper bound at 0.05% to 1%—comparable to that of seasonal flu.

“If that is the true rate,” he wrote, “locking down the world with potentially tremendous social and financial consequences may be totally irrational. It’s like an elephant being attacked by a house cat. Frustrated and trying to avoid the cat, the elephant accidentally jumps off a cliff and dies.”

Dr. Ioannidis, 54, likes metaphors. A New York native who grew up in Athens, he also teaches comparative literature and has published seven literary works—poetry and fiction, the latest being an epistolary novel—in Greek. In his spare time, he likes to fence, swim, hike and play basketball.

Early in his career, he realized that “the common denominator for everything that I was doing was that I was very interested in the methods—not necessarily the results but how exactly you do that, how exactly you try to avoid bias, how you avoid error.” When he began examining studies, he discovered that few headline-grabbing findings could be replicated, and many were later contradicted by new evidence.

Scientific studies are often infected by biases. “Several years ago, along with one of my colleagues, we had mapped 235 biases across science. And maybe the biggest cluster is biases that are trying to generate significant, spectacular, fascinating, extraordinary results,” he says. “Early results tend to be inflated. Claims for significance tend to be exaggerated.”

An example is a 2012 meta-analysis on nutritional research, in which he randomly selected 50 common cooking ingredients, such as sugar, flour and milk. Eighty percent of them had been studied for links to cancer, and 72% of the studies linked an ingredient to a higher or lower risk. Yet three-quarters of the findings were weak or statistically insignificant.

Dr. Ioannidis calls the coronavirus pandemic “the perfect storm of that quest for very urgent, spectacular, exciting, apocalyptic results. And as you see, apparently our early estimates seem to have been tremendously exaggerated in many fronts.”

Chief among them was a study by modelers at Imperial College London, which predicted more than 2.2 million coronavirus deaths in the U.S. absent “any control measures or spontaneous changes in individual behaviour.” The study was published March 16—the same day the Trump administration released its “15 Days to Slow the Spread” initiative, which included strict social-distancing guidelines.

Dr. Ioannidis says the Imperial projection now appears to be a gross overestimate. “They used inputs that were completely off in some of their calculation,” he says. “If data are limited or flawed, their errors are being propagated through the model. . . . So if you have a small error, and you exponentiate that error, the magnitude of the final error in the prediction or whatever can be astronomical.”

“I love models,” he adds. “I do a lot of mathematical modeling myself. But I think we need to recognize that they’re very, very low in terms of how much weight we can place on them and how much we can trust them. . . . They can give you a very first kind of mathematical justification to a gut feeling, but beyond that point, depending on models for evidence, I think it’s a very bad recipe.”

Modelers sometimes refuse to disclose their assumptions or data, so their errors go undetected. Los Angeles County predicted last week that 95.6% of its population would be infected by August if social distancing orders were relaxed. (Confirmed cases were 0.17% of the population as of Thursday.) But the basis for this projection is unclear. “At a minimum, we need openness and transparency in order to be able to say anything,” Dr. Ioannidis says.

That will require more testing. Dr. Ioannidis and colleagues at Stanford last week published a study on the prevalence of coronavirus antibodies in Santa Clara County. Based on blood tests of 3,300 volunteers in the county—which includes San Jose, California’s third-largest city—during the first week of April, they estimated that between 2.49% and 4.16% of the county population had been infected. That’s 50 to 85 times the number of confirmed cases and implies a fatality rate between 0.12% and 0.2%, consistent with that of the Diamond Princess.

The study immediately came under attack. Some statisticians questioned its methods. Critics noted the study sample was not randomly selected, and white women under 64 were disproportionately represented. The Stanford team adjusted for the sampling bias by weighting the results by sex, race and ZIP Code, but the study acknowledges that “other biases, such as bias favoring individuals in good health capable of attending our testing sites, or bias favoring those with prior Covid-like illnesses seeking antibody confirmation are also possible. The overall effect of such biases is hard to ascertain.”

Dr. Ioannidis admits his study isn’t “bulletproof” and says he welcomes scrutiny. But he’s confident the findings will hold up, and he says antibody studies from around the world will yield more data. A study published this week by the University of Southern California and the Los Angeles County Department of Public Health estimated that the virus is 28 to 55 times as prevalent in that county as confirmed cases are. A New York study released Thursday estimated that 13.9% of the state and 21.2% of the city had been infected, more than 10 times the confirmed cases.

Yet most criticism of the Stanford study has been aimed at defending the lockdown mandates against the implication that they’re an overreaction. “There’s some sort of mob mentality here operating that they just insist that this has to be the end of the world, and it has to be that the sky is falling. It’s attacking studies with data based on speculation and science fiction,” he says. “But dismissing real data in favor of mathematical speculation is mind-boggling.”

In part he blames the media: “We have some evidence that bad news, negative news [stories], are more attractive than positive news—they lead to more clicks, they lead to people being more engaged. And of course we know that fake news travels faster than true news. So in the current environment, unfortunately, we have generated a very heavily panic-driven, horror-driven, death-reality-show type of situation.”

The news is filled with stories of healthy young people who die of coronavirus. But Dr. Ioannidis recently published a paper with his wife, Despina Contopoulos-Ioannidis, an infectious-disease specialist at Stanford, that showed this to be a classic man-bites-dog story. The couple found that people under 65 without underlying conditions accounted for only 0.7% of coronavirus deaths in Italy and 1.8% in New York City.

He argues that public officials need to weigh these factors when making public-health decisions, and more hard data from antibody and other studies will help. “I think that we should just take everything that we know, put it on the table, and try to see, OK, what’s the next step, and see what happens when we take the next step. I think this sort of data-driven feedback will be the best. So you start opening, you start opening your schools. You can see what happens,” he says. “We need to be open minded, we need to just be calm, allow for some error, it’s unavoidable. We started knowing nothing. We know a lot now, but we still don’t know everything.”

He cautions against drawing broad conclusions about the efficacy of lockdowns based on national infection and fatality rates. “It’s not that we have randomized 10 countries to go into lockdown and another 10 countries to remain relatively open and see what happens, and do that randomly. Different prime ministers, different presidents, different task forces make decisions, they implement them in different sequences, at different times, in different phases of the epidemic. And then people start looking at this data and they say, ‘Oh look at that, this place did very well. Why? Oh, because of this measure.’ This is completely, completely opinion-based.”

Most disagreements among scientists, he notes, reflect differences in perspective, not facts. Some find the Stanford study worrisome because it suggests the virus is more easily transmitted, while others are hopeful because it suggests the virus is far less lethal. “It’s basically an issue of whether you’re an optimist or a pessimist. Even scientists can be optimists and pessimists. Probably usually I’m a pessimist, but in this case, I’m probably an optimist.”