Readovka Confirms Their War Map Was Garbage All Along. But You Knew That Already

A week ago I warned against Ukrainian fantasy maps and Russian dream maps alike.

I singled out Readovka’s Telegram-famous “red” map as a particularly garbage map.

Now Readovka itself confirms their map has been garbage all along.

Here is their map dated March 5: 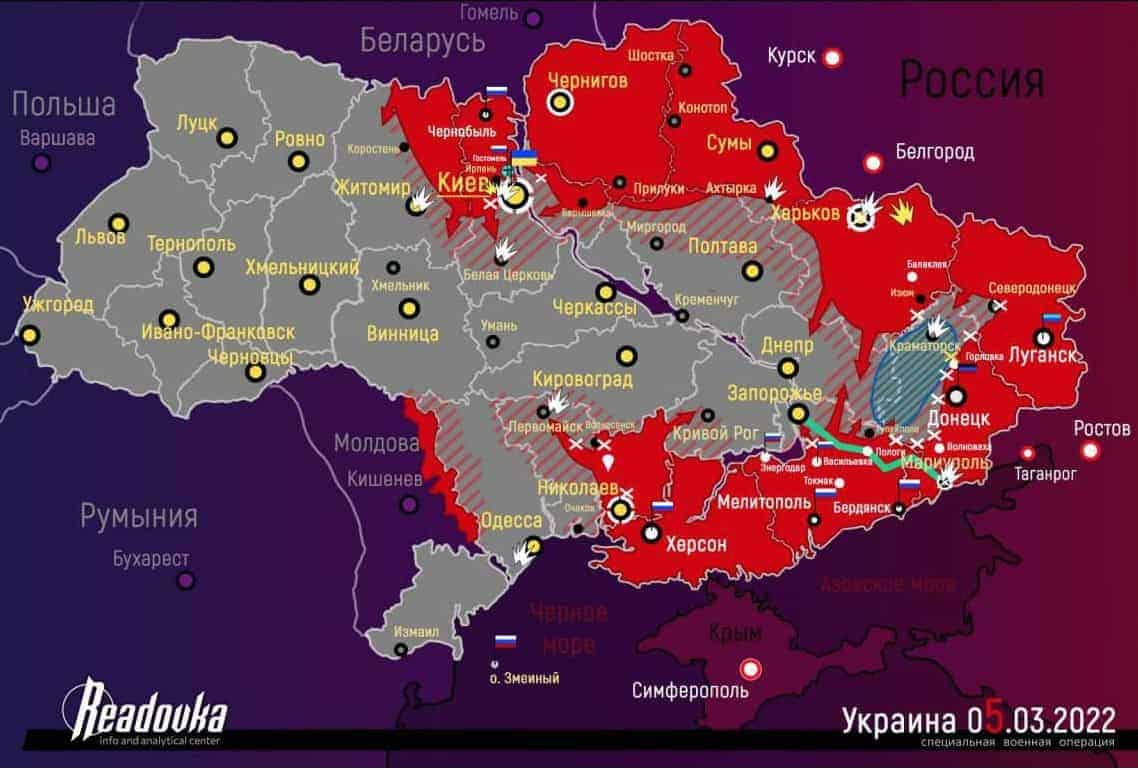 And here is their map dated March 10: 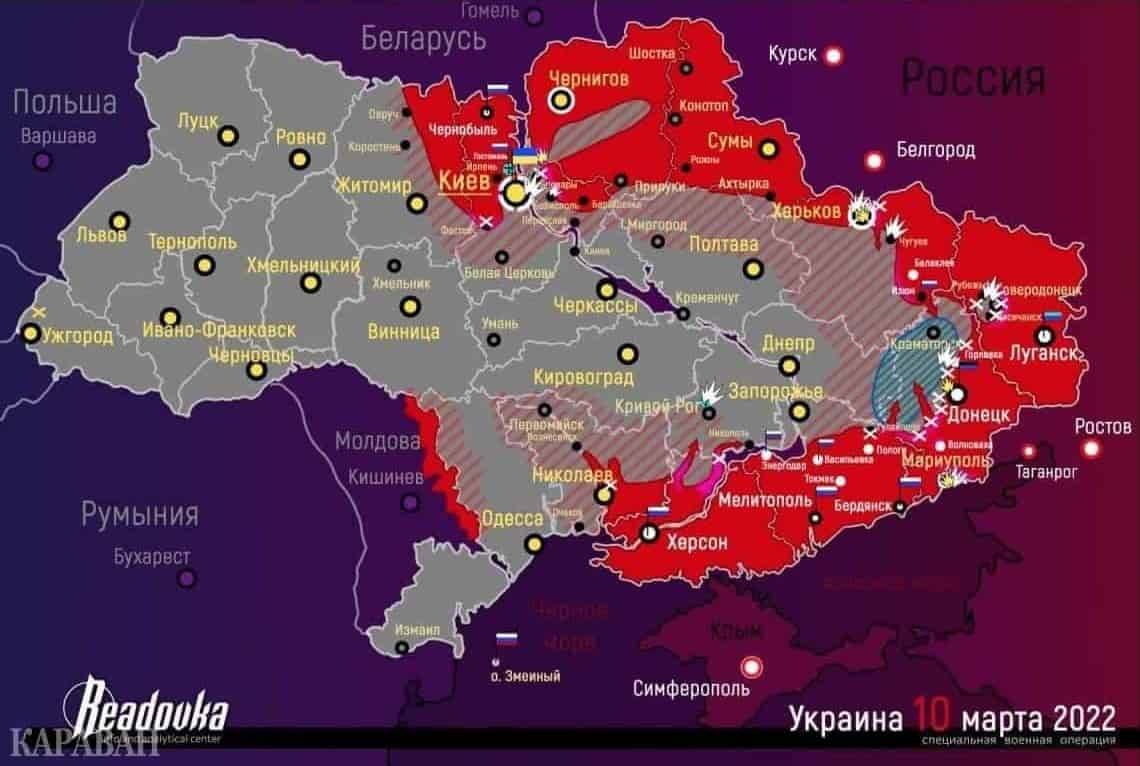 Can you spot something?

The red areas on the Readovka map between March 5 and 10 actually shrunk a great deal. To the east of Kharkov, around Nikolaev, and to the east of Kiev there is now much less red than before.

I assure you there have been no Ukrainian offensives and Russian retreats that would justify that.

Instead, the reason the red areas shrunk is that the early maps were self-delusional garbage and even Readovka couldn’t keep up that level of self-delusion.

Which doesn’t mean that the latest map is correct. It’s still too optimistic. Particularly around Kiev. The area around Kiev to the west of the river in particular.

For maps that are actually good turn to Dragon_First (go to the original source for the much higher resolution): 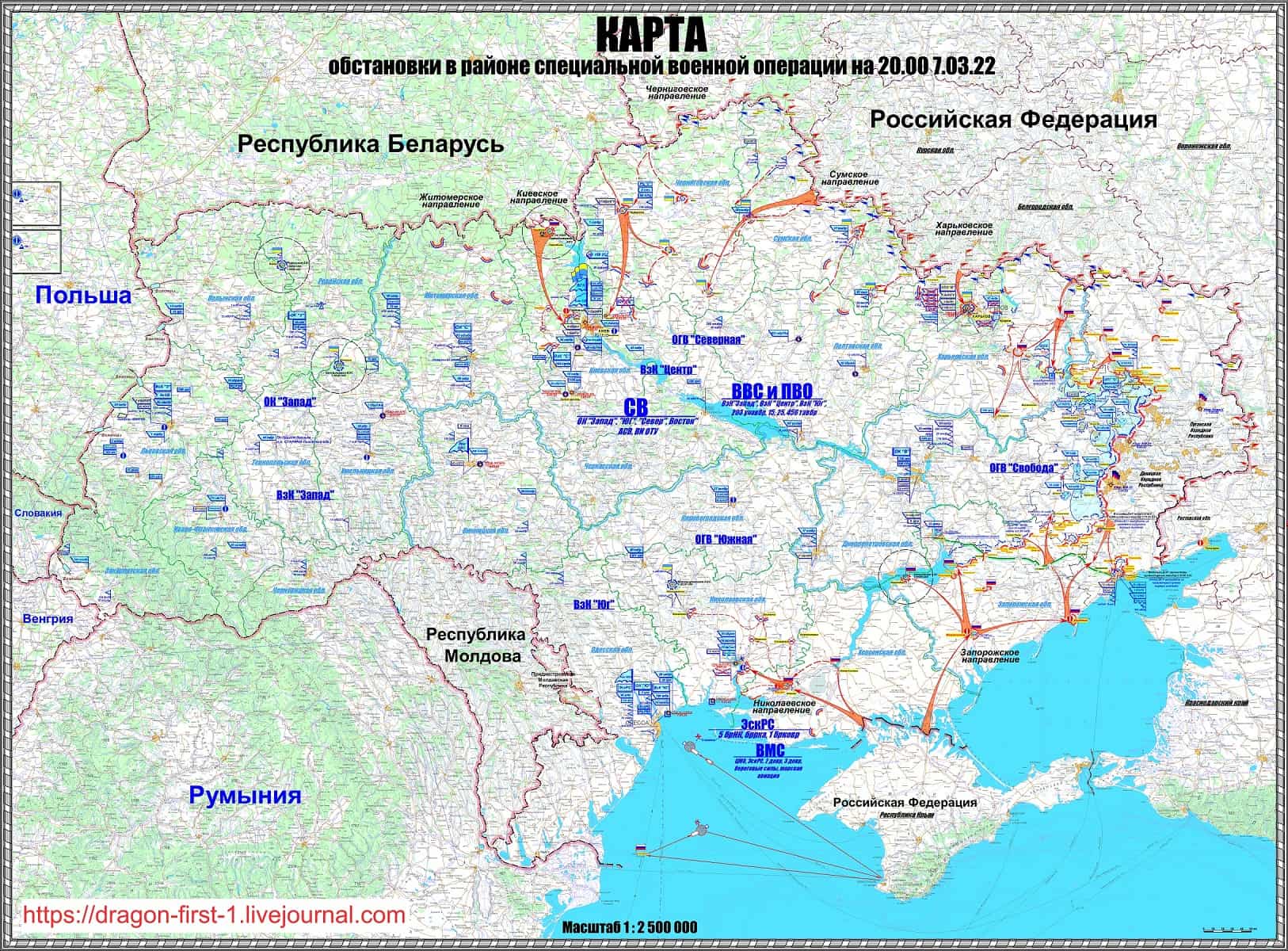 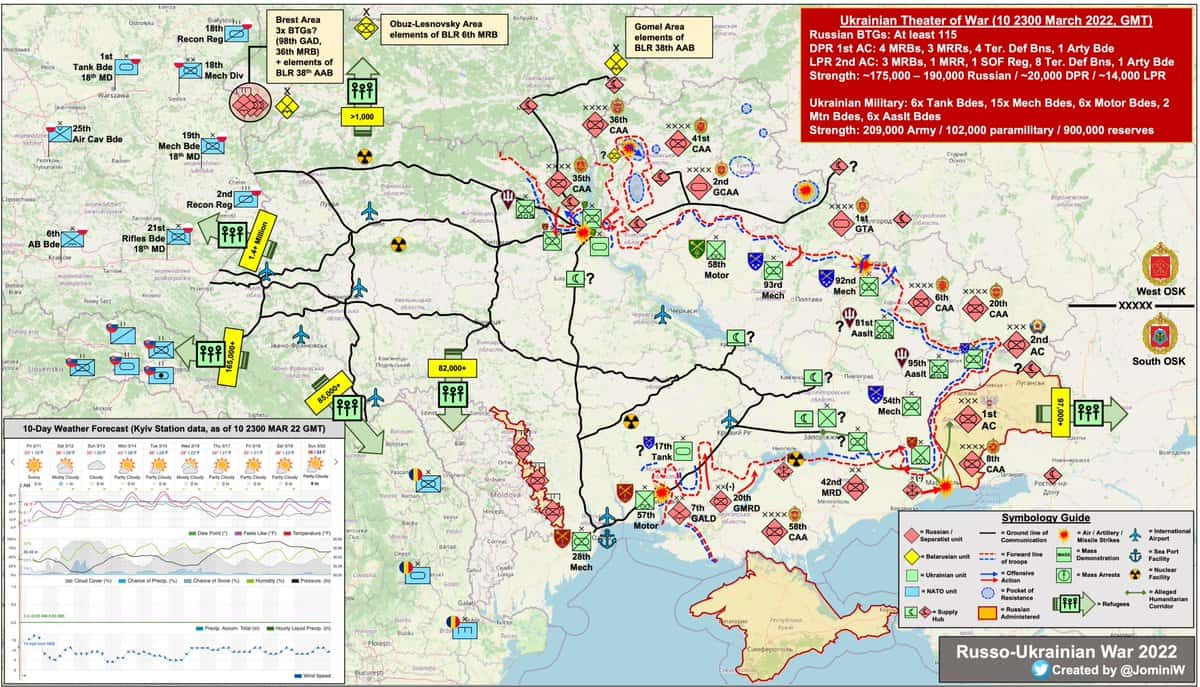 I wouldn’t even know what Readovka was up to these days but somebody sent this to a group chat I’m in:

The promised map after all (+ one more question!) UPDATED with 2nd map!

Funny stuff. To make such fanfare about a “promised map” and then deliver one of the worst garbage maps out there. Also nice touch cropping the bottom part which prevents readers from finding Readovka for themselves and keeps them reliant on you.

Another interesting part is how peddling such soothing garbage will net you 20,000 pairs of eyeballs, but distribute information that’s actually good (but not always particularly soothing) and you’ll get maybe 500. It is what it is. At least there’s the satisfaction of serving the thinking elite interested in the world as it really is. Warts and all.

Therapy is in greater demand and pays better. It also means having to work as an online group shrink which doesn’t sound fun at all.

I think I might have been too harsh on Birdman. He’s actually in the health industry doing selfless work serving soothing lies to people who desperately need them.

Is it really fair of me to judge him when I’m in the completely different (and much more selfish) pursuit of studying the world as it actually is?

Maybe in dark days, we all need a little Saker BS?

Probably everyone has had a day when things look particularly bleak and all you want to do is visit frauds like Birdman and try to sell yourself on their rose-tinted garbage.

Who are we to judge?