Quietly, Russia Is Inaugurating a New Economic Order to Transform Where Its Wealth Comes From

The third economic transformation since 1991 is quietly underway in Russia 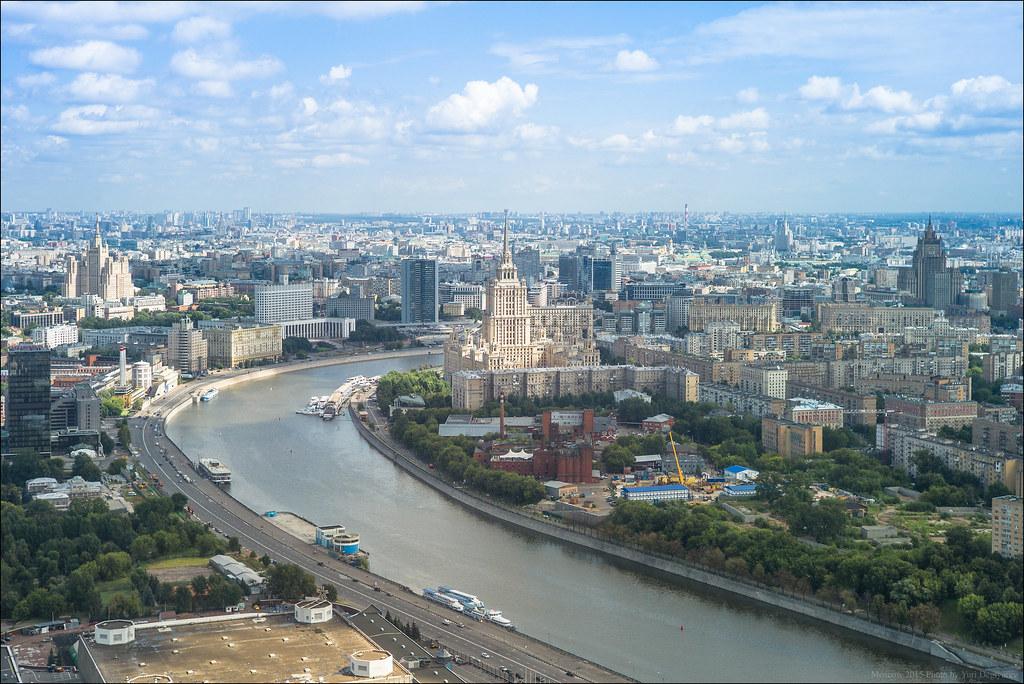 Most of the discussion about Russia in recent years has been about the sluggish economy, sanctions, a revolting society or the perception of threats that would seem more appropriate in the Cold War days.

Very little has been discussed about the quiet but steady evolution taking place in monetary, fiscal and industrial policy; an evolution that does pose a risk of a public backlash over the near and medium term but which could very well be the catalyst for the next phase of meaningful economic growth.

We are today half-way through the first year of the latest transition in Russia. In fact, this is the third major transition, or change of direction and priorities, since the emergence of modern Russia in 1991.

This particular stage in the evolution is when, if handled correctly, Russia should start to see the emergence of a new economic order and the start of more sustainable and steady growth with lifestyle and social improvements to match. It is of course far too early to be able to say that this process is successful, or will be successful, or is a failure. Focusing on short-term indicators and political headlines in the midst of what has already been a very significant process is both pedantic and wrong.

It is better to look at how the major parts of the process, the big picture as it were, are working, or not, and to then be able to assess the probability of eventual success and in which direction the economy and investment climate are heading.

The first adjustment period in Russia was in the early 90s. The country and economy were brand new and the government was essentially experimenting with policies. In the end, the various policy combinations and vested interests, both domestic and external, led to the polarisation of society, widespread poverty and the banking and currency crisis of 1998. That drew an end to the first period of adjustment.

The second period started with the arrival into government of Vladimir Putin plus the revival of both hydrocarbon volumes and a rising oil price. The former brought greater stability and the latter boosted the budget and created the conditions that led to an economic boom which lasted until early 2013.

The adjustment period, i.e. the current one, first started in mid-2013, when the economy started to slow as the hydrocarbon driver became less effective. Russia was firmly in this adjustment period with the imposition of sanctions and the oil price collapse in mid-2014.

The first phase of this current adjustment was essentially crisis management, both as a result of the failing economy from 2013 and especially because of the consequences of the sanctions plus oil collapse combination of mid-2014. That ended in late 2015, although not before the government adopted the current weak ruble policy and the so-called Fiscal Rule aimed at weaning the economy off oil dependency and vulnerability.

The second phase was essentially a planning and restructuring period that lasted until late last year. In this period, there was a lot of debate over industrial planning and economic priority changes, most notably between Alexei Kudrin’s Economic Advisory Council and Boris Titov’s Stolypin Club. One of the key outcomes of that period was the adoption of the national projects programme and other associated measures to try and both preserve stability and create conditions for steady growth over the next five years.

2019 started with a great fanfare about the $400bn five-year national projects programme, which is to be at the core of the strategy to propel Russia into a stronger economic space and to improve people’s lives. Today there is a lot of criticism over the poor implementation of the programme and the fact it appears not to be working. The Audit Chamber recently pointed out that only four of the 13 projects had spent in excess of 30% of their budget allocations for 2019 as of mid-year. In reality, the programme should be considered realistically closer to a six to eight year event and not a four to five year event. In that sense, the slow start is not such a big deal and there is no basis to assume failure. The fact that there is much greater disclosure of the poor uptake and a more public debate about what can and should be done is a much more positive indicator for the future of the programme.

There will be a great deal of scrutiny about all aspects of the programme, including officially by such agencies as the Audit Chamber, and, to some extent, this should help accelerate spending later this year and into 2020. The hope as always, is that the need to show success does not become artificial and wasteful — but then Kudrin is determined to make sure “it is different this time”.

But while placing a great deal of hope on the national projects programme, one of the immediate negatives that the government has to deal with is the very low level of both consumer and business confidence, the result of years of low growth and crisis management. The negative consumer confidence number is not such an issue, as this indicator has only ever been positive three times since 2000, even during the boom years. But, turning around business confidence and persuading companies to invest will be critical if the currently poor rate of investment is to pick up.

Russia also needs to attract more inward investment to support the national projects. There is a debate over exactly how much FDI Russia attracts. Essentially the differences are estimates about re-investment versus vanilla investment. That FDI has fallen and is currently far too low is not in question. This is the result of the weak economy, sanctions fears and the very poor perception of Russia on the international stage. Getting FDI to rise, and especially into non-extractive industries, will also be a key determinant of whether national projects are effective and the economy revives, or not.

The effort to attract more FDI is of course linked to the reality and perception of sanctions. Although Russia has escaped new US sanctions this year, it is very likely that at least one new set of sanctions will be applied before long. The momentum is too strong in the US Congress and Russia too linked with President Donald Trump for that not to happen. It really is only a case of what and when? Most likely, this will now happen in the autumn as Congress is so close to the summer recess. For the economy and investors it all depends on whether the new sanctions are in the categories of “more-of-the-same” or “cosmetic”. If this is the case then businesses and investors will move on. If they are more economically damaging then the hoped for increase in FDI and other investment will surely be set back for some time.

That the current economic indicators are still “poor” should not be much of a surprise. It has always been the view, especially that of the economy ministry, that the first half would be tough for the economy (VAT rise, weak confidence, low investment, slow start to national projects, etc.) and that the numbers should start to pick up in the second half and coming into 2020 especially. The jury is still out. What we are seeing is a more public debate, i.e. fighting, between several of the most senior people in government over what should be done to fix the problem and revise the economy. That is also new and, to a large extent, encouraging that the debate is so public and not suppressed by the administration.

One of the positives is that the feared higher peak in inflation has not happened and both the headline and food inflation rates are now edging lower. That allowed the CBR to cut its key rate for the first time in 15 months. It is reasonable to assume at least one more rate cut this year and several in 2020.

The ruble has appreciated by more than 10% against the dollar and by more than 11% against the euro since the start of the year. That “drift” is more because of the continuing strength in the oil price and the fact that sanction threats have not (yet) been actioned. That move is a double-edged sword in that while the strong ruble is good for Russians taking vacations outside the country and helps inward investment, it also goes against the government’s preference for a weaker-for-longer ruble in order to boost exports and to diversify the economy. The federal budget expects a year-end rate of RUB65.1 versus the dollar, which reflects the government’s preference. It also realistically reflects the expected sanctions move and weaker oil in the autumn.

Portfolio investors are at least betting on the former with the dollar-denominated RTS Index up over 30% year to date, the best performing major market in the world in 2019, and the yield on Russia’s benchmark 30 year Eurobond has fallen from 4.25% to 3% since the start of the year. Investors of course do not always get it right. But those that want a trouble-free transition in the Kremlin in 2024 definitely need to.