Putin’s Poll Numbers Descend Back to Earth, Shoigu and Lavrov More Popular Than Leaders of Communists and Nationalists

Vladimir Putin’s trust rating has come down from the post-Crimean high of 71 percent to 32 percent today. That is a big drop. (That’s according to The All-Russian Center for Research of Public Opinion, Russia’s oldest, state-run pollster.) In fact as my friend Saker points out, this is Putin’s lowest score in 13 years.

But everything is relative as they say. At 32 percent Putin remains the most trusted political figure in Russia by far.

In fact, the most trusted political figures in Russia after Putin are not his opponents, but his own ministers.

By the same method the minister of defense Shoigu is trusted by 15 percent, and foreign minister Lavrov by 13 percent of Russians. Even Medvedev manages 8 percent.

These are low numbers in the absolute but the format in which the question the pollster asks is open ended. It merely asks “Whom would you trust to solve an important state issue?”, without offering up any choices. (When prompted to say whether they trust Putin or not, 72 percent still say they either trust him or “trust him somewhat”.)

What these numbers mean in the relative sense is that—unlike Putin—Shoigu and Lavrov are still riding the post-Crimean, anti-western popularity wave.

Sure, a year ago Shoigu was at 21 and Lavrov at 17 percent. However for the great majority of their ministerial carreers they have been nowhere near 15 and 13 percent. At any time before 2016 they could have only dreamed about such numbers.

In 2024 when Putin steps down Lavrov will be 74 and Shoigu 69. Too bad, I could think of a worse fate for Russia than to be steered by a Lavrov-Shoigu velvet-iron tandem. 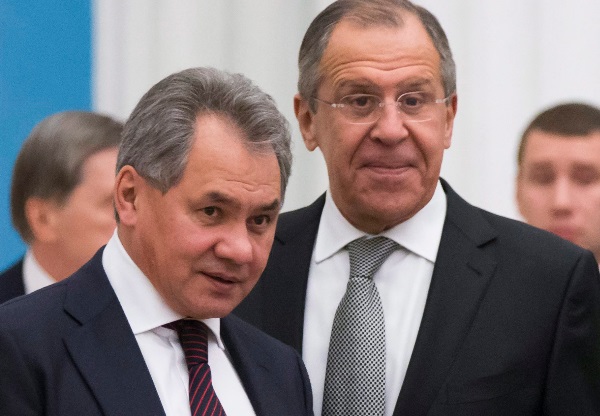 Putin has suffered from his association with the unpopular but necessary pension reform. To keep the pension system as it was—with retirement ages at 55 and 60, as health and life expectancy are converging with the west—would have been fiscal adventurism equal to getting bogged down in multiple Afghanistans.

Perhaps a thank you is owed to Americans for building up his popularity to where he could push it through, and not torpedo his presidency.