Pompeo to Meet Putin but Since the US Is No Longer Agreement Capable What Is Even the Point?

Ok, US Secretary of the State Pompeo will travel to Russia to, quoting AFP:

The top US diplomat will meet Putin on Tuesday in the Black Sea resort of Sochi to “discuss the full range of bilateral and multilateral challenges,” the State Department said.

It is, of course, a positive development, once one considers alternatives, but as Russian media report (in Russian), while Iran, Venezuela and other hot issues are on the agenda, it is the issue of arms control which Washington is most interested in. Obviously State Department paints this seemingly noble effort with a broad brush, talking about multi-lateral negotiations (well, China, it’s you)—this is all fine and dandy, who would argue against that. Except, two teeny-weeny issues:

1. China’s Intermediate Range missiles—that means reach of any US base around China, Diego Garcia included, and that is a big no-no for the US in a scenario of China’s containment, but…

2. By far the most important issue for the US are those mysterious weapons nasty Russkies invented to prevent peaceful triumphant spread of democracy—those weapons will be discussed. Of course, to no avail.

Russia once trusted the US, in 1990s. We all know how it all played out, for Russia. So, do not expect Russia to be so utterly stupid as to even negotiate any latest weapon systems many of which…drum roll…are “ambivalent”. You know, exactly as the United States proclaims its “no first use” ambivalence supported by the vague justifications for the use of nuclear weapons, as the saying goes–two can play the game.

Then, of course, nobody in Russia takes Trump (or his Pompeo envoy) seriously anymore. Trump is militarist and his overtures to Russia, from the inception, have nothing to do with desire to reach stable and just geopolitical equilibrium but a desire to “triangulate” and enroll Russia in US, most likely, last stand against China. People in Kremlin can calculate and do operate within reality-based paradigm, a feature everyone of any significance in Moscow knows is missing from current American outlook on herself and the world outside Washington D.C.

No, of course, as I stated not for once, talking is better than fighting, but the truth is–today the United Sates simply has NO geopolitical currency left to pay for anything of value. Especially such value as Russia. Sanctions on Russia? Sure! In fact, not for once I and many other people in Russia stated–sanctions are good for Russia, they drive her modernization, while driving Russia’s liberasts–main source of info on Russia for US intelligence and “academe”—totally insane. Double win for Russia.

Russia certainly is not going to attack the US but she will never refuse a massive lead in military technologies which provide her with the revolver at the temple of American insane exceptionalists and neocons. Such as, and you guessed it already, Pompeo or Trump’s very own draft dodger and, as Rod Ridenour states in his book, one of many Trump’s very own Dr.Strangeloves, he surrounded himself with—I am talking about Bolton, of course. Who in their mind would even seriously discuss anything with these people? Meetings? Sure. Talking? Sure. But no arrangement can be made with the United States anymore, since it is increasingly non-governable entity with utterly corrupt political institutions at the very top.

Two years ago I stated:

The only way of the United States out of present day pitiful state will be only with removal of most of current “elites” and “experts” who served them for so long. Thus America’s losing the faith in this kind of expertise is a good thing. The removal may happen only with Donald Trump claiming the victory in his epic battle with these “elites” in order to finally tell them what he was elected for: “You Are Fired!”

It seems the opposite had happened and no amount of spin can help to hide anymore the obvious fact that Trump’s human and political failure is just the symptom of a much larger underlying condition, a very American condition in essence, a complete loss of touch with the reality.

UPDATE: Pompeo has now canceled the visit which is just as fine.

*Trump’s human and political failure is just the symptom of a
much larger underlying condition, a very American condition in essence, a
complete loss of touch with the reality. ”

that about says it all.

america’s adoption of the ghetto mentality of its masters is a big “fail.”
one only needs to review centuries of history regarding america’s masters to know they’ve never succeded at anything of lasting substance.

There’s a few thoughts here having a bearing on the subject of this piece:

Bolton is a nationalist rather than a neocon but he’s so bellicose and conventional that at the end of the day there is no functional difference. Same could be said of Trump to only a slightly lesser degree.

Very great comments regarding Trump. But uncontrolled (unlimited) Immigration.. legal or otherwise present real threats to American’s (immigrants or other) way of life and our social Democracy. It’s not hateful or racists to acknowledge that fact. 504,000 illegal crossers apprehended (unknown numbers crossed undetected) FY 2019.. highest on record and growing. It’s a problem.. about Trumps inflammatory rhetoric on immigrant crime in America? I don’t like some of it but he actually (if accidentally) speaks some truth. Thanks. 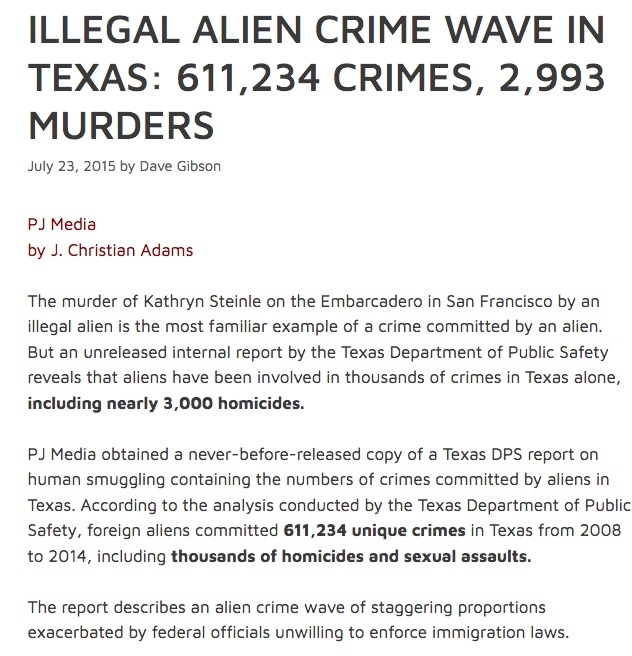 I worked with Texans and Oakies in Alaska in the old days when the Pipeline was cruisin. Good guys – almost as tough as us Alaskans were -lol I also went down in 2010,11 and worked in Dallas – not a pipeline Co but I think I saw that Texas was infiltrated with the NY gang of businessmen and the Old Texans are medium management now. Now, Austin, San Antone, Waco etc. in the 60s and 70s was still – Texas.

Can’t you see that are your own elites on their struggle that are promoting ilegal immigration? Who’s financing caravans of Central Americans through Mexico? Buses, meals, brb houses, etc there are reports of fake propaganda, offering free housing, employment and free school to any family that make it to the US, who’s promoting that?

Yes I see what’s going on. I don’t know exactly who supplies information about the free stuff awaiting poor migrants who can set foot on US soil. Many rumors and some information the human smugglers are behind a lot of it. Thanks.

I’ve quite a few years under my belt but I’ve never ever saw such a mess of a country, I thinks it begins at a very early stage when Americans are indoctrinated in the belief that they are privileged , special and exceptional. They believe that if there is something they need , want , or desire and it’s anywhere in the world , they have the God given right ( just like Israel ) to take it….and it doesn’t matter if millions of innocent lives are expended in the process. As a people , they have become base and amoral , greedy , van and incredibly stupid. This ,I believe , cannot now be changed and I believe that only a total collapse will make them re-evaluate

The US was scheduled to be economically bolstered, then raped decade after decade. It’s a Cash Cow, a cover, a ponzi, a front, a bankers paradise, a corporate safety zone, and best manipulated government scam in the last 3000 years – money and power wise. And it will be used until the owners say – time to move on or we found another place to play with. Doubtful, that they will build it back up , the way it could have. The US/NWO has made the US of A , now, an Official Experiment . I’m with your synopsis O Neill – its toast . Thanks C A

What to expect from a country (fifty states) practically already taken over by the Banksters and zio-Israel? They worked hard for two hundred years to steal the people, the country and all the assets for their own wealth and profits.

They are, IMO, nearly there and the Americans are not noticing and Congress has been blackmailed and bribed can do nothing.

Suggest, leave the talking to Mr. Putin. He will manage and IMO he is expecting nothing useful. But the slogan is as always: know your enemy! still going strong, and listening cost nothing.