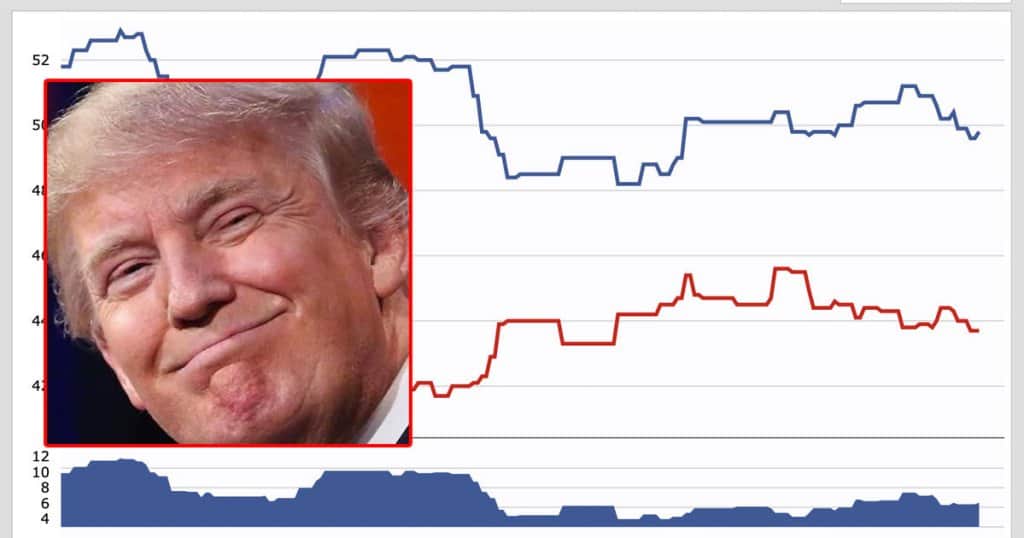 Presidential polls are showing that President Trump will lose to Joe Biden as bad as he lost to Hillary Clinton in 2016.

“It’s not looking good at all for Trump,” Pew Pew pollster Jack Ace said. “He’s down nearly 10 points. If he keeps this up, he’s going to lose to Biden just as bad as he lost to Hillary.”

Every poll in the universe had Trump losing badly to Hillary in 2016 and polls this time around are predicting a repeat of the 2016 loss.

In the race for president, Biden is currently leading Trump by about 10 percentage points in an average of national polls from FiveThirtyEight. Decision Desk HQ, an election forecasting company, predicts that Biden has an 86.7% chance of winning the election, which seems to indicate that Biden will win in roughly the same fashion that Hillary did in 2016.

Experts say that polls that show Biden winning are guaranteed to be accurate predictions, just like they were in 2016.

If you want further proof, just listen to all these people who agreed with the polls: