BBC, CNN, The Guardian, AP...hang your head in shame if you have any

The big news from Italy this week is the seizure by Turin police of a massive arsenal of weapons held by a neo-Nazi group. Among the weapons was a stonking-big air-to-air missile. Reporting the story, the BBC links the neo-Nazis to ‘Russian-backed separatist forces’ in Ukraine, saying that: 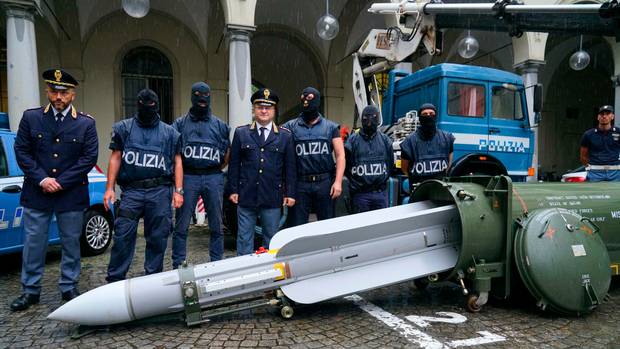 Naughty separatists. Despite all that talk of fighting ‘fascism’, it appears that they’re in bed with neo-Nazis. But then again, maybe not. For as Mark Ames points out on Twitter, there’s a problem with the BBC report. The official police statement says something very different. In fact, it says the following:

Which for those of you who don’t speak Italian, translates as:

The investigations had begun about a year ago when the police headquarters in Turin, coordinated by the Central Directorate of Prevention Police, monitored some people linked to political movements of the ultra-right who had fought in the Ukrainian region of Donbass against the separatists.

So it turns out that they fought not ‘for the separatists’ but ‘against the separatists’. That’s quite a difference. It induces a bit of cognitive dissonance. I don’t like to think that the Beeb would get something so horribly wrong. Perhaps the police statement is mistaken.

So as I’ve lived in Italy and speak a little bit of the lingo, I decided to check out what the Italian press were saying. After all, the BBC says it got its information from ‘local media’. And that’s where I ran into problems, because I couldn’t find anything to back up the BBC’s claims that these neo-Nazis were connected with separatist forces.

The Turin-based La Stampa, for instance, merely reports that the arrested men ‘hanno preso parte al conflitto armato nella regione ucraina del Donbass’ – i.e. ‘had taken part in the armed conflict in the Ukrainian region of Donbass’. Other newspapers use similar words, some quoting a second police statement, to the effect that:

Or as Google Translate puts it:

The police activity, which began in July 2018 with the activation of telephone and data interception, originates from the activities of some Italian fighters with extremist ideologies highlighted in the past for having taken part in the armed conflict in the Ukrainian region of Donbass.

So no word there which side they fought on. Now maybe I’m missing something, but my rapid survey of the Italian media and police websites reveals nothing to support the assertion that these neo-Nazis were connected with ‘Russian-backed separatist forces’. But here’s the thing. It’s not just the BBC which makes that claim. CNN, for instance, reports that:

The stockpile was discovered by police who were investigating Italians ‘with extremist ideology’ who had fought alongside Russian-backed separatist forces in Donbass, eastern Ukraine, last July, according to the police statement.

Similarly The Guardian writes that:

Police said that the discoveries stemmed from a previous investigation into Italians who took part in the Russian-backed insurgency in eastern Ukraine.

This is word for word what the Associated Press (AP) writes. And that perhaps explain why so many media outlets are repeating the same story. They’ve just copied it from AP without verifying it. 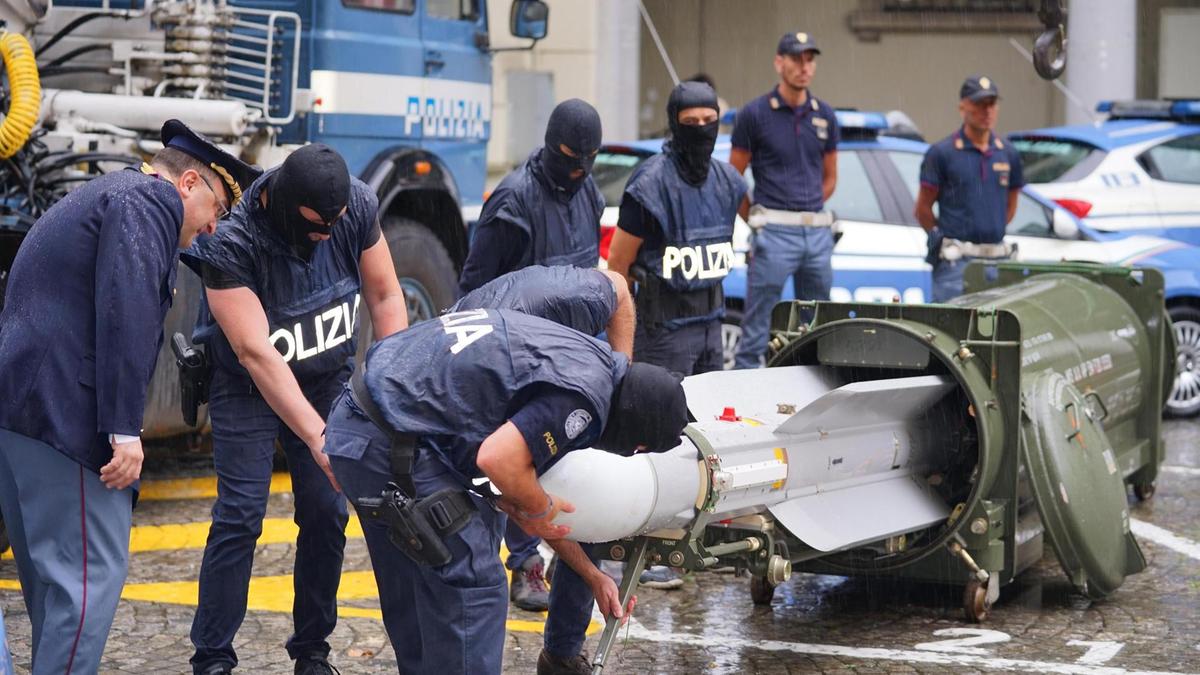 There is one exception, however. One media organization seems to have actually checked what the police statement said, telling us that:

The police say the groups had fought “against the separatists” in the Donbass region of Ukraine – the forces of the self-proclaimed People’s Republics of Donetsk and Lugansk in the east of the country.

Who’s this? The answer – RT. And why did it bother verifying what the Italian police said? I suspect that it’s because it suited its political line to do so. And why didn’t everybody else? I imagine that it’s because the unchecked story didn’t clash with their ideological prejudices. In today’s cutthroat news environment, there’s a lot of cut and paste going on, and not a lot of fact checking. But some things are checked. Stories which fit existing prejudices slip through even when untrue, while those which don’t fit are forced to endure intense scrutiny and often don’t see the light of day. Error, in short, is not ideologically neutral. Time after time it points in the same direction. This particular error isn’t therefore just a case of sloppiness. Something deeper is to blame. You don’t need to be a genius to work out what it is.