As Poland cooperates with EU's collective reprisals against Belarusian civilians 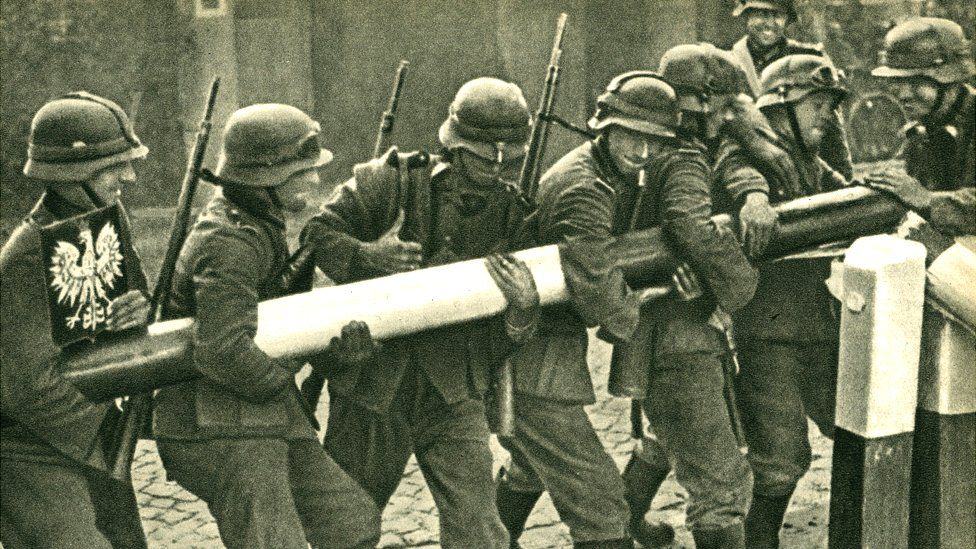 Poland’s prime minister accused Belarus of “state terrorism” over its role in the influx of migrants gathered at the border. Mateusz Morawiecki made the comments during a joint news conference with European Council President Charles Michel in Warsaw.

Meanwhile, the migrants don’t even want to be in Poland but are trying to reach Germany:

Polish helicopters hovered over the scene as some of the migrants chanted, “Germany!”, their desired destination, according to video posted to social media.

Poles are acting as the border guards of the Germans. That is their choice. But if Belarus has no interest in the same, then that is “state-sponsored terrorism”?

Why must Belarus make it difficult for Syrians and Iraqis to travel to Belarus? Because many will then use Belarus as a jumping-off point to reach Germany? Okay, but what does that have to do with Belarus? (Or even Poland?)

Also “terrorism” requires action that is in itself illegitimate. If Belarus is delivering food and shelter to people camped out on its border, if it is making cheap flights to the Middle East and advertising them, yeah that is going to put the EU in a pickle, but it is not terrorism.

Opting not to act as Germany’s marchland is not terrorism.

That said, since then the Poles are also accusing the Belarusians of trying to “dazzle” them with “green lasers”:

#Polish Border Guard Service: Last night we recorded facts of using green laser by #Belarusian services. We presume that in such way they made attempts to dazzle our officers and soldiers patrolling #Poland–#Belarus border #EU #MigrationCrisis https://t.co/U621YRggMI

I am not an expert, but I do think such lasers can blind night-vision goggles?

Not very nice of the Belarusian vehicle to do that, but aren’t even any migrants in the video. It’s not in support of their charges at the border fence.

You know what might be state terrorism, however? Economic sanctions.

They’re a textbook example of collective punishment. Ie of targeting civilians (albeit not for death but “merely” impoverishment).

They also consist of actions that are illegitimate in themselves. They are restrictions backed by state violence on their own citizens from doing business with an entity in Belarus. What business is it of your state-mafia who you do business with?

To be fair most sanctions against Belarus are against named officials which are fine in my book (they’re in the state-mafia game), but there are also economic sanctions against its civilian airline and its innocent employees and dependents. (One truly wonders why an airline barred from Europe wouldn’t try to ramp up its Middle Eastern flights?)

Moreover, the EU is now planning to ramp up the sanctions.

So then we have Poland, which is engaged in collective punishment of Belarusian civilians (by way of repressing its own citizens who would cooperate with Belarusians), accusing Belarus of “state terrorism” for… for not acting as a border guard for Germany. Very persuasive Warsaw.

Also, Poland has dumped over one thousand migrants into Belarus so whose border is really being violated by the other’s security forces?

Asked about the migrants being sent back to Belarus — so-called “pushbacks” — Zdanowicz said Poland had sent back 1,122 migrants since the beginning of October when a law allowing this controversial procedure came into force.